Eclipse Season Kicks off 2019 with a Bang: Here’s how to Make the Most of It.

I always get excited about a fresh new year.

So many potential energy shifts. Pushing away the labors of the past year in exchange for something shiny and (as of yet) untouched, seems mysterious and appealing. I mean, we can hope, right? Astrologically speaking, January’s a brand-new month in a brand-new year and yet, we’re still going to be working on the same themes we’ve worked on throughout 2018.

These lives of ours are vibrant and dull, exhilarating and difficult, and regardless of the perceived newness of a simple calendar change, we’re still knee-deep in soul work that will only continue to evolve as the new year progresses.

Oh hey, guess what? It’s eclipse season again! Eclipses run in pairs, about two weeks apart and happen only at new and full moons. They’re exciting because they’re like a big bomb of glitter (please let it be glitter) dropped right smack in the middle of a certain area of our lives.

In other words, eclipses magnify. As if full and new moons didn’t already “enhance” our lives enough, eclipses pour gasoline on them. Of course, this isn’t a bad thing because many of us thrive under pressure, and explosions do tend to get our attention.

On January 5th, we have a partial solar eclipse. The new moon and the sun will both be in the sign of Capricorn. Invest in yourself and bring new projects into creation. If you’ve been dreaming of doing something out of the ordinary, make the most of Capricorn’s ability to turn effort into gold.

This Capricorn eclipse brings you extraordinary superpowers, but a connection to Saturn says that you must be calculated and strategic; don’t wait for things to just fall into your lap—it’s not about luck, it’s about skill. A pleasant connection to Neptune encourages us to dream big and engage our creative minds (but don’t be flaky, because Capricorn hates that).

In the same way that plants gift us with potent medicines held in their leaves, flowers, and roots, planets bring us wisdom and guidance too. Every planet in the zodiac has a predictable set of lessons that help us see and understand our lives more clearly.

Uranus is the planet that alerts us when we’re stuck. It shows us where need to create change and even how to go about it. When we begin to feel antsy, or anxious, or even rebellious—chances are Uranus is pushing us to reconsider our tired belief systems. Have you been trying to make progress or headway on something but feel that you’re just dragging along? Maybe you’ve been disconnected and restless but haven’t known why?

Uranus has been in retrograde (it’s appeared to be moving backward in the sky) since August 7th, 2018. Now that it’s going direct, look for ingenious solutions to all that drag. Retrograde periods bring problems to our attention, and when the planet begins to advance again, the answers begin to unfold. Uranus moves slowly so expect it to take a little time to refine and revise, but know the time is right to really expand your visions for change.

We’ve heard a lot about Venus lately, but Venus is such a strong goddess archetype and there are many of us (of all genders) feeling called to deeply explore and work on the health of our inner divine feminine.

Venus moves into the sign of Sagittarius on January 7th, and with that move, comes a new sense of freedom. We will feel called to educate ourselves by delving into the real-life experiences of diverse females from around the world. Look for books and classes to come your way, and definitely explore personal stories about sexuality and its relationship to self-worth.

Eclipse number two comes at us quickly on the same day that the sun slips into the sign of Aquarius. Are we ready to shake things up a bit? As I mentioned above, Uranus is the planet of swift shifts (both personally and socially) and happens to rule Aquarius. Uranus is closely connected with this Super Full Moon, which is also a lunar eclipse.

The moon itself is on the sign of Leo; not only do we have the exaggerated impact of a lunar eclipse (much of the world will be able to see it by the way, including North and South America, Western Europe, and Asia), but we have fresh fire energy as well. Leo is about joy and spontaneous self-expression. Letting go of situations in which we have to squeeze ourselves into tiny boxes is a good idea! Staying small and meek is boring, and both Leo and Aquarius have a low tolerance for tedium.

Every one of these planetary “nudges” should feel familiar.

Time is quickening, and if you’re reading this, you’re probably looking at your life (both the personal and the collective version of it) through a different lens these days.

If any of your observations feel daunting, ask your intuition to show you exactly what the planets would like for you to do with all of the hints they drop for you—this month, and every month to come. 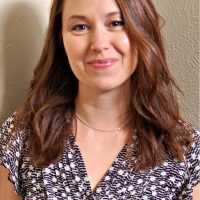 Natha Perkins Campanella is a mama, an Intuitive Life Coach, a podcaster and an Astrologer. She’s a multitasker, obviously. She’s been published on Elephant Journal, Yoga … Read full bio