How Women can Reclaim our Sexual Satisfaction.

According to a lecture on “Female Love and Relationships” I attended last week, this is considered to be “new” information in the 21st century.

Although discussing female sexuality has become more acceptable and frequent in public realm of late, our personal relationship with our bodies and our sexuality has long been complex. And—if over 80 percent of women have faked an orgasm at some point in their lives, while many do so regularly—it would seem that it remains so, despite our growing willingness to speak out about it.

Although this statistic may surprise some men, women already know and confirm that we’ve all done it at one point or another.

Some of us faked it when we were young and inexperienced, confused about what to expect from sex and what was expected from us. Others continue to fake orgasms in their long-term partnerships. I know women who’ve been married for decades and have never experienced a real orgasm in their lives.

Stuck between conditioned beliefs about what a “good girl” is and shame when our natural urges don’t fit into that ideal, most women live with constant self-denial and the need for approval. Pleasure is not allowed: whether we hunger for food or sex. A woman who is obviously sensual and at ease with her sexuality is considered dangerous by both women and men.

Although each woman’s experience is unique, studies show that the reasons for faking orgasms are remarkably similar across cultures: a wish to reassure a partner of his sexual prowess; a strategy to end sexual interactions; and the need to suppress our own feelings of abnormality and shame.

Many women reportedly fake orgasms out of concern that their partner might feel inadequate for not being able to provide the ultimate climax. We often feel responsible for other people’s feelings and would rather tolerate a lack of personal satisfaction than make our partner uncomfortable. Valuing relationships even when they are unhappy, women usually will not take the kind of action that may improve a situation, preferring to say nothing than risk a conflict.

Another reason for faking is “to get it over with,” while allowing the man to feel like “they accomplished something with me,” reports a participant in a study. Knowing that men are goal-oriented, women fake orgasms as a tactic to induce certain behavior: in this case to finish quickly.

Finally, because of our own insecurities and feelings of inadequacy, women fake orgasms when they are not relaxed enough to have a real one. Since many women feel disconnected from their bodies, and are focused on their perceived flaws in appearance, many find it impossible to abandon themselves to the moment of passion, but still feel the need to stoke their partner’s ego.

Sex permeates our culture through images, gestures, and words–but is absent in our conversations.

Fraught with old and unfinished emotional baggage, sex remains a taboo subject even within intimate partnerships.

Many people would rather put up with an unhappy sex life than have that dreaded conversation. Talk about sex is viewed as conflict communication, because it is perceived as threatening. Motivated to avoid negative emotions, we let problems fester, worried that hurt feelings are a threat to our relationships.

Sexual communication is lacking also because we believe the myth that it’s unnecessary. Fed by the film industry, we expect great sex to be spontaneous and to come naturally, where partners know intuitively what the other wants and likes. In reality, great sex does not just happen, but requires skill, thoughtfulness, and the right mix of selfish abandon and mutual attentiveness.

Our behavior in sex tends to follow social “scripts,” which further contribute to the lack of sexual communication. Sexual scripts are heavily shaped by culture and influence our perceptions, expectations, and behavior in sexual situations.

Even if the expectations about women are shifting, both men and women are still influenced by the internalized scripts of behavior with which they grew up. Little wonder then that “men don’t ask and women don’t tell”: doing so would violate the arousal scripts and hence constitute an automatic turnoff.

Further complicating communication is the fact that sexual education is inadequate. Many adults are simply ignorant about their own and their partner’s sexual anatomy. Few of us understand our sexual urges or have the vocabulary necessary to communicate them to our partner.

Education also comes from watching our parents relate to each other—in many cases, unhappily—and how we are taught to view our bodies and sex in general. Most women I speak to did not have meaningful discussions about sex with their mothers. Many discussions about bodies center around appearances, weight, and perceived flaws. Most discussions they did have about sex only instilled fear of unwanted consequences or painted it as a seduction and manipulation tool to secure male attention.

Since we grow up thinking our desires are inappropriate, weird, and shameful, we assume our partners will feel the same. Anything personal we say about sex has the potential to unsettle, scare, or offend our partner. We worry that if we say “the wrong thing” about our preferences, we may be viewed as depraved and be shamed and rejected.

Fear of losing our partner’s approval is a major reason why people avoid talking about sensitive issues. Faking orgasm helps avoid any vulnerable conversations. However, it also removes the opportunity to articulate our needs to our partner and prevents the possibility that they may help us find fulfilment and share intimacy in the future.

Women today are under tremendous pressure.

As we fight for equality and freedom, we inadvertently take on too much, trying to prove to ourselves and the world that we can do and have it all.

At the same time, we still succumb to the unrealistic expectations placed on us by society and popular culture’s images of male fantasy: we must be attractive and youthful, sexy but not threatening, accomplished but available, and never too predictable or we’ll become boring.

A woman today has to bring in a good salary, yet be there to provide a good home environment. She should never nag or be disgruntled, and has to regularly build up her partners’ self-esteem, while being a hands-on mother to his children.

It is no wonder that no matter how far we have come, many women still find it easier to fake orgasm than to openly navigate the minefield of confused expectations: both our partner’s and our own. This further increases the void between us and makes intimacy that much harder to foster.

In extensive, worldwide surveys on both men and women’s sexual satisfaction, the numbers tend to hover around between 45 and 55 percent on average, with more men being satisfied than women. Those that expressed dissatisfaction in sex tended to feel similarly about the state of their relationships. The problem with surveys is that people do not always report the truth, so the real numbers are probably lower considering that most people tend to respond idealistically rather than realistically.

All we have to do is look around to see the many substitutes people have for intimacy and fulfillment. The deep inner sense of disconnect and unbearable loneliness of isolation drives us to various addictions in ever greater numbers: alcohol, opioids, prescription drugs, gambling, food, shopping, affairs, pornography, workaholism…

There are no simple solutions. We are at the forefront of changes and need to start forging a different path for ourselves and modeling different example for our children.

For many generations, sex has not been about pleasure for women, but a tool for survival. We had to fit into the prescribed roles to have access to money and power through unions we formed with men. It was more important to make sure the man on whom we depended was satisfied than worry about our own pleasure.

Today, as more women are financially independent and socially autonomous, we seek connection, intimacy, and safety for self-expression instead.

When we fake orgasms, we not only lie to our partners, we shortchange ourselves—as women who orgasm regularly have higher relationship satisfaction. Since the majority of women cannot reach orgasm through penetration alone, and yet 30 per cent of men believe women only climax through intercourse, we need to be ready to educate our partners in how to please us.

Women are tremendously variable in how readily they orgasm and what makes one woman orgasm can be quite different than what makes another woman orgasm. Explicit and direct communication with one’s partner is key, according to this research.

We need to break free of all the shackles and restraints around sex, placed on us for so many generations. Women and men need to explore new frontiers of relating, through mutual trust and deep connection. Both men and women deal with self-consciousness issues. With true empathy we can assist one another past our challenges.

Sexual empowerment is much more than being naked.

We all yearn to go deeper than surface and into emotional vulnerability, where we can be emotionally naked with our loved ones, and experience a connection that goes way beyond the physical. 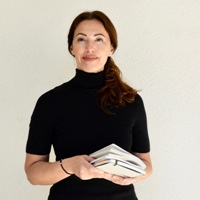