Why Vegan Athletes are Killing It.

Did you know that adopting a vegan diet is one of the most powerful changes you can make to save the planet and improve your health?

Consider this: animal agriculture is the single biggest contributor to greenhouse gases, pollution, and subsequent climate change. And populations eating a plant-based diet on average live the longest with the lowest rates of chronic disease.

“People eat meat and think they will become strong as an ox, forgetting that the ox eats grass.” ~ Pino Caruso

My Journey to Veganism:

After 10 years as a pescatarian and vegetarian, I finally went vegan on June 1, 2016. My motivation was partially ethics—I love animals, so naturally, I didn’t want to eat my friends or contribute to their suffering—and partially health-focused after having read books like T. Colin Campbell’s A China Study, Eating Animals by Jonathan Safran Foer, and Scott Jurek’s Eat & Run.

It became clear to me that however hard it might be, veganism was the only diet that would resonate with my mind, body, and soul.

How would I eat while traveling? As it turns out, I’ve run into relatively few issues staying vegan while traveling, even internationally. How would I meet nutritional requirements? By reading and educating myself on plant-based nutrition. Would I have enough energy? I have more energy now than I did before going vegan. Would I miss animal-based foods? Most meals and treats can be easily “veganized,” so there isn’t much I’m missing out on.

I started my journey by completing the 21-Day Vegan Kickstart program led by the Physician’s Committee for Responsible Medicine—it’s totally free, check it out!

The transition turned out to be much easier than I expected. After those 21 days, I felt great and loved what I was doing, so I saw no reason to stop. The months ticked by, and the longer I was vegan, the more it became a part of my identity. There was no going back for me.

As it turned out, it wasn’t that hard to change my eating habits because any habit can be replaced with a new habit (for example, eggs and toast in the morning were replaced with toast with almond butter). It’s amazing how my taste buds and cravings changed along with my new diet, so there was no sacrifice in enjoying delicious food. There was a bit of a learning curve to cooking vegan, but vegan cooking blogs and online resources made it fun to “veganize” my favorite foods and discover new ones.

Once I settled into my new eating routine, it felt natural…as if I’d always cooked and eaten this way. To this day, my only regret is not having gone vegan sooner.

My Experience as a Vegan Athlete:

I’ve always been active and like to stay busy. I’m a cardio junkie, long-distance runner, and vinyasa yoga practitioner and teacher, so keeping up those activities on a vegan diet was—and still is—a priority.

Not only was I able to keep up, I actually saw my athletic ability improve—in my late 30s no less. After a few months on a whole foods, plant-based diet, I had clearer skin, improved digestion, better sleep, and more energy. Today, I’m stronger and more muscular than I’ve ever been. I’m a faster runner now than I was in my 20s.

Recovery from long runs and intense workouts is easier and quicker for me now. The muscle cramps I often experienced in the past disappeared once I went vegan. Improved recovery in vegan athletes is often attributed to the increased antioxidants in a plant-based diet.

Before finding my way to veganism, my assumptions about a vegan diet were informed by popular myths and misunderstandings—aren’t vegans all skinny and sickly? Many of my concerns surrounded strength and athletic ability—how could one get enough protein, vitamins, and nutrients needed to perform at a high level without meat or dairy?

Like most Americans, I grew up eating the Standard American Diet (SAD) which included the belief that animal products are critical to the human diet. Even as a child, I felt sad about animals dying in order to end up on our plates, but I was told like everyone else that eating dead animals is natural and necessary.

I wouldn’t know there was another option until well into adulthood. It would take many years of meeting healthy, happy vegans and reading a ton about plant-based nutrition, animal welfare, and the environmental impact of animal agriculture to spur a long-lasting change.

Widespread misunderstandings about the viability of a plant-based diet often deter people from trying veganism. But the truth is, not only can you meet all the necessary requirements for protein, nutrients, and vitamins as an athlete, but you might find additional benefits from eating a plant-based, whole foods diet.

Research clearly indicates that a vegan diet improves blood flow, reduces inflammation throughout the body, increases the oxygenation of the brain and muscles, and shortens recovery time.

But what about protein?! Aren’t plant foods lacking in amino acids, vitamins, and minerals that humans need? Truth—there is literally nothing in animal foods that you can’t get from plant foods.

Many vegans supplement for B-12 and vitamin D, but a good chunk of the population is deficient in those regardless of their dietary choice. The complete protein myth was debunked over 30 years ago, and consuming all essential amino acids is easy on a vegan diet, meaning animals products are not necessary to meet protein requirements.

A plant-based, whole foods diet includes a wide variety of vegetables, fruits, whole grains, legumes, nuts, and seeds—eat the rainbow! This delivers high carbohydrates, vitamins, minerals, and antioxidants while being low in fat—all crucial in supporting an athlete’s body. It also makes carb-loading super easy for endurance sports like marathons and triathlons.

Personally, I have found it not only easier to fuel for long runs on a vegan diet (hello, complex carbs!), but also easier to maintain my ideal body weight as plant foods are more nutrient-dense than they are calorie-dense.

I am by no means an elite athlete (okay, maybe in my mind sometimes), but there are athletes from virtually every sport joining the vegan ranks. And they aren’t just surviving but thriving on plant-based nutrition.

If Rich Roll can complete the Epic5 Challenge (five Iron distance triathlons in five days) on a vegan diet, surely I’m not going to have an issue getting enough protein or B-12. Other well-known athletes who attest to the power of plants include tennis player Venus Williams, basketball player Kyrie Irving, Formula One driver Lewis Hamilton, and bodybuilder Nimai Delgado. There are many others, but I highlight these athletes because they are remarkable examples of plant-based nutrition supporting high-intensity activity and subsequent recovery.

Even if you aren’t an athlete, what if a change in your diet could simply help you feel better, live longer, and make less of an impact on the earth?

I believe more people would go vegan if they knew how easy, healthy, and delicious plant-based food can be. Many athletes continue to eat foods that are harmful to their bodies and the environment, thinking they have no other choice to meet their nutritional needs (as I did for many years). But the truth is, there is another choice—the compassionate choice for your body, animals, and the environment.

If you are interested in learning more about eating a vegan diet, consider PCRM’s 21-Day Vegan Challenge or read more at Forks Over Knives. Both resources offer support in transitioning to a plant-based diet and a plethora of recipes for preparing delicious vegan food. 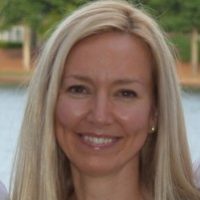