What Choosing a Plant-Based Diet has to do with Human Rights. 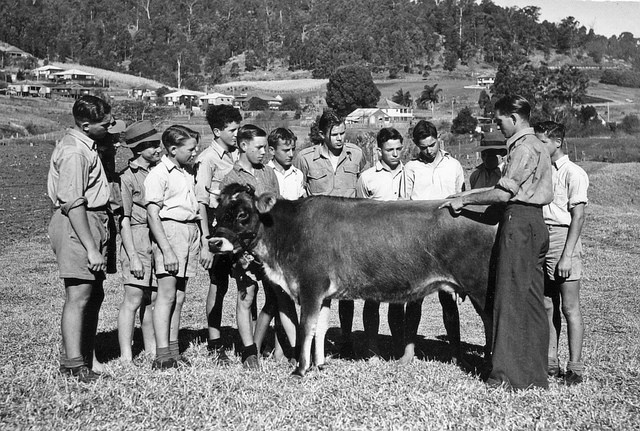 “We are, quite literally, gambling with the future of our planet for the sake of hamburgers” ~ Peter Singer

“As long as there are slaughterhouses, there will always be battlefields.” ~ Leo Tolstoy

“Climate change. Ocean dead zones. Fisheries depletion. Species extinction. Deforestation. World hunger. Food safety. Heart disease. Obesity. Diabetes. The list goes on. There is one issue at the heart of all these global problems that is too often overlooked by private individuals and policy makers alike—our demand for and reliance on animal products.” ~ Christopher Hyner

As an animal rights activist, it is common to hear remarks such as: “What about human rights?”

“Don’t you care about humans?”

“There are so many human problems in the world; let’s solve those first.”

There’s a widespread view that human issues should be solved before animal issues are addressed, as if we need to demonstrate loyalty to our own species before advocating on behalf of other species.

This promotes the ideology of human superiority as well as reinforces a disconnection between humans and nonhumans. What we should be encouraging is interconnectedness—the fact that all beings have the capacity for joy, pain, and fear.

Poor sanitation and waste management on factory farms can lead to the contamination of the food supply with bacteria like E.coli and Salmonella. Concentrated animal feeding operations, or waste lagoons, are massive cesspools where industrial farms dispose of billions of gallons of urine and feces every year. This produces dangerous gases, noxious smells, and dust containing bacteria. People living near these waste pools have an increased risk of asthma, diarrhea, eye irritation, depression, and other health problems.

Harmful compounds like hydrogen sulfide and ammonia are released, which cause negative health effects in humans. It also poses a risk for groundwater contamination. Water polluted with agricultural runoff can damage ecosystems and have toxic effects on humans and wildlife.

2. Hormones and antibiotics used in animal agriculture have damaging effects on human health.

Approximately 70 percent of antibiotics sold in the United States go to animals in the food industry to counteract the effects of poor sanitation and overcrowding, and to promote faster growth. The use of antibiotics in food animals poses a serious threat to human health because it creates new strains of antibiotic-resistant bacteria, as indicated by the American Medical Association and other leading medical groups.

Research has found that milk from cows treated with the hormone rBGH contains up to 10 times more IGF (insulin growth factor) than other milk. IGF has been associated with an increased risk of breast, prostate, colon, and lung cancers in humans.

3. Increased crime rates exist in areas where slaughterhouses are located.

In his 1906 novel The Jungle, Upton Sinclair illustrated the devastating work conditions and living environments in Chicago’s stockyard slaughterhouses during the turn of the 20th century. He made a connection between the killing and butchering of animals and the after-work fights initiated by slaughterhouse workers.

Decades later, criminology professor Amy Fitzgerald has completed various studies that show a definitive link between slaughterhouse environments and crime. According to her investigations, crime rates increase when the number of slaughterhouse workers in a community increases. One such study indicated that slaughterhouse employment (in comparison with other industries) correlates with increased arrests for violent crimes, such as rape and other offenses.

Numerous studies have revealed that child abuse and domestic abuse are often linked to a history of animal cruelty. Several academic studies have found that a significant number of people who commit acts of violence against humans in their adulthood previously committed acts of animal cruelty during their youth. Due to this correlation, animal cruelty reports are routinely used in legal assessments of criminals and the threats they pose. Studies have found that men who abuse their family pets often abuse their spouses and/or children as well.

Serial killers usually begin their sadistic behavior by inflicting cruelty on animals. Jeffrey Dahmer, Ted Bundy, and Dennis Rader are three of the most prolific serial killers known to have tortured and killed animals in their youth.

Slaughterhouse and factory farm employees are overworked and underpaid. They kill and process mass numbers of animals at high speeds, doing thousands of repetitious movements with few breaks. The extreme pace of the work causes a set of chronic physical ailments, including injuries to workers’ muscles, tendons, and nerves.

The majority of employees in this industry are immigrants and refugees. Undocumented workers are faced with the threat of deportation, and supervisors use intimidation tactics to express that replacements are always available. As a result, workers are conditioned to accept a hazardous and demeaning work environment if they want to remain employed.

The animal agriculture industry is responsible for significant air and water pollution, deforestation, and the overuse of fossil fuels. Furthermore, it is one of the leading contributors to climate change and global warming. Over 37 percent of methane emissions result from factory farming. Methane has a global warming potential 20 times higher than carbon dioxide. Global agriculture—dominated by livestock production and the grains grown to support it—accounts for 30 percent of greenhouse gas emissions. Industrial agriculture uses 70 percent of the world’s fresh water supplies.

Much land, water, and energy are required to harvest and transport feed for farmed animals. In the United States, over 260 million acres of forest have been cleared to make room for crop fields, most of which are used to grow livestock feed. Additional resources are required to raise animals, dispose of their waste, transport them to slaughter, and process their bodies.

7. Animal agriculture expends valuable resources that could be conserved to reverse world hunger.

Enough grain is currently produced globally to feed two times as many people as there are on Earth. Seventy-seven percent of coarse grains and over 90 percent of soy grown in the world is fed to livestock. Another source claims that we produce enough calories to feed 10 to 11 billion people worldwide. With the majority of grains used to feed livestock, we are making extremely inefficient use of all of this food. Furthemore, by the year 2050, the earth’s population is expected to rise to 9.7 billion people, which will create even greater strain on the world’s food production resources.

A shift from the consumption of animal-based foods to plant-based foods would enable the production of more grains on existing cropland, which would feed more people while using significantly less of our natural resources.

Consuming a plant-based diet reduces one’s carbon footprint by half, helps decrease the demand for animal slaughter, and improves one’s health, as animal products have been associated with various health conditions such as heart disease, diabetes, and cancer.

If we want to create a peaceful world, we must pay attention to the ways in which human and nonhuman issues are related, and honor the interconnectedness between our species and others. We cannot achieve peace on Earth without animal liberation.

The planet belongs to all of us.

A Few Practical Tips for those Considering Going Vegan.