I’ve been manifesting pretty much my entire life.

Way before I even knew what the word meant. And way before there were hundreds of books and articles written about the subject.

There was the time I got chosen to be in the dance demonstration on a Girl Scout field trip, the time I won the fourth grade class spelling bee, the time I was hired for a job in a group interview (this happened twice), and the many times I won contests or raffles. My childhood manifesting list could go on and on.

But the biggest manifest from my childhood days was in fourth grade. I flat out told my mother and my very best friend that I was going to grow up and marry the boy who lived next door. The boy who ended up moving to another state. And it happened—14 years later! And yes, we’re still going strong some 30-plus years later.

Some might call it luck, hard work, or charm. And I know all those things have a role in what you get in life. But there is also more to it. And in each of my examples, there was definitely a whisper to myself or a statement made out loud, a belief or feeling that I knew it would happen.

The true definition of manifesting will depend on what Google search you do or what book you read. But my own personal definition goes something like this: “A desire or goal that I make happen by believing and giving energy to until it happens.”

I’ll give you my simple version: Belief + Energy + Gratitude = Magic!

I still have to do the work. I won’t win the game unless I play. I won’t get strong unless I go to the gym. But I do believe that manifesting will make the stars align much quicker to make it happen.

Your vibration and energy will start matching with similar people and experiences around you. You might say it is about believing in yourself. And I do believe that is exactly what it is. But I also believe it is like badass magic. 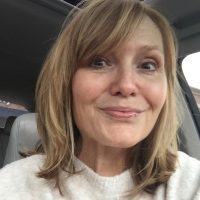