The Feminine and Masculine have to find Right Balance again—if we are to Survive. 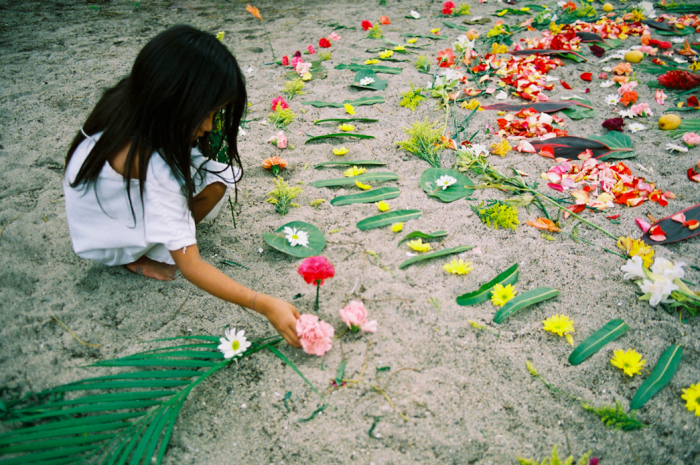 On a recent research trip to Colombia, I had the privilege of meeting and working with the Kogi women of the Sierra Nevada de Santa Marta.

Kogi women have long been ignored, as researchers and tourists alike see the men as more important. This is a pattern that has been set by our academic institutions, the foundations of patriarchy.

Men are the central characters and women the sidekicks.

I was told many times when preparing for the trip that I had to meet with the Kogi Mamos, the male shamans, as they are the powerful and important ones of the tribe. Politely, I responded that I am going there to meet with the women even if they are not the “powerful” ones.

In all the research I could gather, women are a sidenote, and dismissed as subservient. 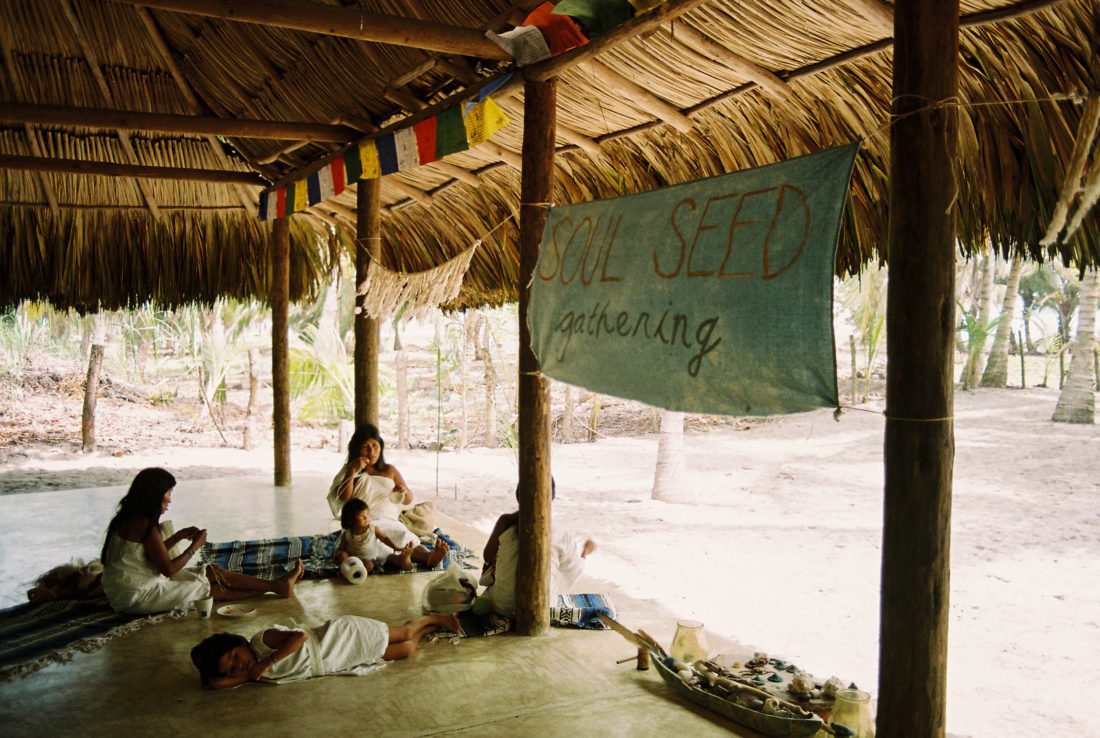 The Kogi people became well-known to the world in 1990, and again in 2012, with help of British documentarian Alan Ereira, when sharing a warning to the world in terms of the health of our planet.

The message was that we, the “young brothers” need to wake up to the self-destruction we are creating. They, the “older brothers,” can see from their sacred mountain, Gonawindua, known as the Heart of the World, that everything is connected, and that great damage is being done to it.

The Kogi women want to be heard by the world now. They see and feel the imbalance of the feminine and masculine in their own tribe, and are realizing the urgency of their message at this time.

Yet, they do not want to be the face or voice of their messages. They have no interest in being on stage, or having the limelight shined upon them.

They fear jealousy from male leaders, or to be accused of “selling” their cultural wisdom by their community. They have seen the damage that has been done to the men who have interacted with outsiders—many have become lost in alcohol, money, and distracted by the attention placed upon them.

The women want spokeswomen so that important change will still take place. They remember a time when the women in their community were as highly regarded as the male leaders.

Feminism is not a new thing apparently—the concept of equality returns to us again and again. It is something we have not been shown in our history textbooks or mainstream media. Yet, this is a story that is emerging through our work with indigenous groups around the world. 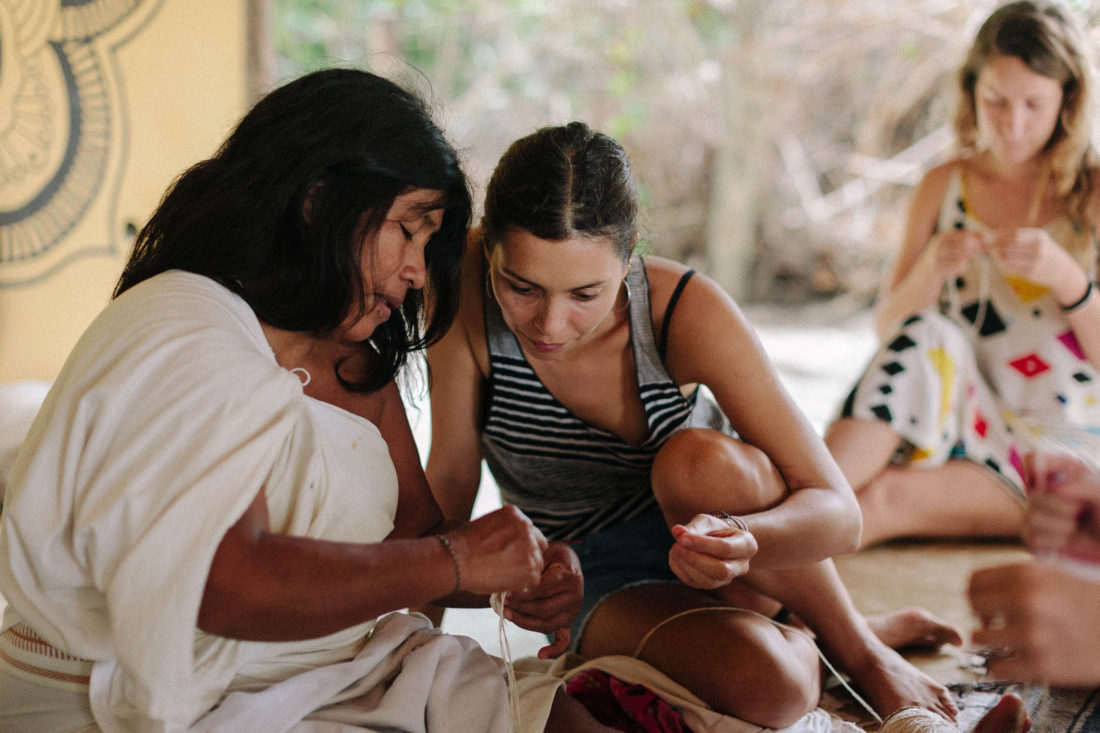 Jaba Teresa, a Kogi seeress, is unique in that she has left her community because of the abuse from her husband. She is one woman who has realized that the tide is turning, that the feminine and masculine have to find right balance again, for us all to survive here on Earth, and it begins at home.

I watch this within my own relationship—how we continually need to find the balance between us. We were both raised in a society where men are in the leading roles, and women show up as support.

What is so striking about Jaba Teresa and her daughter Milena, is the high level of integrity, self-worth, and clarity they emanate. There is no indecision, insecurity, or fear visible. This is something we are all talking about in women’s empowerment, and these women actually embody it.

It is truly striking to be present to women with that power. Yet, we are so conditioned to believe power looks and sounds a certain way that we could easily miss it. 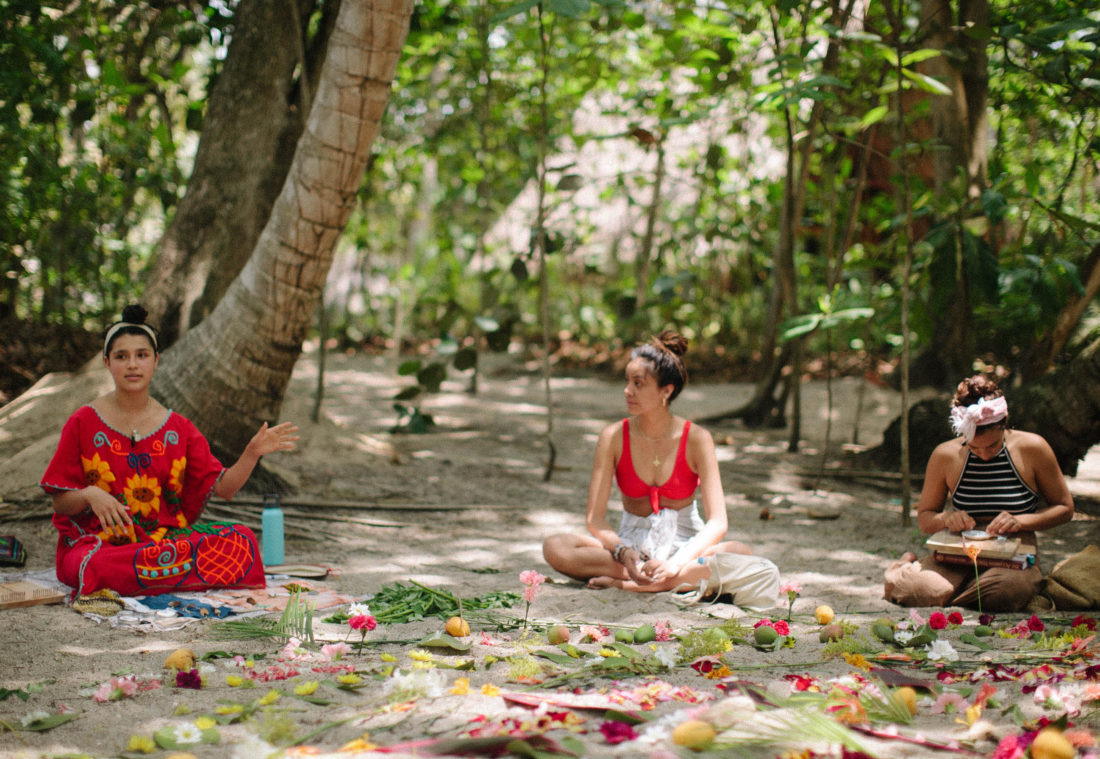 As a researcher, working to understand the female side of the story, I have to continually do this work of deconditioning to not miss it. My process is one of unravelling everything I think I know to be present, listen, and pay attention to what is taking place.

After six months of preparing and researching the Kogi people, just several moments in Jaba Teresa’s company made me realize I knew nothing at all. This was at the same time humbling, transformative, and exciting.

The quiet transmissions of strength that emerged in the mostly silent company of these women taught me everything I needed to know of my own power, and the potential of all women. The ability to have boundaries and say no, without hesitation, is actually a true act of love and kindness.

This is something I’m still learning to enact in my own life, to carry bitterness or resentment, and not to act in ways that are passive-aggressive. To relieve myself of the need to be perceived as nice, and actually remain in integrity by staying truthful. To speak my needs clearly, and seek to find the balance.

We are at an important turning point in time, where we cannot forget the women in indigenous communities. We need to hear their message, and feel their power. They are not simply a representative of our past. They are an important reminder of who we are, and how we can show up in the future.

Feminism is not a new thing apparently; equality is a returning thing. Let us get back there. 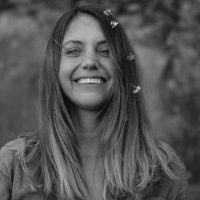 Originating from Wales, Hannah Ruth Dyson is nonfiction writer, motivational speaker, women’s coach and Founder and CEO of Soul Seed Gathering. Hannah has been an expert on … Read full bio