5 Spiritual Lessons from “Bohemian Rhapsody” to take your life to the Next Level.

Freddie Mercury was a master of manifestation.

I watched “Bohemian Rhapsody” recently and was blown away by the spiritual mastery Freddie Mercury possessed. What I found most surprising though, is that he might not have been aware of it.

He was confident, talented, and had a vision for his life.

When we face the world like he did—loving who we are and being passionate about what we do—nothing can stop us from reaching our goals and living out our dreams. In doing so, we gain the clarity to make sacrifices and walk away from people and situations that are not in alignment with our vision.

We can take calculated risks to get to the next level of our personal and professional lives. It is when we stay true to ourselves that greater opportunities show up for us. When we seize the opportunities, our lives grow beyond what we can imagine!

Although the movie doesn’t stick to all the facts, it does show, in essence, the power of manifesting.

Just like “The Matrix” is symbolic of stepping onto a spiritual path, “Bohemian Rhapsody” shows us how to manifest our dreams with five strategies.

Own who you are.

Take a hint from Freddie Mercury and flaunt your uniqueness! Freddie had his own sense of style and unique personality. He wasn’t afraid of being authentic in front of a crowd or in person. In fact, he loved performing so much, he started a band at the age of 12. Freddie would not have pursued his dream had he not been so bold and confident in his gifts.

Many of us tend to hide who we are at our core until we feel safe enough to reveal ourselves to others. And some of us are too insecure and in denial that we possess any gift at all.

To understand what your gift is, think of what activities you are most drawn to and what you have naturally excelled at throughout life. Dedicate more time to develop and practice what you love to do.

The opportunities cannot find us if we are not openly using our gifts. We must acknowledge and use them before the universe can take our lives to the next level.

Boldly act on your intuition.

Freddie Mercury had brilliant ideas. He was a musical genius. He, and the other members of Queen, could have played it safe and taken criticism too seriously. For example, “Bohemian Rhapsody” was almost three times as long as any song played on radio stations; they were told it couldn’t be done and to revise it.

In a nutshell, Queen told producers to piss off and found another way to do it. Freddie took the single to a DJ friend and told him “don’t play this on the radio.” His friend played the song on air several times that weekend and people loved it!

Before music videos were a thing, there were music clips that were much shorter. Freddie had another phenomenal vision for this clip and boldly asked the music studio for 10 times the amount of money it would normally cost to film a clip. The result was a fantastic short film of “Bohemian Rhapsody.” It was Queen who invented the music video.

The only way for us to progress on our journey is by seizing opportunities. When we hold a dream or desire in our hearts, the universe responds to us by sending people, offers, and ideas.

It is our job to boldly pursue these opportunities, regardless of how impossible or difficult they may seem. When we deny opportunities because of self-doubt or insecurity, we block ourselves from growing and learning what we need to reach our goals. Consequently, we become stuck in fear.

We need to stop telling ourselves why we “can’t” and let magic happen by trusting our intuition.

“I had a dream when I was young
A dream of sweet illusion
A glimpse of hope and unity
And visions of one sweet union…” ~ Queen, “One Vision“

The members of Queen considered themselves a family—and rightfully so. Each member of the band was talented; they earned college degrees before starting careers in music and were capable of a successful life on their own; they stayed together because they inspired each other, collaborated ideas and music together, and accepted each other—flaws and all.

It is essential to our growth and personal development to find people who share our beliefs and support each other’s goals. We cannot walk our path and manifest our dreams alone.

Surround yourself with people who believe in you, especially for the times when you do not believe in yourself. Our soul tribe helps us stay strong.

Many of us can say we know who members of our soul tribe are. These are the people that have been there for us at our worst and helped us to be our best.

If you haven’t found your soul tribe yet, do not fret. Once you own who you are and pursue your interests, people with similar goals and values will naturally be attracted to you. Allow people into your life and let go of those that don’t support the real you.

In the movie, the members of Queen cashed in their savings and sold the tour van to record their first album, which launched the band into a record deal. This is not factual, but is a powerful lesson in manifesting goals.

To put this into context, we need to understand the gravity of what selling the tour van would have meant to the band. The van was necessary to make it to each gig. There would be no guarantee of the album’s success and they could have been left with nothing.

Freddie had total faith in his vision and the album became a launchpad into the music industry. The same is true for us to pursue a dream.

When we are serious about making our dreams and goals a reality, we will need to take a risk at some point.

Taking a risk will be the catalyst that launches us from where we are now to where we want to be. It won’t happen overnight, just like earning a degree or building a Fortune 500 business. The risk will look different for each of us depending on our personal desires.

For some, it will be buying the ring and popping the question to a partner. For another, taking out the loan to open a business. For others, relocating from the familiar to another city or country to pursue the dream job or experience of a lifetime.

You will know if it’s a risk worth taking. I ask myself a question to find clarity when I am faced with a difficult choice, “How bad do you want this?” We will do whatever it takes if we want it bad enough.

He was a musical, manifesting genius. I think of him akin to Mozart or Beethoven. Yet, he was a human who made mistakes and ultimately paid the price when he died of AIDS in 1991.

Freddie was insecure about his teeth; he was called “Bucky” as a school boy. Look at Queen’s album photos and notice he never showed his teeth when he smiled. We only see his teeth in pictures or footage of him on stage performing. He was asked why he didn’t pay to get his teeth fixed after the band made it big, and he said he was afraid his voice would sound different if he did.

We tend to put people who have accomplished great feats and/or broken through societal barriers on a pedestal. Dr. Martin Luther King, Rosa Parks, Buddy Holly, and Joan of Arc all had the same human experience as you and me. We automatically believe these people are on a different level than we are—they were not.

They believed in themselves and their mission strong enough to overcome barriers that stood before them and held firm to their values.

There is a saying in my spiritual community that describes the never-ending struggle of life, “The brighter the light, the bigger the shadow.” Fears are meant to be overcome. Sometimes we conquer a fear and uncover another.

How we respond to adversity and use the talents we are given is what determines a person’s greatness.

Freddie Mercury did what he loved and never let anything stand in the way of it, until he physically could not do it any longer. This is how we should all strive to live. 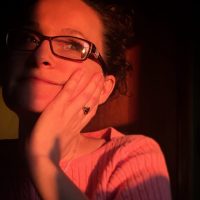 Katey Foor is an intuitive Reiki healer and has been healing others since becoming a Reiki Master in 2015. She is a devoted mother and loves nature, the mindful life, and all … Read full bio