As I clicked shut the door on my long-term relationship a few years prior, I distinctly remember thinking: I can do this, I’ve done it before…I can do this.

But things were different. I wasn’t 21 this time. Suddenly I was almost 30 and it felt murky. So much had changed. I don’t think it’s unusual to lose yourself as you throw everything you have into trying to make something work.

But if there is one thing I have learned of particular significance, it’s how important it is not to compromise your true self, in any relationship. Because if you don’t maintain a healthy relationship with you and things turn to sh*t and you end up in a big, empty house on your own, it can be pretty damn scary.

I remember sitting there alone, feeling like I was in a room with a complete stranger. I didn’t recognise myself anymore. I felt dazed, raw, and confused, and, in all honesty, I didn’t have a clue where to begin.

So I introduced myself to myself, and I took that fragile and jaded woman on a date.

It started at the movies on a Tuesday morning with about six pensioners. There I was, slouched in the back row with a bag of popcorn, watching one of those deep art house movies I could never find anyone else to watch with me. No one asked me questions. No one chewed loudly beside me. No one fell asleep (not that I saw, anyway).

It took some getting used to, sitting there alone. I left my phone behind and just allowed myself to enjoy that moment and everything it represented for me. I walked myself home. It was a pretty good second date, and I’m pretty sure I even got lucky.

Things progressed quickly. Soon came the cosy Friday nights in—pen, paper, music, and my guitar. I’d cook up a storm and dance around in my comfiest clothes, like a lunatic. Yep. Whatever.

Initially, I felt pretty uncomfortable with my aloneness. But then it began to feel almost liberating, and I relaxed into it. I realised it was a gift. I was giving myself time—to nourish, to nurture, and to heal. Now, if I don’t make time for me occasionally, I miss it. I have to book it in and tell people, “Sorry, I have plans.”

And as the months unravelled, I began to understand myself a little more. I began to work on the things I didn’t like and to push myself in ways I hadn’t before. I began drawing new boundaries, and, in doing so, I found myself letting go in a way that was new to me. I began to feel safe.

It wasn’t always pretty. Life isn’t. Change realigns and reconstructs our innermost workings. It’s uncomfortable, gritty. But it’s the nature of change. So, as it seeped at my frayed edges, I began to welcome it. I wanted to grow and forge a new way. I surrendered.

It was messy. It lacked control. It was chaotic. It was wild. And it was beautiful.

Inevitably, some people didn’t understand as I began to shift myself out of old spaces. And I grieved as they began to fade into the background. But my priorities had shifted, and this was important. This was about my happiness. I knew I needed to build a foundation that was strong and real.

So I took my time. I gave myself that time. And slowly, my relationships with others began to deepen in a way I hadn’t known before, and those relationships became so much more fulfilling. I no longer worried about admitting my flaws and weaknesses, because admitting them meant I could begin to accept them—and to accept myself.

Dating yourself takes commitment. It’s more like a relationship with someone else than I realised. It takes work. It takes sacrifice, honesty, and loyalty. There’s a tendency to take it for granted. Sometimes you’re tired. Sometimes you fight with yourself. Sometimes you want to break up and find somebody new, or just escape for a little while.

So I’ve promised myself I’ll continue dating me. I’ll continue to spend the occasional night at home alone with all my favourite things and will commit to it as I would to plans with another person.

So, I have a date tonight. I’ve been looking forward to it all week.

What are you doing? 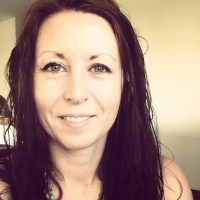 Amy is passionate about nature, holistic medicine, self-care, healing and empowerment. She loves diving deep into life, connection and conversation. She is a qualified naturop… Read full bio