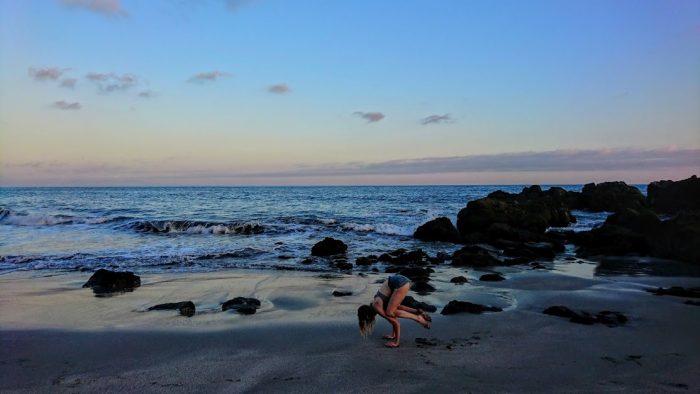 I became aware of my own mortality at a young age.

I would occasionally lie awake in my childhood bed for just a little too long thinking about the fact that I wouldn’t exist one day. It left a hollow feeling in my gut—a mix of shock, nausea, and fear. But it never lasted too long. I would brush if off by assuring myself that death would come a long, long time from now.

Then one day, I became suddenly aware that I might not actually die a long, long time from now.

Of course, I always knew bad things happened to good people. I knew children and teenagers could get sick or suffer deadly accidents. I expressed sorrow and sympathy when I heard of things like that happening to people I didn’t know, but never considered it might happen to myself. I secretly thought, “Thank God it’s not me” and went on in selfish ignorant bliss.

About four years ago at the ripe age of 19, something on T.V.—a movie about kids with cancer—triggered an abrupt, debilitating realization that I could get sick and die before I graduated university, before I got my first mortgage, before I got married, before my parents passed away—before, before, before…

I can’t explain how or why my mind suddenly kicked into that morbid gear. I was perfectly healthy (and everyone I knew, really too) and I showed no signs of slowing down. In fact, when this thought train first started, I was in the midst of a tropical vacation for spring break—living up the magical simplicity of youth during a week of freedom in the sun.

As I went through the rest of that vacation, I was seeing cancer and illness everywhere I looked. I walked around wondering how everyone could act so normal, wondering if I was the only one fearing this uncertainty.

I thought it would subside quickly once I got home but it only got worse. Every little ache or slight “off-ness” I felt sent me shuffling into the walk-in clinic for no real reason other than to be told there was nothing wrong with me.

I felt a bump in my armpit and, after calling my mom crying, went to the walk-in clinic demanding a breast exam and ultrasound. It turned out to be an ingrown hair or something.

One day at work I convinced myself I was having a stroke and forced my boyfriend to take me to the emergency room. It was just a panic attack.

I had never really been a worrier before. I knew I was supposed to just live in the moment and not concentrate on what-ifs but, suddenly, that wasn’t an option. I had trouble concentrating on school and silently wondered why my friends weren’t thinking the same panicked thoughts.

One day, I was sitting on my tiny dorm room bed, body crumpled, eyes wet, my head spinning with all the things that could possibly be wrong with me. I was on the phone with my mom when she suggested yoga or meditation.

It sounded so cliché—but I would have tried anything at that point.

I looked at my floor. There was just enough room for me to lie down. How does a millennial short on time and money learn anything new? YouTube. I put my laptop down, laid out an old pink towel, and sat cross-legged.

I found Yoga with Adrienne and immediately started her recent “30 Days of Yoga” series. The movements provided a release and distraction for my mind. I clung to her words like a lifeline when she said nothing was permanent, that the unknown was not to be feared, and that we held the power to control our own happiness.

I eventually bought a cheap mat and unraveled it on my cold dorm carpet with great satisfaction. Each morning and night, I gave my mind the chance to break from the day’s thoughts and focused on my breath—on how my body moved with each flex of a muscle.

Somehow this added awareness of my body helped my hypersensibility instead of hindering it.

I rolled out my purple mat every day for 30 days.

I had fewer headaches, less muscle tightness—less warning signs of death, as I saw it. I stopped going to bed desperately hoping not to die. I wasn’t perfect—the odd thing would still send me over the edge. But I stopped booking doctor appointments at every chance I got or rushing to the twisted practice of Googling my symptoms. I’d confide in my mom or boyfriend and actually start to believe them when they said “I’m sure you’re fine.”

And when Adrienne said, “Let something go”—I did.

Escaping that headspace was a slow unraveling, like leather boots that gradually give with wear.

Instead of wondering what would happen if the worst hit me like a ton of bricks, I started to remind myself I was alive now and that I might as well make the best of it while I can.

Death was inevitable, no matter when it came. But I saw it for what it should be—an opportunity to, for a lack of better words, carpe diem. I still occasionally catch myself jumping to conclusions these days, but I now have a grasp on how to maneuver it.

Our minds are powerful. At times, too powerful. I’m grateful that I was able to go to battle with my mind and find a middle ground. I know this isn’t the case for everyone. I know something like yoga isn’t a realistic cure for everyone.

But I am grateful that I found a way to work with my thoughts, not against them.

What I learned in the long run was worth the pain.

It triggered a journey of self-discovery that might have otherwise taken much longer to begin.

Plus, I found a sick new hobby and can do some cool arm balances now. 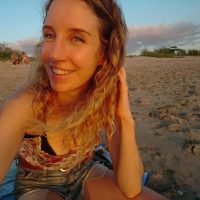 Natalie spends most of her time fostering her passions for food, words, and long walks. She’s a freelance copywriter and content writer based on Vancouver Island. Visit … Read full bio

Conquer Anxiety with this 5-minute Technique. Yoga For Depression: An Easy Way To Fight Depression And Anxiety How Yoga Healed my Childhood Anxiety. 6 Yoga Poses for Everyday Anxiety. How Yoga helped me with my Depression & Anxiety.
See relevant Elephant Video