3 Things I’ve Learned from Being in the Best Relationship of my Life. ~ Melissa Moffet 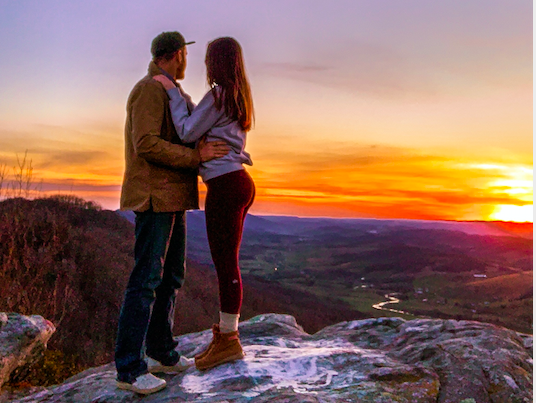 I’m in the most fulfilling relationship I’ve ever been in—and I take full responsibility for that.

I’m dating this guy, his name is Waylon Lewis. Perhaps you’ve heard of him.

But this article isn’t about my relationship with him, despite what the title may suggest.

It’s about my relationship with myself.

You see, I’ve been in quite a few long-term relationships. I used to pour myself into them. They used to consume me. I was the girl who would get out of a relationship and get into a new one immediately after.

I wouldn’t set boundaries, I would become jealous, I would take things personally, and I would back out when it got hard. I’ve since learned how codependent I was. It’s pretty common for people who were raised in households where there was violence or addiction.

After a lot of soul-searching, yoga, meditation, journaling, therapy, reading, processing, taking responsibility, being alone, letting go, opening up, and so on, I’ve come to a few realizations that have changed the way I interact with others:

Let’s take a look at number one first: I’m great and so is everyone else.

I’ll give some examples from my own relationship.

So, Waylon is friends with just about everyone in the whole world, including drop-dead gorgeous, model-looking, intelligent, funny women. Melissa in the past wouldn’t be able to handle that. She would have fallen apart and found some excuse to blame and bail without ever admitting to herself or anyone else that she was insecure. Melissa now has changed.

Waylon told me a quote a while ago that stuck out in my head. One of his idols, Paul Newman, once said, “Why eat a hamburger when I have a steak at home.”

I’m a steak (well maybe in our case I’m the tempeh steak…ohhh or how about I’m the vegan mac n cheese?). This doesn’t mean that I’m better than the other women. Not at all. We’re just different but equally delicious entrées. It means that I trust that Waylon is choosing the vegan mac n cheese when he’s ready for dinner. He’s choosing me.

I want to be with someone who thinks I’m funny and sexy and cute and sweet and intelligent and sees my worth. For that to happen, I have to see my worth first. This means that if he decides he wants a hamburger, I shouldn’t take it personally. It just means that it’s time to find someone who enjoys vegan mac n cheese or enjoy that delicious dinner on my own for a while.

Okay, on to number two: I’m not perfect, and neither is anyone else.

Hot damn. What a relief it is to finally get that through my thick head. I used to push myself so hard—anything less than perfection was unacceptable. So guess what, I was always unacceptable, and so was everyone else I was in a relationship with.

I’ll give you an example. Waylon and I were talking on the phone a few weeks ago. I had something to do and wanted to call him back later. He wanted to chill later instead of talking. My initial response was to get upset. That little piece of Melissa that is still insecure and afraid of being alone started to act up. Waylon could tell. He’s pretty emotionally intelligent. I like this about him. He faced the problem head on before it turned into a temper tantrum by placing a compassionate boundary with me.

I decided I was going to control my emotions instead of throwing a fit that enough experience with fits has told me I would regret later. So I returned to my breath, owned up to how I was feeling, processed a bit with him, and within a few minutes, I was back to my healthy and not overly attached self who loves independence and space and wants Waylon to have that, too.

These revelations haven’t just changed the way I interact romantically; my friendships have become deeper, less judgmental, and more supportive. My relationship with my parents has been through a lot of healing, and I’m the closest to them I’ve ever been.

I’m still learning how to use the power of these beliefs to create healthier relationships. I still screw up and say the wrong things, get mad, or embarrass myself. I’ll always be learning how to be a better partner, daughter, and friend.

Thankfully though, I’m doing a pretty good job of learning. I’m proud of myself for getting better and being open to learning (please refer to number one). I don’t have to be perfect. I can forgive myself for messing up just as I will forgive others (refer to number two).

And as I screw up, I can continue learning how to bring myself back to the true me, the one that’s filled with love and gratitude for the people around her (refer to number three). 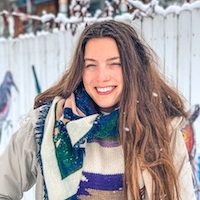 Melissa Moffet is a mindfulness, meditation, yoga, and dance teacher who teaches students, classes, workshops, and retreats around the world. Through her online mindfulness an… Read full bio