Is it time we told our children the full story of where meat comes from?

When my four-year-old vegetarian daughter (who has never eaten meat) asked me if she could eat a sausage roll because her cousins were eating them, my reply was more Hans Christian Andersen than Walt Disney.

It made me realize it was time to explain to her, in a child-friendly way, why we didn’t eat meat at home.

She asked, “Can I have that bread thing?”
I said, “Yes, it’s a sausage roll. It has dead pig inside.”
She declined to eat it.
I think I was a bit extreme…or was I?

It was the first thing that came into my head to say, because this is the truth. I didn’t make it worse, nor did I sugarcoat it. I want her to know all the facts so that she can make an informed decision about eating meat.

Most of us would agree that we should educate children to be loving, kind, and compassionate. Is there anything more gentle and compassionate than adopting a plant-based diet? We teach our children to love and cuddle dogs, but we serve them pork on their plate. We tell them to recycle their plastic, but we don’t talk about the biggest driver for climate change. I can’t help but question the mixed messages we are sending here.

With each generation, there is a chance to right the wrongs of the generation before, so let’s do this with our children and maybe we can save life on planet Earth.

So why don’t we eat meat, and what exactly are we talking about?

By 2050 there will be 10 billion people on the planet, so how can we feed everybody?

The EAT-Lancet Commission published a report last month that made it clear: if we don’t move to a plant-based diet, the planet cannot sustain life on Earth.

A plant-based diet would tackle the global epidemics of obesity, under-nutrition, and climate change. Not only is a plant-based diet the best for the planet, but long-term studies show it is also the best one for our health.

The Canadian government’s 2019 food guide has even taken away animal protein as an individual category (plant-based protein and animal protein get equal standing), and completely removed dairy, saying to drink water instead.

Q: What is the biggest step each of us can take to help control and stop the devastating effects of climate change, deforestation, and the pollution of our rivers and oceans and to improve health and provide sustainable food production?

A: Stop or dramatically reduce the amount of meat and dairy we consume.

So, if we want to have an honest conversation with our children about animal agriculture, what would it sound like?

Below is an excerpt from a children’s picture book I have cowritten. It is part of a series of books called Big Questions for a Brighter Tomorrow. It’s a child-friendly way to explain why we don’t eat animals and help them to choose how they feel about it
too. The series tackles questions from our own children who are part of the generation growing up vegetarian and vegan. We hope these books will speak to the next generation of trailblazers and compassionate and loving kids with open minds.

What is that thing pork, which people put on their fork?

Mum, What’s inside a sausage roll?
It’s the meat that comes from a pig,
The subject of how it gets there is something fairly big.
Let me tell you the story of a pig called Bella,
And her little piglet that she named Ella.
Ella was born on factory farm,
Sadly it wasn’t a cozy barn.
Lots of pigs were kept all squished together,
They didn’t go outside, not even in fine weather.

Soon Ella realized that life here was locked behind a door,
It wasn’t great; she needed to find something more.
The piglet who loved to play and dance,
Knew escape would be her only chance.

Just as Ella was to become meat,
Super Livi and her crew performed an incredible feat.
They heard her dreams of being free in a field,
So they rescued her and brought her where she could be healed.

As she stuck her snout out to feel the sun and the breeze,
Magically she started to breathe.

And this is where she had her happy end,
Dancing in the mud with her new pig friends.

So now you’ve considered a different point of view,
Choosing what you eat is entirely up to you.

And as for Peppa…

Did you know that pigs are one of the most intelligent animals on Earth? They are smarter than dogs—and we don’t eat dogs. Their cognitive abilities are even more advanced than a three-year-old child.

Pigs like to play and are very social creatures—they can even play video games. They can live into their teens and are protective of their families and friends. However, when raised for meat, they are slaughtered between four and seven months of age, having lived only a 20th of their lives.

The onus falls to each and every one of us. Our individual environmental efforts are going to have to stretch further than recycling our plastic, choosing the so-called free-range option and buying the nut butter without palm oil.

We can’t stick our heads in the sand any longer. It’s time to stand up and take action to be part of a movement that we can be proud of. Let’s open up a dialogue with our children and together make the world a healthier place.

Maybe we don’t have to go so far as to ask if they’d like to eat Peppa Pig, but maybe we can be a little bit more forthcoming with our kids about these big issues; they are the future and they deserve the choice.

Being vegan is no longer the playground of hemp-wearing hippies. It’s hip, it’s cool. Vegan is the new black.

If it seems too difficult to dive straight in and ditch dairy and meat, then here are some suggestions:

>> Garden. Get outside with your kids, make friends with Mother Earth. Plant seeds, tend to them, and watch them grow together. Plant some easy-to-grow vegetables in the garden or in pots and then eat them (cress is easy and quick if you don’t have outside space).
>> Shop for fruits and vegetables together with your kids. Have them involved with preparing the meal. Chopping things like mushrooms or bananas is easy, even for tiny hands.
>> Cut down on dairy by switching to alternative milks (oat, rice, soy, nut milks).
>> Add a new plant-based recipe to your repertoire each week.
>> Meat-free Mondays—as well as at home, introduce the idea to your children’s school.
>> Eat one plant-based meal per day (if you already eat a plant-based breakfast, then eat plant-based food for lunch, too).
>> Collect some recipes and jump in and try a plant-based/whole-food diet for a week or a month and see what a difference you can make.
>> And, as always, don’t look at it from the perspective of what you’re giving up, but what you’re gaining. And from us, who once were meat eaters and are now plant-based, it is the most liberating and happy decision we have ever made. 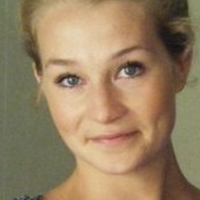 Keziah Breslin lives in London with her two daughters and her husband. She is one half of Big questions, Brighter tomorrow, a series of children’s picture books about gro… Read full bio