We Fathered Ourselves: Rewriting the Narrative of what it means to be a Man.

“I call out to other male warriors to be accountable for the actions of our gender, not in a way that is self-hating, but in a way that is courageously self-honest and genuinely compassionate. The heartfelt warrior acknowledges the error of his ways, and has the courage to do all he can to make amends over time.” ~ Jeff Brown

The fact that it wasn’t explained to me until I was older did not save me from the pain I felt—pain that I was told not to feel because boys don’t cry. Mom said that things weren’t always this way; my infant and toddler years were full of rich moments with family, and she recalls that I was one supremely happy kid.

I don’t think that I cared too much at the time about these “adult” issues. My little brother and I were having all sorts of fantastic adventures: we built forts in the woods, climbed trees and rooftops, and rode our bikes everywhere—we were just being boys.

My mother had little time to be with my brother and me after my father left, so we were alone most of the time. I was the man of the house, or so I thought.

Heartbreak from lack of a father figure was becoming a common theme for me. I’ll never forget the day that I had to get to my little league baseball game on the other end of the city. Mom was working, so it was the first time that I was going to take a city bus on my own. I remember seeing a bus pull up and getting on it only to find out soon after that it was the wrong one.

Holy sh*t, I was so scared.

I got to the field eventually and was asked to pitch my first game ever with no one to watch it. Half of my attention was on the bleachers in hopes that my father might appear. He didn’t, and I didn’t do so well. The sting of abandonment went deep that day. I gave up playing after that season.

I felt incredible pain from this real incident and others like it. Pain that I had no idea how to process without help. My mom put me in counseling, but for some reason I shut that out and bottled up my pain—I think part of me felt that I shouldn’t need to talk about my feelings.

What I came to realize, as I grew into an adult, is that this happens to millions of children, and I am deeply saddened by this reality. I hate how this same baseball scene is played in movie after movie, driving the point home to us that dads can’t be trusted to show up at important moments in our lives: “Liar Liar,” starring Jim Carrey, “Hook,” starring Robin Williams, and “Blended,” starring Adam Sandler. (The list is much longer, but these ones came to mind quickly.)

Regrettably, this lack of patriarch is no new phenomenon in our American culture. According to the U.S. Census Bureau, 19.7 million children—more than one in four—live without a father in the home. One can assume that these numbers are derived from fathers who weren’t there to begin with, left for whatever reason, or passed away. Yet, these stats don’t represent the number of fathers who are in the home but fail to engage with their children in a loving and meaningful manner—causing as much damage as those who are absent.

More and more, children are left to father themselves, an enormous duty they often fail to achieve. In the case of boys, not having a strong father figure present during their formative years can create a major rift in their understanding of manhood.

My mother did everything that she could to raise two boys in the absence of my father, but there’s only so much that she could teach me about masculinity. I believe that she wanted me to be a good man and to treat women well, but laying such large, unspoken expectations on me as I transitioned from a boy to a man backfired.

John Eldredge writes in Wild at Heart that “sometimes, [when] the mother clings, the boy will try to tear himself away, violently. This typically comes in the teenage years and often involves some ugly behavior, maybe some foul words on the part of the young man. She feels rejected, and he feels guilty, but he knows he must get away. This was my story, and my relationship with my mother has never been good since.”

Eldredge’s story is the same as my story too.

Many young men suffer when the father is unable to model the way to manhood and the mother tries to fill that void. Can anyone be blamed? I don’t think so—there’s no benefit from blaming—but we need to start seeing that we are starving for male role models.

We’ve all seen the harm left behind by a father unable to cope with his own demons, but what’s frustrating is the shortage of men modeling how to overcome the damage before it is carried forward to the next generation. My father’s father left his family, moving several states away, the same as my father did to us. In his inspiring invocation, Chaim Dunbar says, “The sins of the fathers will surely curse their sons.”

A friend of mine was raised by a father who went to prison for child molestation committed against his older sister. He was about 13 at the time. Both children were forced to father themselves, yet this friend is now one of the best fathers I know. His story is inspiring and proves that we can overcome the sins of the father.

Let’s look at the fatherhood issue from a macro level for a moment:

How are men in politics viewed? Many presidents in recent times have been cast as a liar and given any other number of poor attributes for people to dislike. This issue dates to Nixon’s Watergate scandal, which decimated the public’s trust in government. Not to get offtrack on issues concerning politics, but it begins to explain our negative views of men in power for several generations now.

Men are stupid and disposable—at least this is the message kids receive from the media. It most often appears in the television shows and movies that are directed toward children. I see them all the time when I check out what my kids are watching. Look at sitcoms and commercials over the past 30-plus years: what’s not right is that male characters either aren’t there, or worse, they are emasculated.

Mythology and religion also offer many stories of bad fathers. It is a rarity to find examples of good fathers in fairy tales and mythology. No good fathers exist in major Greek mythology and very few are in the Old Testament. Robert Bly writes in Iron John that “when the mythological layer collapses, and the political kings fall, then the patriarchy, as a positive force, is over.”

We need more models of authentic masculinity—a term which expresses a man’s truest version of himself; strong yet warm, purposeful yet playful, powerful yet loving.

Yet, instead of being offered help, many misguided men are feared and labeled as “toxic.” This is not of benefit to society. These men need to learn about the importance of integrity and how to apply it in their life. Shame and anti-masculinity campaigns are not the solution.

We all have a stake in this issue, and I implore each of us to seek opportunities for uniting men into a sense of community rather than perpetuating this “lone ranger” mind-set that encourages isolation.

Men have a strong need for validation, and need to know that we can remove this armor that we wear. We can recognize that and then become models for the countless men who have grown to father themselves.

“Real men are builders of just laws and freedoms, of bridges of friendship and righteous roads. We are builders of better tomorrows, for our children, and for all good men and women.” ~ Arun Eden-Lewis

Some men have discovered their own authentic masculinity as I have. I come from a long line of failed fathers; my father and my grandfathers on both sides abandoned their families. Yet here I stand, proud father of two sovereign daughters who I embrace every chance I get.

How did I do it? I found my own mentors. My music teacher in high school was my model of how to be an authentic man, husband, and father. Was he perfect at all times? I don’t know. All I know is that he treated me as well as his son and taught me many lessons on not only how to slay it as a jazz musician, but how to live with integrity, smile, and stand tall—even when life got difficult.

Just like anyone else, I’m far from perfect. It takes a great deal of work to overcome the wounds that we’ve been dealt growing up in a world so averse to authenticity—a culture so afraid to challenge and teach fathers to consider their legacies and heal their wounds. But wouldn’t it be amazing if these fathers learned how vital their authenticity and contribution is before they are faced with picking up the pieces in their own broken families?

Let’s see more examples in media and films of fathers showing up to their kid’s games, maybe even being the coach with grateful parents in the stands. The same goes for dance recitals, plays, concerts, parent-teacher conferences, and many more activities that men may feel don’t fit in with their role as a father.

Celebrate the simple actions such as the fathers who take their daughters out to buy a new outfit at her favorite store. Simple things like this on a social media feed are powerful and can go far in the minds of guys who might think that work is the priority or that clothes shopping is not what he should be doing.

These are model examples of dads showing up for their kids. Let’s find more of them and honor their actions for the importance that they hold for future generations.

Our future depends on it. 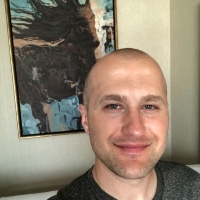