We Keep Trying to live out these Fairy Tale Romances—& it’s Ruining our Relationships.

After exploring the myth of a knight in shining armor, two authors agree: it’s time we all get naked.

Since I was young, I dreamed of being a knight in shining armor.

My childhood left me with an abundance of insecurities and a lack of self-esteem. Growing up in an alcoholic household, imperfections were hidden and “I’m not good enough” was the prevailing feeling. It was a lonely childhood, and I thought the only way to have the life I wanted was to someday reinvent myself as some kind of hero.

That hero would don a suit of armor. I’d be protected and strong, feeling safe as my heart lay buried beneath iron and steel. The romance and masculinity of it appealed to me so much that I learned to ride a horse.

By the time I left home for college, I had figured out that I could simply hide my insecurities and shame beneath a constructed suit of defenses, and no one but me would know. I built my suit of armor one plate at a time, adding layer upon layer as I aged. I learned to value my self-worth by my ability to rescue women.

It was f*cking heroic.

I became what I thought women wanted. Rescuer and protector, larger than life. Armed with a lucrative career, I wore my success on my sleeve. Wrapped in charm, I would choose my partner while keeping the focus far away from my tattered heart.

I courted her with gestures and dinners. Seduced her with bravado and gifts. In a whirlwind of romance, the world would fall away as I swept her off her feet like Richard Gere in “An Officer and a Gentleman.” I won her heart and married her. More than once, as it turned out.

As my relationships developed, my suit became a burden as I would slowly suffocate inside of it, unable to maintain the façade. It had been perfect for falling in love, less so for staying in it.

After the initial rescue fades into the distance, we are left with day-to-day life. We can only rely on our highlight reel for so long. What happens after that is a bit more problematic. Knights don’t do housework.

As intimacy fights for space to grow, we are asked to be vulnerable enough to show up emotionally. But we can’t.

We don’t know how to take off the f*cking suit.

That same vulnerability that was so attractive in our partner is also the last thing we want her to see in us. Afraid of imperfections, we fear being exposed as frauds. Without taking emotional risks, we are merely prisoners inside our suit, terrified of being stabbed through the heart. If we are unwilling to step out from the suit, we shall remain impenetrable, invulnerable, and lonely.

Ironically, the very suit that “gets the girl” is the same one that assures we won’t keep her.

While we think it’s a sign of strength to lug the armor around, the most courageous thing we can do is take it off and allow ourselves to show up and be seen as we are. It is an act of bravery far greater than wearing a suit of armor.

It’s time to shift the paradigm.

Tall, dark, handsome, and masculine. This is the stuff fantasies are made of.

I swoon as Christian Grey gallops in on his regal, white horse to save my ass. I sigh with relief; my knight in shining armor is here! I wake up with a jolt.

There are women who choose men well. I am not one of them. The quest to find my knight started in childhood when I first bought into the belief that a woman needed a man to save, rescue, and protect her.

Maybe the idea was cemented when my stepfather menacingly stated to my mother, “If you leave me, you and the kids will end up on the streets of Detroit.” Or maybe it was after watching “An Officer and a Gentleman.” Richard Gere’s character swoops in to rescue Debra Winger from a menial factory job, so she can escape a life of small-town drudgery. Or, could it be all those fairy tales I earnestly devoured?

It’s the digital age, and women clearly know they can support themselves and find fulfillment without a stereotypical, impassive, movie-star man, yet we see dating apps like Millionaire Match and Sugar Daddy For Me, to name a few. Intrinsically, many women are still looking to be rescued.

As a single woman, I experience waves of anxiety as I ponder the possibility of life alone. Could it stem from my mom’s rhetorical question, asked in a sympathetic voice, “You don’t want to be alone the rest of your life, do you?” Perhaps my anxiety ramps up when well-meaning men state, “You know you’re not getting any younger.” I wonder what my daughter’s intentions are when she suggests that I sign up for Seeking Arrangements. Does she also doubt my ability to fend for myself? I start to mistrust my own capabilities.

These same doubts gnawed at me as a naive young woman.

This lack of confidence and a messed up belief system led me to my knight at the tender age of 21. He was decidedly dark and handsome, and very masculine. He grew up in New York City in an area where the mafia controlled every street corner. He rode with a bat in the back seat of his car—for protection. He spoke tough, acted tough, looked tough, and I loved it! He was confident, charismatic, and he made me feel safe.

I desperately wanted to be rescued and swept away. I came from a family that was broken and dysfunctional, and I wanted my knight.

Many women are drawn to stoic, emotionally unavailable men who, once we love them, won’t take the damn armor off. We never receive the affection, love, and emotional support we didn’t know we desired. And, it’s not the man’s fault. They gave us what we wanted–safety and security.

Then, we change the rules on them and want more–more emotion, more vulnerability, and more connection.

How can two people possibly maintain a connection with an iron plate wedged between them?

The more they withdraw behind the armor, the more discontent we become. We can only try to earn a man’s love for so long before we either surrender to a life of disconnection and agonizing loneliness or leave altogether.

It’s time for a paradigm shift.

Men need to shed the suit because it no longer serves them. Because men are enough without it. For too long, vulnerability in males has been seen as a weakness, not a strength. But masculinity and strength come from the willingness to be both brave and afraid.

It’s time for men to show up and be vulnerable and open. And that would be truly heroic.

Women need to release the belief that they need a knight. Because women are enough without one. For too long, women have overlooked men who courageously remove the armor, openly express their emotions, and speak with honesty and authenticity.

It’s time for women to show up, stand on their own two feet, and rescue themselves. And that would also be truly heroic.

“It’s not fear that gets in the way of showing up—it’s armor. It’s the behaviors we use to self-protect. We can be brave and afraid at the same time. But the armor suffocates courage and cages our hearts. The goal is to create spaces where armor is neither necessary nor rewarded.” ~ Brené Brown 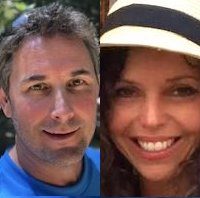