Notre Dame: an Eye for an Eye will indeed make the Whole World Blind.

I realize that my voice is a small one in a chorus of contrasting opinions, but I want to simply suggest that we bear witness to the climate of competition, bitterness, judgement, and intolerance that is rising on our planet.

And instead, I suggest we apply a profound principle from the teachings of Christ and other great spiritual and secular teachers, and do unto others what we would have them do unto us.

In the light of this consideration, let’s rethink some of the momentarily popular responses to the flames of Notre Dame cathedral, and consider that a burnt cathedral is not an equivalent unit of measurement to a destroyed rainforest, just as a burnt mosque does not represent equivalency to children starving in Yemen. In the same vein, nor does destroying a gorgeous, hand-painted sacred book in a Tibetan monastery in any way help the people of China.

Our world, this dimensional reality, is not a pie to be sliced up until it is all gone. It is a living, breathing, eternally expanding organism with a vast range of possibilities. The kind of extraordinary artistry and craftsmanship that went into the creation of Notre Dame deserves acknowledgement, like any other sacred landmark, or any other irreplaceable and profound example of human creation.

Yes, the money donated to the rebuilding of the cathedral reminds us that there are limitless causes and deficits around the world. But it is vastly simplistic to suggest that if a cathedral is torn down rather than rebuilt, the money meant for its repair is the answer to lack around the world.

Do we think we are helping solve the destruction of the rainforests by posting pictures of it next to a burning cathedral? The millions of environmental activists on Facebook don’t need such a meme, and the wealthy donors who have pledged to rebuild Notre Dame will surely either be untouched or offended by it. All this does is make us feel righteous behind a computer screen.

Art in itself is profoundly valuable. If we were to burn all the great works of art of Western civilization, this would not make right the suffering of developing and colonized nations. If a magnificent German violin is damaged, it makes no sense to throw it on a fire because of the Holocaust. If a Renoir painting is torn, it achieves nothing to decide not to repair it, suggesting that the money spent could have paid for shoes for children in the Congo because they were once colonized by France.

There is a spirit of vengeance underlying some of the responses to the Notre Dame fire. If a woman is raped, the answer is not to wish for her assailant to be raped in jail. This central theme of retribution is one of the most destructive and unconscious elements of our “justice” systems around the world, and it is far from a mature response to any loss or suffering.

Yes, those affected by the Holocaust deserve our deepest acknowledgement and compassion, but destroying an exquisite violin won’t mitigate their pain. Yes, children in the Congo need shoes, and yes the wealthy may play a great role in shifting the balance of need in the world, but throwing out the painting to buy shoes is not an equivalency, in fact it is an either/or belief rooted in lack and fear. The issue of how to best help those in need around the world is so complex we could debate it for hours, but one point which is becoming increasingly clear is that effective financial assistance requires a great deal of careful consideration.

I am far from a fan of the Catholic church. But there is grace and beauty alongside darkness in every spiritual expression. I personally do not enjoy most churches but I know many wonderful souls who do, and while I am opposed to many of the tenets and practices of Catholicism, we cannot deny that deep faith always represents a desire for healing and union.

If we feel the answer to our shadow is to burn down all forms that may house it, we might as well set the whole world on fire—including all the yoga studios of gurus gone wrong, all the concert halls where we listen to those fabulous, dead, white composers, all the corner pubs where beautiful folk music is played while people get drunk, have random sex, and take on negative entities, all the great jazz clubs where amazing musicians perform and then abuse their female backup singers, all the galleries housing great art bought and exploited by the very wealthy looking for ways to hide their dirty money.

But what if instead we were to align with and draw forth the compassion every tragedy elicits, rather than use the moment to crush the beauty that exists in all aspects of our search for the Divine?

When we take the damage of Notre Dame and respond by denying the impact of the loss upon those for whom the cathedral held great meaning, we are reduced to a small-minded response rooted in our own pain, our own need to feel superior. This earthly dimension will always be one of extreme inequalities, because while we are each one of us worthy of comfort, safety and love, we are far from equal to one another.

The shadows of jealousy, greed, intolerance, and dominance are rooted in human fear—and they live in us all. It is true that power and wealth often magnify these shadows, as we have witnessed throughout history when those who once were enslaved take power and become just as dark as their previous oppressors.

On Easter weekend, a holy time for devout Christians, I honour the incredible artists who were responsible for the expressions of divine love that went into the creation of Notre Dame Cathedral. While I may personally eschew Catholicism and am horrified by so much of what has taken place in its name, I respect the right of others to find the beauty in the innocent aspects of their faith. While I may feel that some of the wealthy do not use their money with sufficient generosity, I do not believe I will change their minds by tearing down what is dear to their hearts.

I will not dance upon the grave of my enemy. I will lift up those who have fallen. I know that we live in an infinite universe, and that it is through our mutual awakening that answers may and will be found. 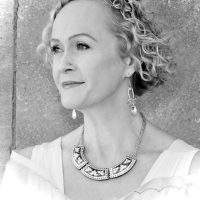 Adi Kanda is an intuitive, author, teacher and songwriter who, for more than twenty years, has studied and practiced processes of cellular healing and the development of consc… Read full bio

Though Notre Dame’s Flames were Put Out, another Fire Continues to Rage On. This is Not a Contest of Mourning: Notre Dame, Black Churches, & Beaver Dams.
See relevant Elephant Video