Why Tai Chi isn’t just for Old People in the Park.

He moved like a cat in slow motion—graceful but with bursts of power and a way of being that was impossible not to watch.

It was 6:30 a.m. and I had just finished a sunrise run on the bike path in Santa Monica. There are only a few of us on the path before light, mostly homeless, and we give our morning wave or nod and celebrate the birth of a new day.

But his was the first time I’d seen this martial artist.

His name is Nzazi Malonga, or Master Zi, and he has been my revered teacher, treasured friend, and Tai Chi master since that day over 20 years ago. There is so much wisdom in this one man, and while he is indeed a scholar, he would say the power is not him—it’s Tai Chi.

“Be Tai Chi,” he repeats year after year.

Tai Chi is an ancient martial art originating from China. It is a moving meditation designed to build Qi, or life energy, in the body. The movements are martial, but also have meaning, and its benefits are both physical and mental. The Mayo Clinic and Harvard Medical School have done studies documenting these benefits. Tai Chi decreases anxiety and depression, improves mood, aerobic capacity, flexibility, balance, and strength. It also increases our energy and stamina.

The set, or series of movements, I learned that first day is the same one I do today. The movements are continuous. You can’t tell when one movement ends and another begins, but it’s important to finish one movement before you start the next.

“Don’t think, feel,” Zi would say. So frustrating for a beginner who was concerned about doing the movements correctly.

“If you are a beginner, stand in the middle. There will always be someone to show you the way.” He gave little instructions like these with the intention of helping us get out of our heads and into our bodies.

“Stay behind and you will never get lost.”

Human nature is predictable, and our bodies divulge what is happening in our mind. Our shoulders creep up to our ears. “No tippy toes,” Zi would say to someone who was thinking ahead. “The mirrors lie” to those who couldn’t help but check on how the pose looks rather than how it feels.

Feeling your body—really feeling it—builds proprioception, your sense of body position and movement through space. And this builds balance, which is beneficial for athletes and essential for the elderly.

Each movement has a martial implication. Stork Spreads Wings is how you flick someone off your back. Repulse the Monkey is how you ungrasp your wrists from someone’s hands. The movements are also lessons for life. Riding Horse Stance, or Wu Chi, is the place of non-judgement. We pick the fruit of right action and then reject vanity.

The movements are poetry: hands like clouds, presenting the lute.

Over time—years, in fact—I learned the movements and how to be precise with them. You move with your head floating, spine straight, gaze ahead, turn at the waist, feet flexed, and hips open. When placing your foot, do so gently—“like you are stepping on an iced-over stream.” Your entire body and mind move together.

Millions of people practice Tai Chi in Asia, but in the West, it’s less popular. The benefits take time and we live in a culture of immediate gratification. Tai Chi is a practice you can do your entire life, which is one reason it’s known as something for the older generation, but the earlier you start, the healthier you will be.

We hear a lot of talk about yoga, which is also transformative, but different. To me, Tai Chi feels like a meditation for your entire body. You feel the energy flowing through your meridians, your joints loosen, and tension dissolves. It’s a different way of dropping in than sitting on your meditation cushion or yoga mat.

Just like yoga though, it may take a while to find an instructor you connect with. Zi has a tendency to tease us, which I find helpful and refreshing. Others don’t. When a slightly-too-pumped, leaning toward arrogant man enters class, Zi will ever so slowly throw the guy across the room to get his attention and show how powerful the moves can be.

Practicing Tai Chi has helped me be centered and relaxed in the most difficult situations. It has also improved my focus. Before I speak for an audience, I do a set in my head to erase the jitters.

Friends from class have become family and our energies synchronize into a communal flow. The group I have been practicing with all of these years was scattered by the Malibu fire—two of them lost their homes and businesses. It’s been seven months and while we haven’t found a way to class yet, we will. We always do.

Is Tai Chi for old people in the park? Yes, but it’s also for everybody. The 250 million people who practice it may be on to something. 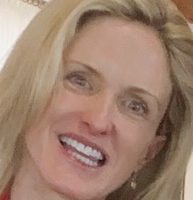