Confessions on Toxic Masculinity from a Straight White Man. 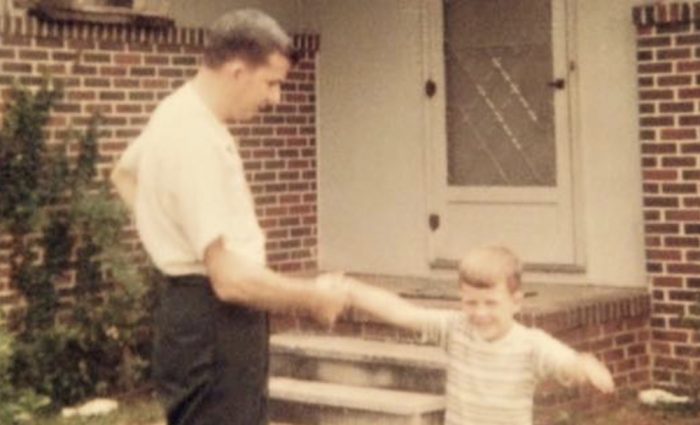 From time to time, I enjoy watching mixed martial arts, James Bond movies, and professional football. I drink my bourbon neat and find some pleasure (or at least before my third back surgery) in lifting heavy weights.

Oh, yeah, I wear cowboy boots a lot, too.

And I realize all of these are departures from much of my Buddhist perspective on life. They are also considered, by many but not all, to be traditionally more masculine pursuits.

Yet I also enjoy reading and writing poetry. And I’ve recently found a taste for Italian white wines. Japanese gardens are among my favorite escapes. I tend to hug all of my friends, both male and female, share some of my deepest fears with a select few of my male buddies, and every time I watch “The Notebook,” I sob. These would not, I believe, be traditionally described as particularly masculine traits.

As a child, I watched black-and white-films of John Wayne on Saturday morning television. He was a pretty cool persona, and I’m sure I thought of him as masculinity personified. In my late teens and early 20s, I moved on to find other screen icons like Sylvester Stallone and Arnold Schwarzenegger, who no doubt shaped something of my perspective of what it meant to be a man. And between those years, it was the likes of the more urbane Phil Donahue and Alan Alda that eased their way into my consciousness.

While being a woman is, without a doubt, a far more challenging thing, being a man (whatever that means) is not without its challenges. Fortunately, the men who have most influenced my sense of what manhood means were my father, his brothers, and a few other mentors who have had a profound influence on me. And I shouldn’t neglect to mention the role my mother had in shaping me as a man.

I’m profoundly grateful for all of them. Being born at the right place and time and into the right family is remarkably good fortune.

And while manhood, in some ways, is in a bit of an existential crisis, there are still men in the world who can help shape boys into healthy adults. I meet them and work with many of them every day.

They are faithful to their wives. They tell their children they love them. They go to work every day. They pay their taxes. They are far from perfect. They fail, just as I have, in myriad ways—and they own their failures.

But I worry about the future of boys and young men who perceive manhood to be what they are exposed to on mass and social media. I worry what they will learn from a president prone to name-calling and what appears to be much worse. (To be clear, name-calling isn’t the province of the president of the political Right alone.) I worry about the alleged conduct and influence of men like Jeffrey Epstein and Harvey Weinstein.

Surely, none of these men define healthy masculinity.

Definitions of manhood, I know, vary by generation, ethnic heritage, and faith. And since I’m a heterosexual, white, middle-aged baby boomer, who spent years involved in a moderately evangelical church community (and left some years ago), I can’t really speak to the struggle of what masculinity or manhood means for African Americans, Asians, gay, or trans men.

But I can say that the question of what it means to be a man needs to be addressed, perhaps now more than ever. And I’m sure we don’t need to find a monolithic answer to that question—even though I heard a lot of that in my experiences with the Christian church.

Maybe the question is, What is it to be a human being in 2019? Or, better yet, What kind of human beings should we be?

I’m fairly sure we should all be kinder. I know we should more patient. And we should all probably be more courageous, in both our private struggles and in the public arena.

In a recent conversation with a woman I’ve known more than 40 years, she referred to me as “woke.” I’m not entirely sure I know what that means. And I’m not even sure I like the term, because it seems to imply a bit of self-righteousness. But she meant it as a compliment. And I’m profoundly grateful she thinks well of me.

But I said it was confession time. The truth is, I need to work on all those things I’ve suggested human beings—and especially men—should be. I’ve failed at them countless times.

In the future, I’m going to invest a little more energy and time contemplating the issue of what it means to be a man in 2019. I’m sure there will be those who will take issue with some of what I suggest.

But a dialogue—one that is kind and patient—about the topic seems to be acutely important. I will write a bit more about that in the future.

For now, I’m just going to focus on what it means to be a human being.