Wise Kings & Boy Tyrants: How to Support Healthy Masculinity in the #MeToo Era. 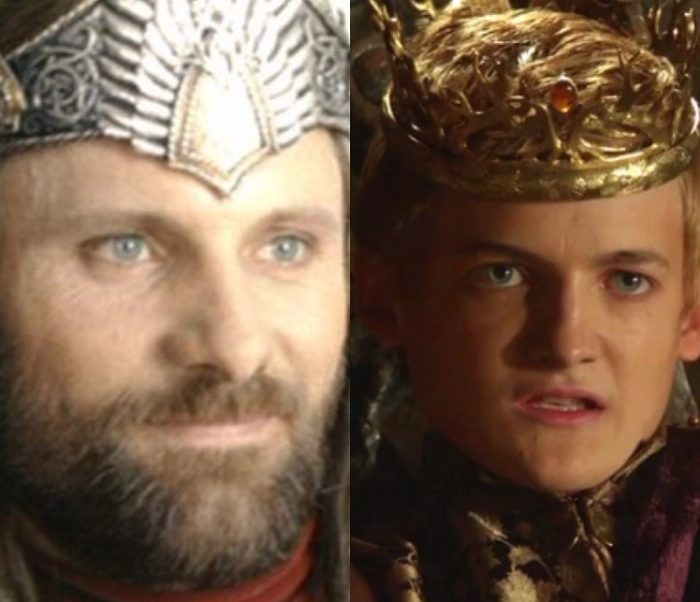 We need to talk about masculinity.

Not a day goes by, it seems, without another headline exposing the horrible behavior of powerful men. Despicable forms of male violence and abuse that were once swept under the rug—in the name of “boys will be boys”—are now being called out by women who refuse to be silenced or shamed.

The recent testimony of Dr. Christine Blasey Ford, revealing her alleged sexual assault at the hands of Supreme Court Justice nominee Brett Kavanaugh, is powerful proof that “business as usual” in America has changed forever.

I’ve tried to ask myself some tough questions about what role men can play in the healing of these deep wounds of sexual assault and abuse. As a man, what’s the most helpful thing I can do?

And then, even larger questions emerge:

What does it mean to be a man in the 21st century?
What is masculinity?
Can masculinity be a force for good in this world?

For most of my life, I’ve had an uneasy relationship with masculinity. I grew up with a father with serious mental health struggles who walked out on my mom and I when I was 13. Like too many boys, I developed what psychologists call a “father hunger”: a deep desire for masculine role models. But few were around.

As a teenager, I turned to artists for inspiration, idolizing long-haired musicians and poets. My dad had been a professional baseball player, so I wanted nothing to do with sports. I wanted nothing to do with the kind of Southern masculinity I saw around me growing up in South Carolina: Bud Lights, pickup trucks, hunting and fishing on the weekends. I grew my hair long, wrote poetry, and felt nothing but contempt for the “suit and tie” men who ruled the world.

I was a man who always prided myself on being in touch with my feminine side. My respect for the feminine grew out of my admiration for strong women, like my mother who raised me by herself during my tumultuous high school years. Looking back, however, I see that my connection with the feminine was also rooted in a profound disconnect from images of mature masculinity, particularly in the context of relationships.

I was married for several years in my late 20s and my ex-wife often told me that she wished I was more masculine in our relationship. I didn’t know how to rise to this challenge. I loved her, I was kind to her, and I did everything I could to make her happy. But I didn’t understand what kind of man she wanted me to be. Our marriage didn’t last long. By age 30, I was divorced, heartbroken, and I still had no idea what it meant to be a man.

In my journey to heal these personal wounds around masculinity, I turned to spirituality and psychology for answers. I came across a book recently by two Jungian psychologists, Robert Moore and Douglas Gillette, entitled King Warrior Magician Lover: Rediscovering the Archetypes of the Mature Masculine. In the book, the authors explore four dimensions of masculinity and how these elements express themselves—both positively and negatively—within each man.

The King, for instance, is an archetype that symbolizes how a man uses power in the world. In its positive manifestation, he is a wise and noble leader. His focus is on the common good, the benefit of all. He provides for and protects the ones he loves. He finds the moral courage to make tough decisions. He corrects the injustices created by tyrannical rulers. He is aligned with his highest purpose.

We see this theme echoing throughout mythology, religion, literature, and modern film. This is Aragorn crowned as King of Gondor at the conclusion of “The Lord of the Rings.” This is Simba taking back his father’s kingdom from the evil Scar at the end of “The Lion King.” Women, of course, express many of the same qualities when they embody the archetypal Queen. When the land has fallen into darkness and evil, each of us must look to our own inner nobility to restore what is good and true.

In its negative manifestation, however, the King takes the form of a Boy Tyrant. This is the pathetic man who knows only how to dominate and abuse. He rules tyrannically over his sad kingdom in order to hide his own deep immaturity and powerlessness. This is King Joffrey ruling over Westeros in “Game of Thrones.” This is Jack and his boy-hunters descending into savagery in “Lord of the Flies.” This is Donald Trump tweeting from the Oval Office. These Boy Tyrants are often quick to claim that they are in fact the “real men,” the real exemplars of masculinity, but their bravado is only a mask designed to hide their deep wounding and insecurity.

These Boy Tyrants are capable of horrible deeds and the worst crimes of patriarchy. But this crisis, I would argue, is not merely a political matter. The problem of the Boy Tyrant cuts through the heart of every living man. At the ground floor of patriarchy are millions of wounded, broken boys who were raised by wounded, broken fathers. When these boys turn into tyrants, their inner wounds and brokenness are certainly no excuse for their horrible behavior. But if this world is going to change for the better, if the worst abuses of patriarchy are to be stopped, we must begin with the healing of wounded boys.

Let me be clear: I’m not asking women to do this work. I’m asking men.

Men must begin to do the deep inner work of healing our own wounds and nourishing those places within us left starved by “father hunger.” We must provide a shining example to those boys with no model of what it means to be a good man. We must help reconnect them with a masculinity that is sacred, wise, just, and fiercely compassionate. We must emphatically state that abuse and assault, especially toward women, have no place in sacred masculinity. We must talk to our brothers, our sons, our friends, our co-workers, and fellow men everywhere about what healthy, positive masculinity looks like.

We must embody the wise and noble King, the one who restores goodness to the land.

Luckily, there are road maps for this work in the rituals, mythologies, and religious traditions of the earth. As the great mythologist Joseph Campbell tells us in his classic work The Hero with a Thousand Faces, one of the great deeds of the mythological hero is the redemption of the tyrannical father. This is the heroic deed at the heart of the original “Star Wars” trilogy, which I loved as a young boy. At the climactic end of “Return of the Jedi,” through his compassion for his tyrannical father, Luke Skywalker is able to bring Darth Vader back from the dark side.

This must be our hope, rooted in the great myths of the earth: that the Good Son, full of light and love, can redeem the Dark Father.

This must be the task before all good men in these dark times: to hold fast to the light, and to bring back our lost fathers and brothers from the darkness. 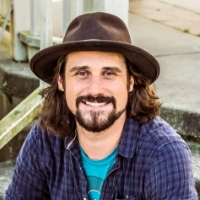 Image: "Lord of the Rings"/IMDB

10 Unmistakable Signs of a Woke Dude. A Call to the Sacred Masculine: 10 Daring Invitations from the Divine Feminine.