10 Unmistakable Signs of a Woke Dude. 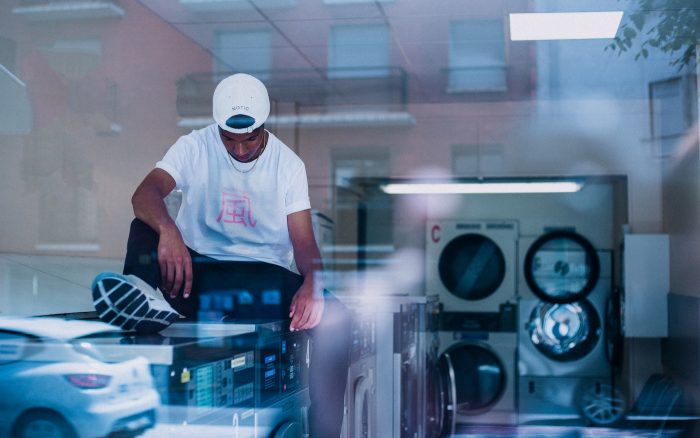 Let’s be honest: this latest news cycle has been rough.

The situation with Brett Kavanaugh and Christine Blasey Ford along with the subsequent Senate Judiciary Committee hearing was just plain disturbing.

First, because the country has gotten to such a place where a person like Kavanaugh is being considered for the Supreme Court at all and second—and even more difficult to reconcile—that sexual assault is now debatable fodder for social media trolls to weigh in with their misguided and awful opinions.

It seems like all of the news coming out of Washington is screaming pretty loud and clear, “We don’t care!” to women everywhere, and it’s hard not to feel angry. We need to revere our women, not disenfranchise them.

I will leave my humility aside for a moment and shout it to the world: I am a “woke” dude.

I feel it internally and viscerally when a woman—and in these recent days—when all women are being subjected to the insensitivity of the patriarchy and the pervasive fraternity culture.

If you think you too are a “woke” dude, check your attitudes against the following 10 traits:

1. He wants to smash the patriarchy. Men have been running the show practically since the dawn of time and, well, look where we are now. A reality TV personality and confessed sexual predator is running the country and giving all of his gross friends positions of power. It’s time to try something different.

2. He welcomes the anger. Some men take it personally when women take to social media to vent their scathing anger. Sorry, but that makes you less than “woke.” A man “in the know” understands exactly why there is so much vitriol and even feels pretty good when he sees it.

3. He raises courageous daughters. I have three daughters, and because of this, I feel as though I have been given the precious opportunity to help socialize them differently than women have been socialized in the past. I don’t play into this princess pretty narrative. My girls don’t have to learn to be beautiful. They were gifted with that at birth. What they need to learn is to be tough and to be fearless.

4. He raises emotionally intelligent sons. As long as we are tossing aside the age-old habit of teaching our daughters to be passive and deferential, why don’t we also teach our sons to be sensitive to their needs as people in this society. Isn’t it about time?

5. He will not watch mainstream TV or movies. Let’s face it, the mainstream is where most of the unhelpful stereotypes of women live. Shows such as “Second Wives Club,” and “The Platinum Life” do absolutely nothing to raise women up in our society. Woke dudes won’t go near it. We experience a natural revulsion to it.

6. Powerful women make his heart throb. I have had the pleasure of meeting one of the most powerful female CEOs in the country recently, and I have to tell you, I almost turned to putty. There is nothing that makes me feel better about being alive than the thought of a woman running sh*t. It’s nothing short of life-affirming.

7. Relationships. A woke dude approaches intimate relationships with the idea that he is there to give and not to get. The days of the average schlub going into a relationship and politely jumping through the right hoops to wind up in the bedroom—those days are coming to a close. And, really, this cannot be a bad thing. As woke dudes, we need to help cultivate change in society and this is a great place to begin.

8. He never objectifies women. This thing that I see some guys do—you know, where they leer over beautiful women like they’re inspecting a side of beef—that’s pretty gross. A woke dude keeps his eyes in his head and his neck straight. With all of the challenges that women face in our culture, the average guy does not need to add to it by engaging in this type of behavior. Besides that, it’s creepy.

9. Sexual attitudes. A woke dude views sexual relationships as the manifestation of something larger than a notch on a bedpost. Sexuality should be an organic outgrowing of feelings toward someone you care about intensely. Anything less than that is simply lame. A woke dude is never lame.

10. He listens. A woke dude knows the inherent difference between actively listening to their partner and impatiently waiting for their partner to get done talking, so they can continue with their overblown ideas. Women have had the grave misfortune of enduring this sort of behavior since time immemorial.

Now I may have left a few things out, but I believe this captures the essence of what it means to be a “woke” dude. Either way, whether you are pro level woke or just getting there recently, it doesn’t really matter too much.

What matters is that you understand the need to change and you are trying. Right now, as a society, we will gladly accept any attempt you’d be willing to make. We need to get behind our women now more than ever.

7 Reasons All Men Should Be Feminists. For those who want a “Spiritual Man.”