Why I left him 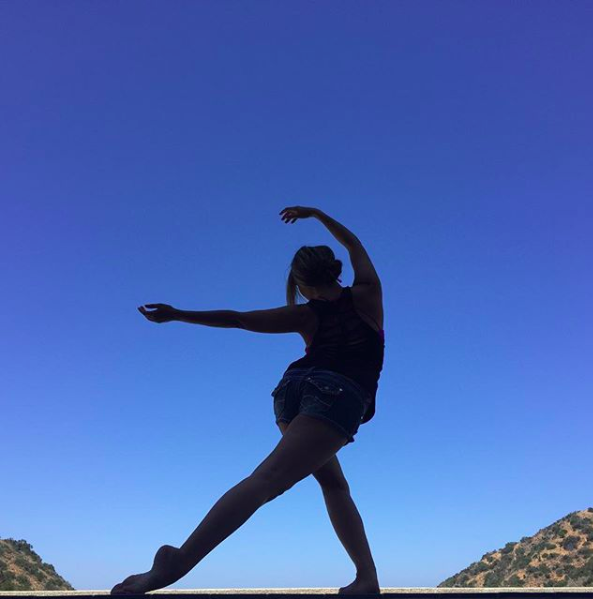 It took me a long time.

I broke up with him twice before it stuck.

The first time, I did it five days before my birthday. There’s never a good time, and I knew it wasn’t right, and I knew I should leave, so I did.

“Happy bday,” he texted me five days later. “Wanna go for a ride? I got a helmet for you.”

So on my birthday, I went for my first motorcycle ride with my non-boyfriend-boyfriend.

As we flew over the Golden Gate Bridge, my arms wrapped around his, the whole of the city behind us, the green of Marin ahead, the brilliance of an actually-sunny day in SF and the whoosh of the moment in my ears, the exhilaration took over and I whooped! I was free to the wind, free to the world for that moment. When we took off our helmets on the other side, I shook my hair out and my eyes shone and he grinned and me and I grinned back and I was happy.

He took me to dinner after.

We got back together a few days later.

I wasn’t happy for long.

We were very good at our toxic dance.

We had the kind of sex that lights the whole world on fire, that makes you forget everything but that moment, those sheets, those hands, this way you arch, that way she breathes.

But we also had those cold-war fights where nothing’s really happening but everything feels wrong. You know you did something. You know he’s not happy with you. But when you ask what’s going on, it’s, “Nothing.”

So you wait. You wait and hope that at some point he reveals the mistake. The thing you did that set him off. Only when he gets set off, he doesn’t lash out. There’s no yelling, no fighting, no telling.

There are just dark silences and brooding footsteps. There’s just the slight lean away from you on the bed, the subtle shutting you out. There are the small cruelties, the sharp short jabbing comments, the kind that hide like snakes that can slither right out of sight and be covered up as “humor.”

There are the derisive looks, the cutting eyes and the sulks. The anger, silent, seething, under the surface all the time but never quite coming up for air. Your own Loch Ness monster in the backyard that both of you denies exists, but especially him.

There are the car rides with no words, the desperate racking of your brain to get it right, to figure it out, to determine what it is you did wrong to have the tap of love shut off so fully and absolutely and profoundly. The door of affection slammed right in your face, locked up tight and away, with bolts.

Only one day, I found the bolt-cutters.

It was kind of by accident.

The first step was falling to my knees on concrete, on a street near my house, falling to my actual knees on the sidewalk and thinking, “I want to die.”

The second was a conversation with family I was a part of (in that silent, distant way you are when you’re depressed, where you’re there and occasionally you say things but your mind is going a mile a minute and you’re not really present). Someone said, “I mean I had to move because I didn’t want to get struck by lightning!”

And I thought: “I’d love to get struck by lightning. Then this would be over.”

Dimly, I became aware that this probably wasn’t normal. To want to be struck by lightning so that life was over so that I wouldn’t have to deal with the trauma and the endless, excruciating, painful dance of childhood that was being reenacted here in this entirely unhealthy relationship.

Except this time I’m not a child. I’m an adult, and adults can use bolt-cutters.

I walk down to his house slowly, deliberately, from mine. I am walking down and as I walk, I am meditating, on foot.

I don’t know the name for it at the time, not really. But I am slowly repeating to myself, “When you need them, the words will come.”

The words will come.

It’s probably no surprise, then, that I’m used to endlessly rehearsing words in my head. I’m used to crafting speeches like this, especially when I’m nervous or unsure or don’t quite know how to handle it (which I don’t). But I’ve also found that that doesn’t always work — the rehearsing part.

Sometimes there’s a need for things beyond words.

So I’m not rehearsing this time. This time I’m just repeating: “When you need them, the words will come.”

To do that, I have to tell him.

When I walk in, he asks me if I’m all right.

He sighs and looks away, then sits me down in his living room (not his bedroom. He can tell something important is happening.)

We just look at each other for a few seconds.

He doesn’t know it, but I am waiting for the words to come.

It seems so simple as a beginning, but it’s right. I can feel that it’s right. And I’m surprised at how strong my voice is, despite it being soft.

He says nothing, but I feel him listening closely.

He looks into my eyes then, because he can tell there’s that, and there’s something else.

It makes me a person.

“And I can’t take care of myself here, in this, with us. I’m afraid I’ll get sick if I stay. Really sick.”

Now I’m the one who looks down. I am as surprised by the words as he is. I trained myself to let the words come as the moment came, and I am both thrilled and surprised that it’s working.

The words are moving me.

He looks over his shoulder, his jaw working. I can tell he’s digesting.

I wonder if he grasps the depth of the hurt that I have experienced at his hands. The depth of the anguish the origin of which has nothing to do with him. The shadowy repeat of the rollercoaster that was my childhood, reenacted in vivid horror with inevitable accuracy.

“I understand,” he says finally.

“You do?” I ask, the tears finally coming. They’re silent. A steady stream down my face, the battle-weary soldiers of countless nights of wondering, watching, wanting, waiting. The loneliness aching across the bed. The divide as complete as a Nordic winter.

Then he says something I wasn’t expecting:

“I wish I could have been the one who made you happy.”

The moment on the motorcycle comes to me. A moment. A moment in a vast sea of time. One frame in the larger reality of being with someone cold. Withholding.

The memory of calling him, me confessing my emotional response to something (“I did that to try to control you, to make you stay … I’m sorry.” And his response in return: to snicker. “OK…”)

He doesn’t say anything, but I can tell that got in.

Later, he will write me a seven-page letter and read it to me aloud, telling me — finally telling me — that he saw me. That he saw how hard I tried, how long I stayed, how much energy I put into communicating and making an effort and taking responsibility and reaching out and bravely exposing my heart to him even when it was really, really fucking hard.

And how little he gave in return.

Not materially, but of himself. Of his own heart, his own vulnerability, his own truth.

I have used the bolt-cutters now, and the chain has fallen away.

The gate is open.

“OK,” I say, sniffling. I get to my feet. I feel shaky and strong and detached all at the same time.

He walks me to the door.

There’s no discussion about swapping stuff, or fixing future plans we had together.

I leave. I pull my jacket around me and slowly walk back to my place, my face turned toward the clear clean ocean-heavy air.

When I look up, the moon is there. A round bright orb, steady and strong in the night sky.

There are no stars.

At home, I settle under my comforter, in my bed. I’m not shaking the way I thought I would be. I feel remarkably calm.

I have no dreams.

But the next day, when I wake up, even before I have opened my eyes, I can feel a smile spreading all the way across my face. It’s tingling open my nerve endings, opening the cells of my body up to a whole new day.