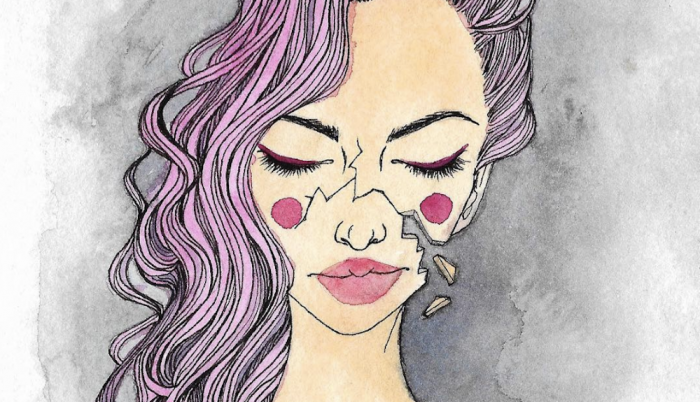 Mental illness is not new to me.

Since my early teens, I’ve battled with one diagnosis or another, always fighting to keep my head above the water and not let myself lose the war with myself.

I’ve tried a lot of different things over the years to keep myself stable: medications, yoga, meditation, aromatherapy, counselling, and a whole host of different therapies—some more successful than others.

Over the last 18 months, I’ve attended weekly group therapy sessions—something that I vowed I would never agree to, but in the end my desperation to be well outweighed the fear of having to spend an hour and a half each week talking to people who I had never met before.

As my time in group therapy draws to a close, I have begun to reflect on the things that it has taught me.

These are the five things that therapy has taught me:

It sounds simple, but I’ve never been particularly good at allowing myself to feel, and I know a lot of other people have similar experiences. But therapy taught me that emotions aren’t the enemy, that to feel the emotions, to sit with them and tolerate them, is the path to healing and making peace with your inner demons.

To be able to feel is what makes us intrinsically human, and, yes, it can be debilitatingly painful when negative emotions overwhelm and consume us, but it can also be breathtakingly beautiful to be filled with joy and contentment. Those moments of darkness partly serve to remind us that the light exists, and when we can begin to see the light after what feels like endless darkness, it is so much sweeter.

Therapy taught me that it’s okay to feel whatever it is that we are feeling; there is no shame in feeling positive or negative emotions.

2. It can get worse before it gets better.

I went into therapy with the idea that every session I went to, I would leave feeling like the weight of the world had been lifted off my shoulders. That couldn’t have been further from what I experienced.

At the beginning of my time in therapy, I left almost every session feeling worse than when I came in and I questioned whether it was worth continuing—and nearly quit. But by continuing to persevere, I learnt that this was all part of the process of unpicking the past and learning how to heal.

3. Whatever you’re going through, you’re not alone.

Before I started group therapy, I didn’t really appreciate the value of knowing I wasn’t alone. I knew that other people had similar struggles, but there was something about having that knowledge that didn’t really click with me. But when you’re faced with a group of people who are sharing their stories, it touches you.

Over the months I spent in group therapy, I began to appreciate how much of a positive impact that hearing the stories of others—and sharing our own story—can have on our own recovery. Recovery and healing are messy, but it’s comforting and humbling to share that journey with others.

Sometimes the emotional pain that therapy can unveil feels so overwhelming that it can be easy to think that it won’t get better or that you simply cannot survive it.

But I promise that you can.

It won’t be easy, and there will be times when you just want to give up—but it does get better, I promise.

When I first started therapy, I was in such a dark place that I didn’t believe anything could help me, but out of desperation I stuck with it in the hopes that a shift would come, and I’m glad I did. It didn’t happen overnight, but gradually for me the darkness and pain began to ease, and I was able to breathe again. Something I believe would not have happened without therapy.

The final, and arguably the most difficult, thing that therapy has taught me is that therapy won’t fix you. And maybe that seems a bit pessimistic, but bear with me.

At the beginning of my journey, I was adamant that this was my last attempt at recovery and that if it didn’t cure me then I was out. What I came to realise though is that the end goal of recovery isn’t to be cured from mental illness. Rather, it’s about managing it and still being able to live a fulfilling life.

The work of therapy is ongoing, and it doesn’t stop when our weekly sessions come to an end. Therapy won’t cure us, but what it will do is provide us with the tools that we need to navigate the complex tangle of our life and mental illness, allowing us to manage our symptoms and overcome any obstacles that we come across.

As I come to the end of my journey in therapy, I’m more able to appreciate the progress that I’ve made—progress that I would have previously dismissed as not enough. But it’s not about reaching a certain goalpost; therapy is about exploring and understanding ourself and our problems.

I’m by no means cured, but I’m better than the shell of a person that I was 18 months ago.

Maybe you’re a bit of a connoisseur of therapy by now, or maybe your journey into therapy hasn’t quite begun just yet. Either way, I want you to know that you are not alone; I can see how hard you are fighting.

We can, and will, get through this. 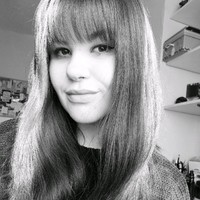 Abbie Hambleton is a writer, blogger, photographer, and lover of all things creative. She usually writes about her experiences of mental illness, and poetry. You can find more… Read full bio

Real Awakenings are Not Elegant—they are Messy, Ugly, Shattered & Raw. I’m a Therapist, but I Won’t Fix You: 5 Questions that can help us Help Ourselves. How we’re Doing Therapy Wrong—According to a Therapist. The 9 Things your Therapist wants you to Know. “Am I Crazy?”—a Therapist shares the Secret behind Why we Really go to Therapy. 8 Unusual Ways to get Better Therapy.
See relevant Elephant Video