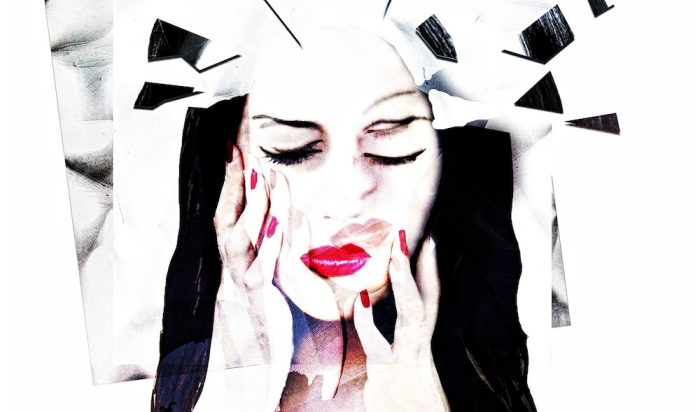 I had been holding this space within myself since the end of my marriage.

It’s a space that was shaped by a wound. A puncture of my metaphorical skin, a breaking of that which covers my most inner and sensitive parts.

It caused a tender and raw opening of the self. I am ever-mindful of its presence through the various forms of pain it presents. I have nursed this wound, handling it gently, offering care and rest when I can. It is awaiting the knitted, rope-like covering of scar tissue.

This space that I hold has become a carrying place. The place where I carried great loss and the dark weight of mourning. The place that composed the obituary I wrote and rewrote daily, documenting the death of my marriage.

My recounting spiraled in circles, spitting out the same details, the same stuck places, the same ends, yet I couldn’t escape the constant retelling. I held my wounds open, investigating the details of the pain. How did this wound come about? Why did this happen? How will this heal?

I began a waiting game. I waited for healing. I watched the wound. “Look at how bad these are!” I said to myself and anyone who would listen. I poked and prodded, getting to know the injury. “Does this hurt? How about this?” I was like a doctor searching for diagnosis.

I anticipated that I would fill the open, hurt place with closure, repair, and understanding. I felt I deserved to be mended. I believed this to be something I’d receive if I was just patient. The comforting phrase assured me, “Time heals all wounds.” I waited.

On New Year’s Day, I headed to the ocean with a basket full of rocks, sticks, and shells I found over the past year. I have this habit of picking up interesting rocks and shells on my visits to the beach. I gather them, place them on my altar for a time, and when I feel we are done with our time together, I bring them back to the beach. It’s a small practice in letting things go to make room for the new.

In the months after my ex and I split, I found dozens of heart-shaped rocks. I had held onto them for months, placing them in windowsills and around houseplants. The time had come to let them go. I was ready. I was hoping that by letting these heavy rocks go, I could shed all of the pain. I wanted desperately for my wound to heal.

I began my errand of transcendence. I threw rock after rock into the ocean. Each one splashed with a satisfying thunk, shattering the surface of the salty water. I waited, ready to feel something.

And, something happened. I felt something move and flutter around right in the center of my chest. Something shifted around within me. I closed my eyes. I paid attention to what was happening. My inner doctor emerged—poking, prodding, observing. I awaited the prognosis.

The wound was still there. It looked the same. It felt the same. It was tender and sore. I received the disappointing news with a sigh.

But there was more.

Something happened when I threw those jagged, gray, heavy hearts into the ocean, where they swirled in the currents and sunk to the bottom of the sea among the sand, gnarled seaweed, and tangled kelp.

The space I was holding—it was gone.

I stopped waiting for a miracle cure. I stopped expecting that I’d receive a shower of healing from above. I had been waiting for the sort of healing that you receive in a tent revival, complete with someone speaking in tongues and the laying-on of hands. My desire for closure and reparation was simply taking up space within me.

I had been holding this space for someone else to fill. I’d been keeping that space open and ready for whenever that person might show up. When I looked at it, it was space uninhabitable to anything other than a feeling of lack and loss. Space I didn’t even allow myself to inhabit. For so long I thought the best person to heal this would was the person who inflicted it. What I found is that I am the one most equipped to heal that wound.

And just like that, the space I had been holding closed. It disappeared. It sunk right down to the bottom of Casco Bay with all of those rocks. There was no reason to keep it open anymore. It was no longer a space of waiting for someone else. It became a place for me to fill with the things I most needed to heal.

Healing is my work. Not something to receive, but a process to craft. I claimed the space within me. I could provide what I needed to move forward.

I sensed the start of something new and alive housed right in the center of my chest. It grew right alongside my wound, unencumbered by sprouting next to blight.

The spindly seedling seemed impervious to the risk of disease, bullheaded at the possibility of contamination. It emerged right out of the detritus and decay of my old, broken life. Obstinate. Drunk with its own life force. Insubordinate to the pain and heaviness of the landscape that surrounded it.

It was the sort of revelation that doesn’t bring happiness. But, it brought with it truth, purpose, and a sweet, idiotic hope. My wound, my pain, my heart work, my tending to self was all connected and intertwined.

I knew what was next, and I was ripe for a beginning.

A new bud of life emerging from dark, dank soil. 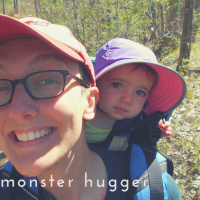 Ethan Somerman is a blogger, parent, monster hugger, and firm believer that broken hearts are beautiful. You can follow her blog and sign up for her emails at www.HuggingMonst… Read full bio

Real Awakenings are Not Elegant—they are Messy, Ugly, Shattered & Raw. Heartbreak is One of our Greatest Gifts. Getting over Heartbreak, According to Science. 5 Badass ways to Deal with Heartbreak.
See relevant Elephant Video