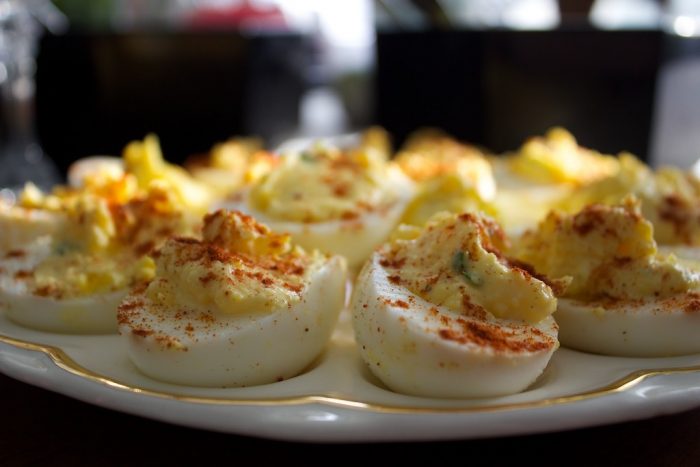 Author’s note: The opinions herein are my own. They are opinions. Just opinions. Please don’t yell at me about my own opinions. Yet, there are also facts here. Those we can argue about, but I’ll win since facts are still facts. Even in America.

Where I live, there are people who still haven’t gotten over the fact that they lost the Civil War.

Some of them refer to it as, “The War of Northern Aggression.”

There are protests and counter-protests and Civil War monuments. There are even groups who have become radicalized, all in the name of their great confederacy.

Then there is Southern Culture. There is, in a sense, a Civil War of food.

The South is the birthplace of many great things: various genres of music, literature, visual arts, cuisine, and more. Yet, Southerners have this need to feel that certain things, particularly food items, belong to them that simply don’t.

Have you ever seen the original “Star Trek” series? There’s a running joke that the Russian ensign, Chekov, thinks that everything was invented by the Russians, and all the best things are Russian. Southerners seem to have the same affliction. I call it the Chekov Response.

For some reason, Southerners think they invented and own deviled eggs. It’s so weird. They have deviled egg trays, some of them that great-grandma used during the Jim Crow era. They completely believe that deviled eggs just showed up somewhere in the South and made their home there. The fact is, they have been enjoyed since ancient Roman times.

I grew up 40 miles north of New York City. We had deviled eggs when I was a child. In New York. Not Birmingham. Not Norfolk. My mom entertained people from all over the world for my dad’s food business. She would make deviled eggs amongst other things with her own special twist. Sometimes she would make them for the family as a treat. If you’re nice to me, I’ll let you in on what she used in her deviled eggs.

Then there’s iced tea. Sweet tea. It’s not just a Southern thing. Sorry. Thai iced tea is an example of a really sickly sweet tea. Personally, I don’t use sugar anyway. A good strong, freshly brewed tea with ice and a lemon wedge is fine and dandy for me! Yes, that’s correct. I do not use sugar in iced tea. In fact, I avoid it whenever possible.

The food item that has caused more outrage, arguments, and division than the Mason-Dixon Line itself is mayonnaise.

Never before have I seen people so loyal to a brand that they will argue till they’re blue in the face, stating that there is only one brand of mayonnaise. All the others are cheap imitations, they say. I am referring primarily to Duke’s Mayonnaise, made by the Sauer Company right here in Richmond, Virginia. There is such great pride over this mayonnaise; I am completely baffled by the sometimes aggressive and indignant defense of Duke’s as the only true mayo. The Southern Chekov Response to mayonnaise is astronomical!

Oh please! Of course, due to the fact that I grew up where I grew up, the mayonnaise my region is most familiar with is Hellmann’s. Hellmann’s is a great mayonnaise as mayos go. I mean, it’s mayonnaise. It does its job. What is the big deal? I don’t see the point in making such a fuss.

It’s not just Southerners, though, who have a mayo hang up. I had to call the Hellmann’s company back in the early 90s, to prove to my English exchange student that Hellmann’s was not from the United Kingdom in spite of the Royal Warrant on the product’s label when sold across the pond. The customer service person I spoke with explained the history of Hellmann’s to me. It was brought over from Germany (Prussia at the time) by a New York deli owner, Richard Hellmann, at the turn of the 20th Century. By the way, Duke’s arrived on the scene at a later date.

One could say, mayo is mayo. Overall, I would agree with that, except for the one exception—a product that some people use in place of mayo called Miracle Whip. It’s a sickeningly sweet concoction that ruins everything it touches.

If I were to meet a nice guy and it looked like we could maybe begin a relationship, there would be two deal-breaker questions that I would have for him:

1) Do you bring Miracle Whip into your home and actually ingest it?

2) Do you believe The Beatles are the greatest band that has ever existed?

The answers to those questions, in order, should be: 1) No, absolutely not! 2) Don’t be silly, of course! Any other answers are simply unacceptable. These lips will not kiss the lips of a man who believes Miracle Whip is edible.

In the end, food is food is food. We’re lucky if we have it. Most of the people I know, including myself, don’t even blink at the thought that there will always be food on our tables. There are so many in this world who have to scrounge for every meal. Let’s enjoy the bounty that we have, but try to keep it in perspective. 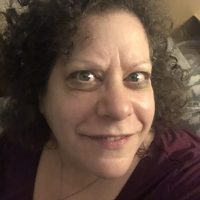 Elizabeth Joseph is a Boomer who refuses to be ageist. She feels people should be judged by their glaring personality flaws as opposed to their age. Elizabeth grew up in the N… Read full bio