When I was six years old, I had a dream in which the giant Buddha descended from the sky along with gold, diamonds, and rubies showering by his side in the middle of a red stormy night. When I walked up to the Buddha sitting in the lotus position while hovering three feet off the dusty front yard, he said “meditate” in an omnipresence voice. When I woke up in the morning, I ran up to my mom and asked, “can you teach me how to meditate?” My Buddhist mother raised her eye brows higher than any mountains I have ever seen in Myanmar and stretched the corners of her lips wider than any streets I have ever crossed and said, “of course.”

About two years after I began meditating, I had my first vivid psychic vision. It was a hot and humid afternoon in my grandmother’s candle lit apartment in downtown Yangon. It was so hot that the building was sweating, too. Through the windows, I saw the sun sinking in between the golden pagodas and casting shadows on post-colonial buildings left behind by the British army. The endless echo of cars honking at each other reverberated through the streets and up the hallways that led to my grandmother’s apartment. As sweat was dripping down my little brown back, I saw a set of random numbers in my mind’s eye like a flash of lightening. I looked up to my very loud aunty who was also visiting grandmother and said, “you should play these numbers.” To my surprise, she won the little lottery with a little price in the little third-world country.

For the past thirty-two years, I lived between three worlds: Myanmar, America, and the spiritual realm. My first ten years as a little boy in Myanmar was tragic. There were times when my mom, dad, sister, and I had only one plate of rice to eat between the four of us. There were times when my dad and I trekked a few miles under the scorching sun to borrow cash from my grandmother to buy a bar of Snickers. I remember the nights when we were on the verge of homelessness – only to be saved by selling our TV, VHS player, and furniture. After a few years of fantasizing, wishing, and praying to live in America, my family received a sponsorship and flew all way across the Pacific Ocean to San Francisco Bay Area in 1997 (when President Clinton was having an affair with Monica Lewinsky). Little did I know then, visualization worked like hell.

While growing up in Silicon Valley, I deepened my spiritual and personal development at a young age. I shaved my thick locks of hair, wore the orange robes, and received the title of a Buddhist monk at age 17. I cried, laughed, and danced my way through rigorous personal development program Landmark Forum, Landmark Forum in Action, the Advanced Course, and Introduction Leader Program, which included activities such as reciting a poem on top of my lungs in front of 500 strangers on stage like someone having a mental breakdown in public. I facilitated seven youth leadership programs, which included exercises like segregating boys and girls from each other and confronted gender stereotypes. I completed 400 hours of yoga teacher training program where I practiced Yoga for hours on end, performed sacred breathwork, studied anatomy, dove into the history of Yoga, and so much more. I also finished a life coaching certificate program where I learned a ton of useful techniques to help people uncover their limitations and create new possibilities. After meditating every day for six months, my clairvoyant and clairsentient abilities kicked in full blown somewhere between Sixth Sense and Harry Potter’s Trelawney style. Eventually, my psychic abilities developed to mediumship and now channeling (think Abraham-Hicks). I constantly received guidance and messages from the Spirit for myself, those around me, and my clients as if I am the universal paper boy.

Since eating one plate of rice a day in Yangon, I walked across San Jose State University stadium with a golden medal of honor at graduation. I lived, played, laughed, loved, and cried in some of the most desirable cities in the country: San Jose, San Francisco, East Bay, and Los Angeles. I worked at highly respected institutions, such as California College of the Arts, UC Berkeley, and National Holistic Institute, while building my private coaching practice as a psychic-medium, channel, and life coach helping people create abundance in their lives. I have trekked through the Himalayan Mountains, swam in the Arabian Sea as the sun sets, toured Taj Mahal, played with a baby elephant in Thailand, and so much more. I’ve even hung out with my favorite rock star at his house in Lake Tahoe! And, I have been manifesting more money every year (just hit my first $11K/month). The best part of my life is waking up to hugs and kisses from my partner Chris each morning. During this incredible journey, my Spirit has taught me these “Nine Spiritual Laws of Abundance.” 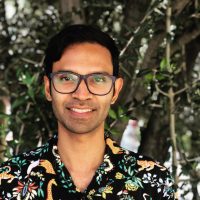