The Dark & Devastating reality of a Family plagued with Huntington’s Disease. 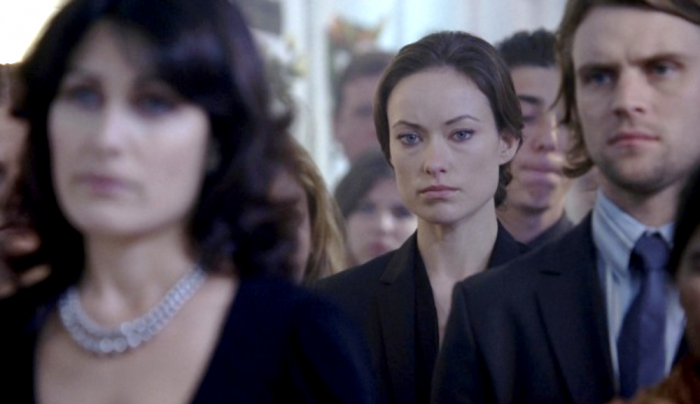 It is a whirlwind of memories, Google searches, and confusion, but I will never forget how I felt when my mom told me my grandmother was diagnosed with something called Huntington’s disease (often called HD).

The disease is caused by a gene that goes haywire on chromosome 4. The “bad gene” leads to damage of the nerve cells in areas of the brain. Huntington’s disease is often described as ALS, Parkinson’s, and Alzheimer’s disease all wrapped up in a horrendous bow.

As I dove deeper into articles and research, I felt thankful for my semesters of evolutionary medicine and biological anthropology in college to better understand and wrap my brain around the probability of inheritance. The days of confusion and curiosity were quickly replaced with weeks of dread and panic as I realized the grave reality of what this diagnosis meant for our entire family.

Soon, the positive test results started rolling in…my mother, and, eventually, all three of her sisters. All four of my grandmother’s children tested positive for Huntington’s disease.

What did this mean for me and my 10 cousins and their children? A person with a parent who has Huntington’s disease is born with a 50/50 chance of inheriting the gene. Anyone who inherits the gene will, at some point in their life, develop the disease.

The chaos that Huntington’s disease brought into our family was happening at a time when pre-existing conditions such as a positive HD result could render you uninsurable. To further complicate an already stressful time, my family was tested under pseudonyms, and HD became a dirty family secret we weren’t sure we could let out of the bag. There were feelings of shame, fear, guilt, and uncertainty swirling in our minds. All this upheaval of reality simultaneously occurred as my aunts and mother worked tirelessly to find appropriate healthcare and elderly housing arrangements for my rapidly deteriorating grandmother.

My grandmother—the first person to shine a light onto the complicated genetics we all shared.

Let me jump back to my childhood for a moment. I always thought my grandmother was a bit eccentric, sometimes difficult. She walked in a way that almost looked like she was dancing or drunk. She often flirted inappropriately with men, and I remember it making me feel uncomfortable. She often snapped at her grandchildren, sometimes striking us or spewing vitriolic words that would cut through us. She was unpredictable, and her relationships always seemed to be under a heavy strain.

As the years went on, her movements became more erratic. Driving with Grammy was always a source of anxiety for her passengers. Her constant brake-gas-brake-gas-brake-gas could make your neck ache and blood pressure rise. Her driving was particularly alarming because she insisted on driving from her home in Florida to where her family resided in Connecticut every summer.

Her penmanship in birthday cards deteriorated into really forced, shaky writing. She started to get confused more easily, and she would say a bright “Good morning!” to you, followed by an unsteady hug that almost knocked you over—three times or more, with all three greetings within a half hour of each other.

My aunts and mother knew something was amiss when a strange man called them and said that he was with their mother and that she was lost. This disorientation episode was on her last trip driving up to Connecticut from Florida—before my aunts and mom intervened and our world turned upside down. This was before we ever even heard of Huntington’s disease.

When you start to learn about HD—the signs, onset, symptoms, and behavioral changes—you have an opportunity to look back with new insight and information to assess what was really going on with loved ones acting “irrationally,” “erratic,” or “unpredictable.” Repetitive and erratic movement patterns, forgetfulness or disorientation, unexpected aggression, and mood swings all fell neatly into place under the umbrella of HD symptoms. Everything we thought previously odd or unexplainable now ticked every box of how Huntington’s disease takes over your life.

My grandmother had been symptomatic for almost my entire childhood, and she was only diagnosed when I was about 20. She lived for eight more years. The disease progressed with my grandmother in such a devastating way that by the end, she was restrained in bed to prevent her violent and involuntary movements from injuring herself in the hospital bed.

On my 23rd birthday, I used my advantage of working for a doctor and decided to be tested for the disease under a pseudonym. So far, I am the first and only negative HD result in our family. As far as I know, I am the only one of my grandmother’s grandchildren to be tested for HD.

I am now 33 years old and have lived abroad for almost 10 years before settling back in the states in North Carolina, where my husband and I are stationed at nearby Fort Bragg. My family has been through so much while I was living abroad; the disease does not slow down or stop.

Some of my aunts are symptomatic now. My mother is starting to exhibit some of the unsteady movements and neurological symptoms. I am proud that one of my aunts has been heavily involved with many trials and drug tests over the years; she is a part of why the research for symptom treatment is progressing.

My mother and her sisters are more connected with their local Huntington’s Disease Society of America (HDSA) chapters and attend walks, benefits, and conferences. Their involvement in these events and studies makes them feel less alone in a world that doesn’t understand why they involuntarily wobble or are quick to sudden mood changes.

During my recent visit home, what I saw was a family who is tired but never wavers in hope, never gives up. I cannot imagine what it must be like for my mother, the eldest of the four sisters, to watch her siblings deteriorate just as she watched the disease consume their mother. I can see the disease changing my mother; the way she moves reminds me of when I was young watching my Gram subtly lose her footing, doing a little “cha-cha-cha” before moving forward again. It is terrifying.

Huntington’s disease takes and takes until there is nothing left. It strips families of financial stability, puts an unbelievable strain on relationships, and causes confusion and guilt.

I know for a fact that most folks have never heard of Huntington’s disease, as I spend a great deal of time explaining what it is to others. I also do not think folks realize the severe destruction HD causes, beyond the physical and neurological damage.

It is hard to remain hopeful some days. It is hard for me to not feel pangs of guilt that I am the only one in my family who got away from HD thus far.

However, the continued progress of research and advocacy of the HDSA are beacons of hope for me, my family, and all families affected by the disease. It is so important that we keep sharing our stories, connecting with the humanness of it all, supporting scientific research and clinical trials, and giving what we can.

We are all in this together. 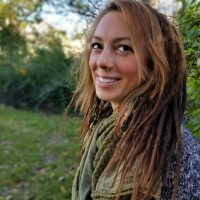 Sarah Kadel is curiously exploring her external and internal worlds and sharing her journey along the way. Yoga teacher, dog mom, lover of the sun, and the greatest napper of … Read full bio

9 Steps to Heal Autoimmune Disease (+ Why it’s Wise to Treat Inflammation) I Survived Lyme Disease. This is My Story. 3 Things I Learned from Dating with Lyme Disease. How Yoga Nidra Saved me from a Life-Threatening Disease.
See relevant Elephant Video