Breaking the Toxic Masculinity Cycle: the Journey to Emotional Bravery.

Cultural and family expectations deny men access to the feminine side of our life experience.

I was not encouraged to nurture and be vulnerable with my emotions.

My experience was that when men show their feelings, they are laughed at, told to toughen up, and programmed not to cry—ever.

What should be recognized, though, is that these are not traits of women specifically. They are actually feminine traits of all humans. There are some women who struggle with this, and there are some men who easily express their feelings. It’s not limited to gender.

When we as men are denied this part of ourselves, we have a difficult time feeling our emotions and connecting with other people. In the extreme, some men can become so insensitive that they are willing to commit acts of cruelty. This shows up in mass shootings (which is nearly 95 percent men) and sexual assault.

When a man has hardened himself to his feelings, it is possible to completely shut down our ability to care. If this is coupled with an extreme desire to hurt others, there may not be the normal human governance to have empathy for others. In steps toxic masculinity.

We need a new narrative.

When I read in the media about this issue, it seems like there is something inherently wrong with men. Why else would they commit these acts of atrocity? This seems to be the narrative that I see most often: what is wrong with men?

In my understanding, the problem is that we have created a form of masculinity that is no longer in step with our current culture. Men who exhibit this traditional form of masculinity are from a time when there was much less equality between the sexes.

Today, women are active in the professional, political, and leadership worlds. Although it is true that men still have a lot of control in high levels of power, the number of women doctors, lawyers, politicians, and CEOs is starting to outpace men.

Insecure men can feel more insecure when a woman seems to rise higher than they do. Without a job or a clear sense of purpose, toxic masculinity can start to emerge.

In his book, Angry White Men: American Men at the End of an Era, Michael Kimmel explains what is at stake for men:

“Our enemy is an ideology of masculinity that we inherited from our fathers, and their fathers before them, an ideology that promises unparalleled acquisition coupled with a tragically impoverished emotional intelligence. We have accepted an ideology of masculinity that leaves us feeling empty and alone when we do it right, and even worse when we feel we’re doing it wrong. Worst of all, though, is when we feel we’ve done it right and still do not get the rewards to which we believe we are entitled. Then we have to blame somebody. Somebody else.”

For some men, they have moved to commit cruel acts to make sense of losing these traditional male roles. This is what has brought out the notion of toxic masculinity.

When talking about the mass shooters of the past two decades, Kimmel states:

“These boys spent a good part of every day fending off a constant barrage of criticism of their masculinity. They were desperate to prove their detractors wrong and to exact revenge against their tormentors and the other kids who laughed, went along with it, or said nothing and allowed it to continue.”

There is a way out for men.

For men who are looking to heal, I believe the answer lies in opening back up to the feminine. It means no longer accepting the traditional view that vulnerability, being nurturing, and feeling emotions is weak. From a young age, boys are often taught to keep these ways of being human in the shadow. I certainly was.

In his book, To Be a Man: A Guide to True Masculine Power, Robert Augustus Masters speaks to this denial:

“So let’s consider other factors or qualities that ought to—but generally don’t—count for much in making a male a ‘real’ man, factors that many men keep in the shadows: vulnerability, empathy, emotional transparency and literacy, the capacity for relational intimacy—all qualities more commonly associated with being female than male.”

A healthier manhood is one that merges the nurturing of the feminine with the grounded mission of the masculine.

The masculine exists in all of us, and we can nurture its healthy elements as much as we can express its shadow. Healthy masculinity shows up as focused purpose while living in deep integrity. Healthy masculinity is grounded in conscious awareness that isn’t attempting to express some conditioned idea of what a man is, but as what is needed in the moment. We need the clear direction of the masculine in our world today.

This healthier way of being for men is not just about reducing the amount of violence but also reducing the suffering of men who have bought into traditional masculinity. When the denial of human connection is lost because of a need to exhibit strength at all costs, men lose out on healthy, supportive relationships. Men who exhibit this form of masculinity miss connecting with their kids, partners, and other loved ones. There is a great deal of suffering in a life this constrained.

Toxic masculinity shows up in my life, too.

I must say that I have a biased opinion in how I see men today. Instead of buying into the media narrative that men are the problem, I see how hard men are trying to become better. They are working hard at pushing against the conditioning of our culture and waking up to their tender hearts.

I am a professional counselor for men. I named my practice “Brass Balls Tender Heart” for a reason. It is no longer necessary or acceptable for men to deny parts of their essential nature in order to fit into this old view of manhood. We cannot accept the enculturation of boys into these traditional male stereotypes.

The good news is that this is changing all around us.

It is a quiet revolution that begins with men wanting to have more satisfying relationships with their partners. It happens when fathers want to have a deeper, more connected relationship with their kids.

I see it in the men who come to my men’s group. Their commitment to being strong, powerful, emotional, conscious men fills me with hope.

“True masculine power is rooted in this dynamic blend of ‘soft’ and ‘hard’ attributes—showing up as a potent alignment of head, heart, and guts. When head (thinking, rationality, analysis), heart (caring, compassion, love), and guts (resolve, resilience, bravery) all inform each other and work together, a truly healthy manhood cannot help but arise.” ~ Robert Augustus Masters 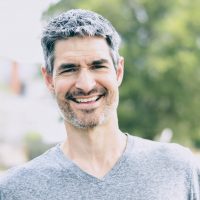 For much of my life I thought that playing small, limiting my options, and putting everyone else first was the way that I could be ‘good enough.’   I really believed tha… Read full bio

Can Men be Feminists, or just Ethical Misogynists? This is what an Authentic, Grown-Ass Man Looks Like. How to Attract an Awakened Man.
See relevant Elephant Video