How I Conquered Infertility & Manifested a Miracle. 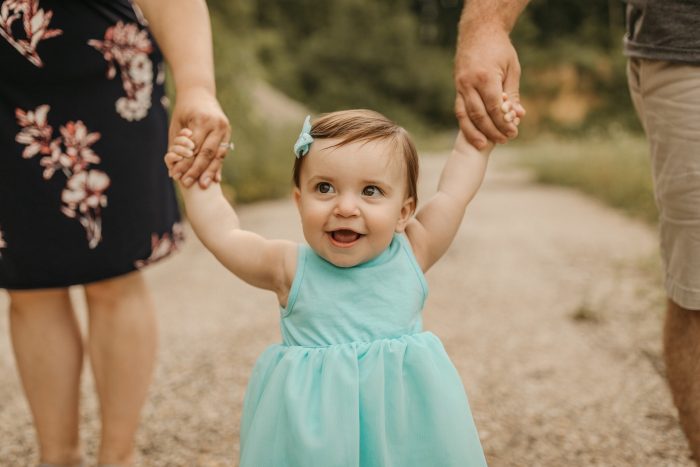 My husband and I decided we wanted to have a baby shortly after our wedding, and expected it to happen pretty quickly.

Life rarely seems to go as planned. After a year of trying to conceive on our own, we decided to take the next step. After countless tests, we ultimately received a diagnosis of unexplained infertility. We continued to try to conceive naturally for a few months despite the odds.

Finally, we decided it was time to move forward with a little help from science. When it came to fertility treatments, we wanted to start with the least amount of intervention and work our way up. We started with Clomid, which was supposed to cause me to hyper-ovulate and release more than one egg. All it did was make me crazy. Legitimately unstable. I was even more of an emotional roller coaster than I usually am. We were going to try it for three months before moving on to the next step. After two, my husband said he would rather be in jail than be with me on Clomid. “Lock me up man, I can’t handle it.” Those were his exact words.

After that experience we took a little break. In the meantime, I did some research. Throughout this journey I had discovered so many people who had also been struggling. There were definitely more couples that had experienced difficulty than ones that hadn’t. Infertility has become a common issue in society.

A key factor preventing a successful pregnancy is exposure to chemicals. There are very harmful chemicals in a lot of the food we eat, and in the products we use. I read a book called, It all starts with the Egg, by Rebecca Fett. This book focuses on egg quality, and really helped me make some positive changes which I feel may have helped me conceive. I switched out all my beauty products and cleaning supplies. I threw out all the plastic Tupperware and replaced it with glass. I even switched out our plastic shower curtain with a fabric one. I started to buy organic and local as much I could. I refused to eat anything processed or packaged, and started taking a very specific vitamin regimen. I convinced my husband to take supplements as well, and started making him breakfast every morning in an effort to prevent him from eating gas station junk. I felt as ready as I could be to move forward with the next step.

We decided to try two rounds of Intrauterine Insemination combined with Letrozale (a medication that has been shown to help women ovulate better). If we didn’t have success with that, we would move on to In Vitro Fertilization (IVF). I was bursting with excitement and anticipation for our first round. I tried not to get my hopes up, but I couldn’t help myself.

I was pretty devastated when it didn’t work. However, I knew we had another chance. If that didn’t work then the next option surely would. It was just going to cost us over $25,000. For our second round, we made sure to do an ultrasound to monitor my follicles, and a trigger shot to ensure timely ovulation. I also used progesterone suppositories, since low progesterone levels can prevent pregnancy as well.

I read that worrying is like praying for what you don’t want. So I tried to stop thinking about what would happen if it didn’t work. I applied the Law of Attraction, and thought about how I would feel when I finally got that positive test result. I attempted to feel that way already in an effort to attract that vibration. I changed my mindset, and convinced myself that I was going to receive what my heart desired.

I was pretty relaxed the second time, and I had a really good feeling about it. I started to see signs and synchronicities everywhere; which put me at ease. The day before I was supposed to test, I awoke from a very vivid dream, and I just knew. I took the test, and held my breath as that second pink line slowly, but surely showed its face. I jumped up and down on the bathroom floor, ecstatic and relieved. I instantly sent a picture to my husband, who was out hunting. He raced in from the woods and wanted me to take another test to be sure. I laughed, but humored him. The second one was positive too. It was real. Our dream had come true.

After the two longest years of our lives, we had finally received our precious little miracle. Was it the small changes I had made, science, or divine intervention? It was likely a combination of all three, but I love to focus on the magical aspects of life.

I feel like I brought her into existence with sheer determination. I knew that no matter how many times we failed, I would never give up.

The universe always falls in love with a stubborn heart.

8 Ways to Know your Angels are Present. Journey to Motherhood The Blessing (& Curse) of my Infertility. What If Female Infertility is a Healthy Response to a Much Bigger, Global Problem? I’m Not a Mother, but I Know Love.
See relevant Elephant Video