If you’ve ever wanted to write a book, it’s time to follow your dreams. Learn how to write, publish, & sell the hell out of your book with Waylon Lewis.
9 days left: Save 10% here.

If you’ve ever wanted to write a book, it’s time to follow your dreams. Learn how to write, publish, & sell the hell out of your book with Waylon Lewis.
9 days left: Save 10% here.

I still have an Alcoholic Shame Hangover. 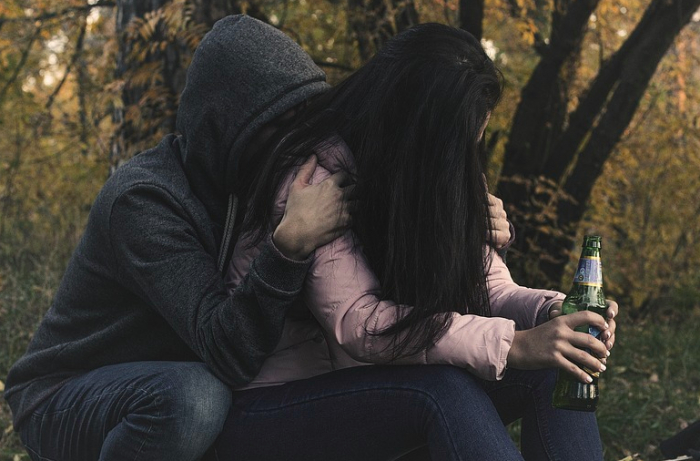 I quit drinking alcohol in January of 2016, which means I’m three and a half years into my sobriety.

I knew I had a drinking problem for the 10 years before I quit. I knew it was my numbing agent of choice. It was my crutch, my best friend, the thing I turned to whenever anything felt uncomfortable or frightening.

I was not a fall-down drunk. I didn’t always wake up unaware of what I had done the night before. I blacked out maybe a dozen times in my whole 25-year drinking life. I became belligerent a few times, but mostly I was a functioning alcoholic who many people wouldn’t even describe as having an alcohol problem.

If I had continued drinking, I would’ve fit in nicely with just about anyone else who comes home on a Friday night and pours a few rum and cokes.

My drinking pattern usually consisted of three or four drinks about two or three nights per weekday and then a whole bunch of drinks on the weekend. I rarely drank every day, and I tried to watch my intake so I didn’t feel like sh*t at the start of another week.

It wasn’t okay, I was, and still am, an alcoholic. My drinking made me feel sluggish, out of touch, super anxious, and stopped me from fully connecting to my life and the people I loved. Even on days when I didn’t drink the night before, I felt “off” in the mornings. In fact, up until I quit, alcohol robbed me of every morning in my life.

I later found out that binge-drinking (more than four drinks in a two-hour span for women) followed by days of no drinking might be more dangerous than light daily drinking (no more than 2 drinks per day for a woman), and here I thought I was “good.”

Drinking never helped me live my best life yet I did everything I could to continue the habit even though I knew it was hurting me. Why?

We already know that alcohol is chemically addictive so I don’t need to go into that. Addiction is unique and personal to each addict, and our reasons are our reasons.

For me, alcohol helped me contain, cover, and manage a world of untethered emotions that felt larger than the universe. I grew up learning that alcohol was a necessary crutch for emotional invasions. “Feeling” was terrible and should, therefore, be mitigated.

I suspect that you can replace alcohol with just about anything and it can have the same effect so long as the goal is to run from feelings.

The problem is, every year that you run from feelings only serves to build them in larger quantities until you’re terrified of what will surface if they were set free. Deep down I knew this, which is why sobriety felt so impossible before.

And it turned out that my fear was justified. Once I got sober, sure enough, the flood gates opened and out came a barrage of feelings so intense and terrifying that I remember thinking, “Why would anyone want to get sober!?” But I persisted anyway.

I must tell you that if you know an addict who has stayed successfully sober for a few years, you’re in the presence of some serious bravery. But also remember, addicts still feel shame for their addiction—sometimes for years even after they get sober.

We mostly believe that the shame comes from admitting you did something that you didn’t have the willpower to get away from. We’re reprimanded for being weak and unable to get a grip. We get judged from every corner.

Addictions that involve substances like drugs or alcohol have the worst reputation. I suppose because these substances can cause unpredictable behaviors and undesirable visible effects.

I argue that other non-substance addictions can do the same thing, yet they’re more likely to get a pass or just go unnoticed. For example, I recently saw a YouTube video of a teen who had his video game taken away because of his addiction; the ensuing temper tantrum was terrifying. The people in the background laughed, including the person who took the video. Regardless, this teen shouldn’t be shamed either.

I think addicts feel ashamed because we never learned how to feel. It doesn’t matter what you use to numb feelings, the effect is the same.

If you numb your feelings for a long time, it’s challenging to come back to them in a way that is responsible, regulated, and safe. It takes a lot of learning and commitment. Some of us are up to the task, and some aren’t.

I’m surprised by the shame that still floods me these days. Don’t get me wrong, I have immense pride too. I worked really hard, the first year was the hardest. It took two years of sobriety before the cravings stopped. These days, I feel a freedom I never thought was possible.

Here’s the thing—and I know many people in recovery will attest to this—the shame you hold during the addiction is far greater than what you carry after getting sober. I’ll take the guilt of “coming out” sober over the shame of active addiction any day.

Once I really embrace and get inside of this feeling, I realize that it’s not a current shame I’m feeling, but rather a shame hangover from my addicted days. It doesn’t like to leave you alone. I hear from 20 to 30-year sobriety veterans that this too shall pass.

I look forward to that day, but if this experience has taught me anything, it’s that feelings need time to run their course. Rushing will only make things worse.

For those who feel that addicts are abhorrent people, I ask them to stop and think about what the addiction might have been saving us from. I can recall many dark moments when if I didn’t have alcohol as a crutch, I don’t know if I would still be here. Call that weakness, but I call it saving my life.

And before we judge too quickly, I’m sure there are times when we’ve all made an undesirable choice in service of our survival or ability to cope during hard moments.

This is not an excuse, just a fact. Life is hard, and we all make sh*tty decisions as we try our best to get through it.

The biggest reason I believe I was successful at getting sober was that I did it for myself, first and foremost. Also, I chose to go inward and excavate my soul. I decided to show up in the arena and be brave and honest about my lack of emotional tools. I came with a humble desire to learn.

I knew I’d be virtually alone and I knew I’d have to face myself. The odds were good that I’d get the sh*t kicked out of me and that it would be a bloody and messy battle. I was also prepared for the fact that I might not make it.

But also, and most importantly, I was ready. I had spent years gathering tools and a support system. I built my inner strength and a connection to something higher than myself.

I was alone, but not alone. I had my spirit guides, my beating heart, my cherished partner who supported me the whole way and most of all, the strongest desire to be alive. Not just kind of alive, but fully alive.

I was ready to create a life that allowed and celebrated a range of emotions. I knew deep down that there was gold inside my emotional life. And I knew it would be the key to unlocking all my stuffed down energy and creativity.

I did not get sober so I could please anyone else, I did it because I wanted to feel again.

It’s hard, messy, crazy, and sometimes awful. But mostly it’s beautiful to wake up every day in this new vibrant life.

And that more than makes up for a shame hangover any day.

Gillian May is a former nurse turned writer. She writes about healing trauma, the roots of breakdown, sobriety, how to be comfortable with discomfort, and how to find your tr… Read full bio

You Don’t Have to Be an Alcoholic to Admit Drinking Hurts Your Life. How Alcohol Ruins our Relationship with Ourselves (& 7 Strategies for how to Stop Drinking).
See relevant Elephant Video