The 3 times I tried to find my Girlfriend’s G-Spot (& Failed). {Adult} 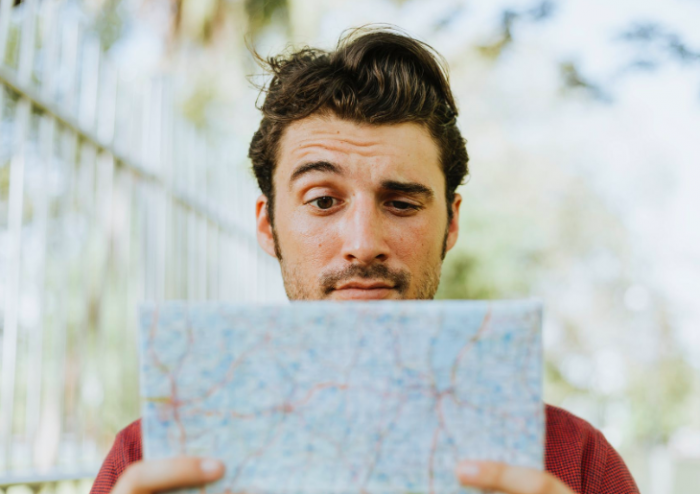 It amazed me that, in this day and age, there was no map, no app, no Amazon deal of the day to help me find my girlfriend’s G-spot.

I first learned about sex as a kid, and rumors of the G-spot weren’t far behind. When sex was a mystery, the G-spot was like a meta-mystery that must only be known to sex-monks.

Then I had sex and began to learn more and more about this mysterious G-spot that could make a woman orgasm. I was suspicious of it, like Easy-Mac; it can’t really be that easy, can it?

The legends passed down to me, from father to son, brother to brother, since men first realized women can enjoy sex too, foretold that not only was there a button, it made them feel better! I had to learn more. I’d been with my girlfriend for two years at the time.

I went and proclaimed to her, “I am going to find your G-spot!”

So, here are the three times I tried (and failed) to find my girlfriend’s G-spot.

“The G-spot is on the roof of the vagina at about 12 o’clock when the woman is lying on her back. It is about 2.5–3 inches in the vagina directly below her urethra.” ~ Google

She pointed to the kitchen, “There is a ruler somewhere there.”

When I got back to the room she was on her laptop in bed.

“Lay on your back,” I told her. I’d taken a pen and slashed a mark across two of my fingers at around 2.75 inches to be safe.

“You love me because I am funny.”

It was true. I nodded and held up my fingers and said, “Well?”

And then she gave me a very serious look and said, “I’d never let a man stick inked up fingers inside of me, no matter how fine my high-school history teacher may have been. And oh, I wonder where he is now…but no, better luck next time.”

I could tell from her tone that I would get nowhere, so I left the room grumbling something how high-school teachers almost exclusively use chalk.

I wondered what my grandparents did when they were young and in love, before the internet. Was it like in a sitcom? Did my grandfather say to my grandmother, “Helen, I want to find your G-spot.”

And did he proceed to call out the window to their neighbor Franklin and say, “Hey Franklin, where is the G-spot?”

And then did Franklin say, “I dunno.” And then call up to Johnny who lived on the sixth floor, “Hey, Johnny, where is the G-spot?”

But Johnny couldn’t respond because in my imagination they are all Italian and Johnny just got whacked.

(Probably not. They probably just went to church.)

Anyways, so instead of asking “Where is the G-spot,” I asked Google, “What position is best to find the G-spot?”

And I know that some people rave about it, but it isn’t my favorite. You’d think I was setting her up to have her portrait painted with how I fretted over arm angles and hip placements.

I am not one for graphic details, but things progressed.

And then, wouldn’t you believe it, I found it.

And then, like a gold prospector who’d struck and then dropped a fortune, my leg cramped and I fell off the bed.

Female Ejac…you know, & How to Do It! {Adult} O! The Secret To A Full Body Orgasm. {Adult}
See relevant Elephant Video