The Dangers of Self-Medicating with Cannabis. 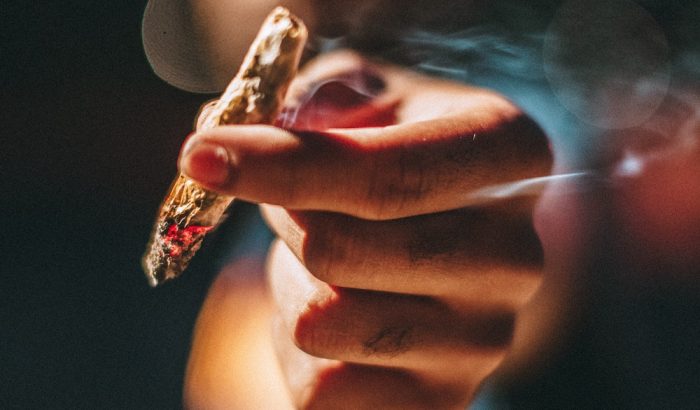 Chronic pain is a debilitating issue that affects millions.

When you’re in constant pain, you often have trouble focusing, which affects your work life.

You’re also robbed of joyful moments in your personal life, because you’re balancing them with attempts to gain pain relief. If you know anyone with a chronic pain problem, or have suffered from one yourself, then you know it’s a lot worse than just a mild inconvenience.

Treatment for chronic pain takes various forms, but the truth is it’s challenging to find anything that relieves severe pain as effectively as opioids. Opioids attach themselves to nerve cells and block pain signals from making it to the brain, which can make all the difference for someone suffering from chronic pain.

Unfortunately, opioids are no miracle drug—using them comes at a high price, namely the potential for addiction. When misused or abused, prescription opioid medications can serve as a gateway for abuse of even more potent opioids (like heroin), and their use can eventually be fatal. The pattern of opioid misuse in the United States, for example, has led to a tragic epidemic in which over 130 people die every single day from opioid overdose.

The people who take these drugs for chronic pain, well, it’s not like they want to. Most understand the risk of addiction, but feel they have little choice. There are no drugs that work better for severe pain, and alternative therapies—acupuncture, for instance—aren’t covered by the average American’s insurance plan.

All these circumstances have conspired to create a situation where, against the odds, marijuana is starting to look less like a “gateway drug” and more like a brightly lit EXIT sign for people trapped in the darkness of opioid addiction.

Research into cannabis in the 1980s revealed that the substance includes two non-psychoactive molecules called flavonoids, capable of reducing inflammation 30 times more effectively than aspirin. According to scientists, this could make them ideal painkillers.

It wasn’t until recently, however, as regulations around cannabis have relaxed in many parts of the world, that researchers were able to delve deeper into how exactly this could work.

Current research into how “cannaflavins” can be turned into painkillers is still in early stages, as bioengineers search for a way to develop large batches of these molecules. However, the progress is promising and could lead to a non-addictive alternative to opioids in the future, which would save countless lives. In the meantime, however, there’s another problem.

The Dangers of Self-Medicating

In 2017, the National Survey on Drug Use and Health put the number of Americans who use marijuana at 26 million, some of whom are as young as 12. While a great deal of the use is legal (some even prescribed), there is also a large population of people who use cannabis to self-medicate for chronic pain, mental health issues, and other illnesses. This use goes on outside the bounds of medical advice or guidelines—and, chances are, you know someone this applies to.

In lieu of clear knowledge that cannabis can help them, these patients are relying on hope. Who can blame them? They’ve heard marijuana has pain-relieving or other medical properties, and turn to it as a way of managing their symptoms.

So what’s the problem?

The anti-inflammatory flavonoids in cannabis are not psychoactive. However, other molecules in the plant are. While scientists are hoping to isolate the medicinal molecules to treat pain, people who self-medicate with marijuana nearly always get high in the process, exposing themselves to the potential risks of the drug. Alarmingly, today’s marijuana is, on average, about 300 percent stronger than it was a quarter-century ago, according to Harvard-affiliated researchers whose work examines THC, the plant’s active ingredient.

Recreational users of the drug often want more THC in their marijuana, but for those who self-medicate, it may have undesirable and even dangerous effects. This is because marijuana can produce opposite effects at low versus high doses. For example, marijuana with a low THC content can increase blood flow and lower anxiety, while a strain with high THC levels will constrict blood vessels, and can lead to paranoia and even psychosis.

Another example: Marijuana with low concentrations of THC is sometimes prescribed to treat chemotherapy-induced nausea. On the other hand, regular consumers of high-THC cannabis sometimes exhibit symptoms of a syndrome that includes extreme nausea and relentless vomiting (cannabinoid hyperemesis syndrome).

What all this means is that flavonoids are extremely promising as a way to replace dangerous, addictive pain treatments like opioids. However, there’s a lot of work to be done to get there, and cannabis products are a long way from revolutionizing healthcare.

The fact is, consumers are often misled by the marketing hype and word-of-mouth that surround cannabis products, and there’s an illusory perception that marijuana can already act as a miracle drug. Regulators, policy-makers, and healthcare professionals are left in a tough position, forced to weigh the known, severe risks of opioids against the potentially milder, but unknown risks of alternative treatments.

As always, it’s important to do our own research and consult with trained healthcare providers in order to provide ourselves with the highest quality care. A lot is shifting and changing in the overall landscape of health and wellness, including cutting-edge advances in pain relief and management.

In the meantime, fully educating ourselves on the pros and cons of all our health strategies is the smartest move to make. 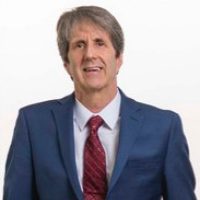 Marijuana Demystified: 11 Things We All Need to Know About Weed. ~ Erez Batat How Marijuana Ruined My Life. The Ultimate CBD Infused Hot Chocolate to Thaw Out (& Chill Out). 5 Considerations to Make Sure you do CBD Right.
See relevant Elephant Video