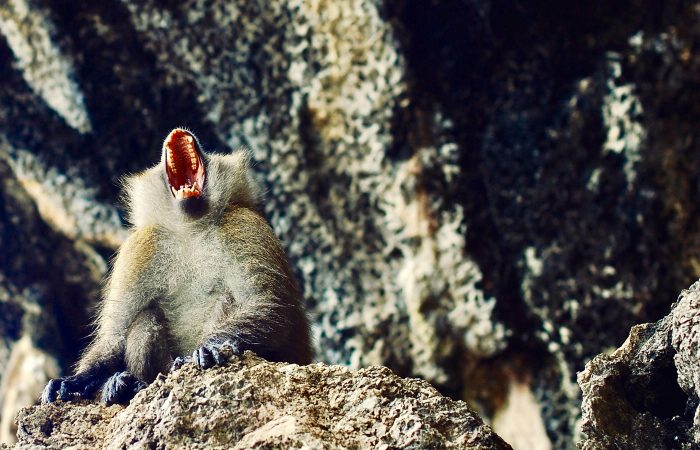 At the end of his book on the moral sentiments, the philosopher David Hume noted that doing good makes us happier in almost every instance—except that of fighting for justice.

Work for justice can leave us hated, for the victims of injustice tend to be distant while the people inflicting it are near.

It can thus frustrate friends and family while alienating us from the powerful, who hold the keys to worldly success.

And because the victims of injustice are often poor and marginalized, work for justice is rarely well-rewarded. As a result, it is often stressful, and leaves us riddled with anger.

The world is burning with anger and now more than ever. The anger is racial and national, tribal and political. It has pitted us against each other while closing us off from the stranger. And it has come accompanied with an assault on reason, where gut sentiments bluntly expressed are all too often substituted for rationality. So, there is perhaps no better time than now to ask what the world might look like if we did away with anger once and for all.

But the answer may be surprising, because anger arises for many reasons, and it often accompanies otherwise healthy sentiments.

Anger tends to be a self-defeating emotion. The spirit it musters is seldom channeled usefully while the fuel it burns is all too often our most vital energy. If indulged in personally, it can drain us of energy, while collectively, it can become dangerously violent. And what can be said of anger applies doubly to its near cousin hate.

Hence, it is little surprise that smart people tend to treat it as either something to be feared or suppressed, and smarter people still try to work it out of their systems.

But whether we like it or not, anger usually accompanies the confrontation of injustice. We feel angry when bullies gloat over the humiliations they inflict and when rapists mock their victims. The anger energizes us and prepares us for a fight, and it appears to have primal roots. Numerous studies have shown that mammals get angry when they witness injustices and are often willing to sacrifice their own good just to spite the bully. But if anger is integral to confronting injustice, justice itself is all too often a casualty in the battle against it.

This presents us with something of a paradox. Anger is by its nature an uncivil emotion, which makes us prone to violence. But it is also so integral to the fight against injustice that we run the risk of encouraging it when we try to do away with our frustrations. Every time we conclude that reasoning is futile with a right wing bully, we are assenting to their domination. And the net effect of millions of encounters like these has been to hand them the country. The far right dominates because they like the way it feels, and we let them because we don’t like the way it feels to confront their injustices.

So, if you want to understand why America is now headed by a bully, who revels in mocking his victims, look to the liberal discomfort with anger.

Liberals avoid getting angry because it can be an antisocial emotion, but also because it is unpleasant. Anger is a state of dissatisfaction with the present state of affairs, an irritability in the face of frustration, which easily ripples into frustrations with irritable people. Hence, anger is not only personally but also socially unpleasant; and the anger directed at injustices often whips around to harm those we love.

Yet if anger is integral to a sense of justice, then it is also critical to sociality, for without it there is no fairness; and without fairness there is no basis for social harmony. Hence, without some acceptance of the anger that arises in the face of injustice, the strong will take advantage of the weak, and bullies will take over. And it is precisely this state of affairs that has come to characterize our times.

And yet you may question whether anger need always accompany the struggle against injustice, for civilized societies set aside their furies in favor of the law. And enlightened individuals transmute their anger by observing it with equanimity. Buddhist meditators are well aware that the quiet observation of anger is usually sufficient to weaken its grip. And as Buddhism has became popular among liberals, their approach to anger has gone mainstream. In many liberal circles, anger is not considered simply uncivil but a sign of mental imbalance. And in many ways, the assessment is accurate.

Yet Buddhists do not tend to show up to the fight against injustice, and their methods of dealing with anger tend to lead them to shun it. Engaged Buddhists might be expected to take the struggle against injustice seriously, but most focus their attention on transforming the suffering of prisoners, the homeless, the addicted and dying instead. It is important work but marginal to building a more just society, for while it might root up our own anger, it does not get to the root of the social structures conditioning angry relations. So long as the injustices persist, people will keep getting angry.

Hence, every college activist who gave up the fight for meditation, every middle age practitioner who sets down their paper to read a book on mindfulness instead, every person who fails to speak up in the face of racism, is playing a part in the breakdown of democratic institutions.

For when citizens fail to inform themselves, they are easy to manipulate; when they cease to confront injustice, the institutions protecting them from it are gradually worn down. And when the best of people try to avoid thinking about injustice, the rest should expect it to flourish.

But this doesn’t mean that their work to free themselves from anger does not also play a role in building a better society.

Greater equanimity can facilitate reason and help us build lasting institutions. It can sustain our work for justice and keep us functional where we might otherwise fall apart. The problem is not so much freeing ourselves from anger, but the things we shun in the process of doing so, not so much whether we believe it is right or wrong to confront injustices, but how we look upon those who in doing so become contorted with anger.

Good meditators have a way of looking down on social justice activists, who sacrifice their peace of mind for the freedom and security of their fellow citizens. But so also do arrogant urban liberals, who transmute their anger into smugness and posture at being reasonable. Anger is difficult to avoid when you care about the victims of injustice, so those who cannot escape looking at it often push down their feelings, which later come out perverted.

So, what might actually happen if we gave up anger is not easy to answer.

If we all managed to somehow transcend it, the world might be a paradise. But the reality is that we will not. So, a more realistic question is what might happen if those of us capable of transcending our anger were to give it up? And the paradoxical reply is that anger would thrive. For the haters would hate and there would be no one there to stop them; and the unjust would bully and revel in their victories.

In other words, if good people gave up their anger, the world would probably look a whole lot like it does today, which is to say an absolute mess.