Living with Spotted Skin: from Devastation to Acceptance of my Vitiligo. 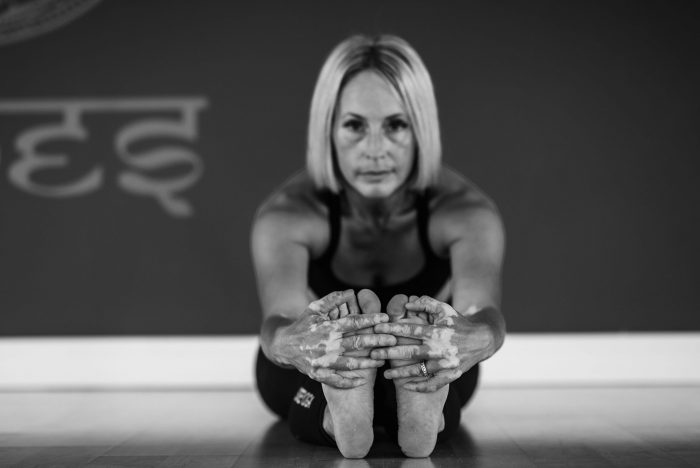 At first, I tried to ignore the small white spots on my right hand.

I suppressed the flashbacks of holding my great-grandmother’s hand when I was small, and tracing with my little index finger the oddly shaped white patches on her wrinkled skin.

After the birth of my second child, however, hiding became impossible. The white spots grew larger and multiplied all over my body. I was diagnosed with vitiligo—a condition where a person’s skin loses melanin, the pigment that determines skin, hair, and eye color. Believed to be an autoimmune disease, there currently is no cure.

When I was younger, I always was thankful for my great skin. I never struggled with awkward teenage acne like many of my friends did. I didn’t avoid fried foods, I didn’t have an arsenal of skincare products and makeup at the ready. I was carefree, and life was simple.

I happily bounced into school each September, eager to show off my tan from relaxed summer days spent by the ocean. With all the confidence in the world, I even convinced my parents to pay for headshots as I harbored teenage dreams of a modeling career. I identified as one of the pretty girls.

Suddenly, however, that self-assurance I had in spades began to wane. In my early 30s, I watched my treasured skin morph into something more like a calico cat. At this phase of my life, I already was managing multiple stressors: a toddler, a new baby, a move to a new house in the country, and now vitiligo exasperated my anxiety. My appearance was changing seemingly by the day, and, with it, my state of mind.

The white spots were so prominent, even on my fair skin, that there was no effective way to conceal my vitiligo. On the outside, I did my best to hide how much it bothered me and how ugly I thought it was. In my head, though, I was fanatical over my flawed skin. I was concerned when I got a manicure, when I exchanged money with a store clerk, or when I had to shake someone’s hand.

I convinced myself that people wouldn’t want to touch me. Every summer found me hiding under wraps and umbrellas to shield my skin and hands from the sun. My once-cherished summer tans now were a spotlight to those mysterious white patches, which burned something awful when exposed to the sun I previously worshipped as a blithe teenager.

I found myself navigating uncharted emotions. I questioned my vanity. I felt guilt for complaining. I became distressed when a well-meaning friend once told me she couldn’t see it. I knew she could see it; I knew everyone could see it. Anger and embarrassment churned in the pit of my stomach. I had to find a way to cope with what I perceived to be wrong.

I tried everything I could to fight it. Topical steroids were no help and came with their own side effects. Sleepless nights searching the internet led me to rubbing black pepper oil all over myself…until I found my husband sleeping on the couch. I hired a babysitter three times per week and made a roundtrip, four-hour trek between New Jersey and New York City for Narrowband UVB light treatments. I got excited when the light treatments started to re-pigment certain areas, but the improvement quickly plateaued, and then stopped entirely.

Nothing was working. I was missing precious time with my children, and the stress continued to build. My self-confidence was plummeting.

At first, I felt self-conscious because my vitiligo clearly was visible when I was wearing yoga apparel. However, I began to learn to connect with myself. I fell in love with the physical practice; it helped me move through my dark emotions, even if just for the duration of the class. I began to breathe more consciously and to embrace the strong physical sensations of a pose, instead of giving in by letting go of the physical pressure.

Yoga’s mind-body approach also became an effective means to reduce my stress. I was hooked on the hot, sweaty practice and needed to learn more.

I took a leap of faith and enrolled in my first 200-hour teacher training. The very thought of standing in front of a room full of people—people who were there to take my class, to watch me demonstrate a pose, and who relied on me to assist or adjust them—made my heart race. My vitiligo would be exposed…what would they think? I struggled with my strong desire to teach and yet hide my vitiligo at the same time.

As my teaching skills grew, so did my fear that I was a fraud. I pretended to be confident to ignore my vitiligo. I didn’t feel authentic. After all, who was I to tell people they were strong and beautiful? Who was I to caution them about self-deprecating mind chatter, about not being good enough, when I constantly was deprecating myself?

I didn’t realize I was in complete resistance until I found myself in a yoga training where I was challenged to engaged in some emotionally uncomfortable exercises. At one point during the training, I was required to stand in front of the rest of the class. My heart raced and my face flushed as I imagined that those 100 sets of eyes were focused only on my dappled, imperfect skin. The power of vulnerability washed over me.

However, as I focused on the instructor’s words, and I as looked back into the eyes of my peers, I realized that no one was looking at my skin. Instead, they were looking into my eyes, as if looking into a mirror. I felt accepted and I felt like I belonged. It was the first time I felt liberated from the pressure to look or be perfect.

Learning to ride the physical and emotional waves of discomfort in yoga was a start. If I was going to continue as a yoga teacher, I needed to find my authentic, confident self. I began to lean into the moments of discomfort and vulnerability on and off my mat and practice surrendering in the moment.

Through my yoga training, I recognized that I had been carrying around an exhausting self-deprecating fantasy in my head about my skin looking ugly. It’s not. I created that idea and made myself believe it. That notion robbed me of opportunities to genuinely connect with others.

Today, however, I remind myself of yoga’s core message: the end goal is not perfectionism. Yoga taught me that confidence is letting yourself be exactly as you are with no exceptions, perfectly imperfect. The late B.K.S. Iyengar, considered one of the foremost yoga teachers in the world, said, “Yoga teaches us to cure what need not be endured and endure what cannot be cured.”

Once I accepted my incurable vitiligo—even embraced it as a unique and beautiful trait—I let myself connect with others on a deeper level. I no longer am surface living, nor am I faking confidence. I now am confident!

In a way, my vitiligo has been a gift. It wakened a resiliency I didn’t know I had. Once I changed my outlook, others noticed too.

Today, I can talk about vitiligo freely, and I’m no longer embarrassed or annoyed when someone inquires about it. A friend recently confided in me that her teenager has vitiligo and that she constantly worries about her daughter. She said that my apparent strength and self-assurance eased her mind and provided her with confidence that her daughter would be fine.

When we learn to share and connect—even in small exchanges—it reminds us that we are all in this together. We have the power to inspire and to give hope when it’s needed.

We are so much more than how we appear on the surface. We need to show others our real selves and that our imperfections are just part of being human.

I can’t control my vitiligo, and I want others to know they are not alone—whatever their imperfections may be. 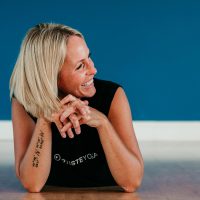 “She was bullied as a child because of her vitiligo; now she’s a model.” Meet Cheri, the Beautifully Brave Soul Who Bares All. ~ Angkush Poonye {Video} “I don’t want fat girls or burkas in my Sports Illustrated Swimsuit Edition.” [Photos]
See relevant Elephant Video