Are we asking the Wrong Questions about Mental Health? 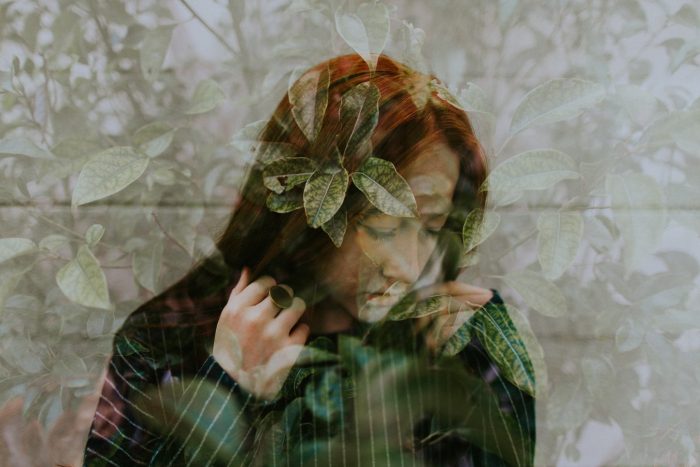 There has been much talk in the press in the past year about the rise in mental illness in young people.

The chatter is that this rise has coincided with the rise of social media and screen use, and the two seem to have been linked together.

In an August 2018 article in the New Scientist, Tom Chivers made the point that, actually, there is no evidence to support that there is a direct link between self-harm and social media, and went on to say that alcohol and cannabis use has reduced during that same period of time—yet no one is drawing the conclusion that reduction in substance use is because of a rise in social media and screen time.

The problem is more complex than that—and yet it is actually more simple at the same time. The New Scientist points out that “exactly what is causing this unhappiness is not clear.”

What exactly is causing this unhappiness is, in fact, more clear than we think, and it is largely due to an ocean of misunderstanding around the topic of trauma.

Because underneath almost all mental ill-health is unresolved trauma.

When we think of trauma, most of us think of war veterans coming home and not being able to integrate into normal life again. Or we think of someone being raped, or being in a terrorist attack. And this is indeed trauma, it is indeed traumatic. And often, people suffer for some time afterward as a result, especially if they don’t seek professional help.

This type of trauma, the more widely known trauma, we call “Big T Trauma” and it’s technically defined as something happening to us where we feel that our physical life is in danger.

Some of the patients in our recovery center have “Big T Trauma.” But what we are finding is that almost all of our patients have another type of trauma. It is called developmental trauma, or “little t trauma.” And it happens during the first 18 years of our lives—during our childhoods, during our developmental years. And herein lies the ocean of misunderstanding to which I referred above.

There is a notion that “trauma happens to other people.” This notion is incorrect. We actually all have some trauma, some developmental trauma. Some of us have more of it than others, but we all have some.

Bessel van der Kolk, one of the leading trauma researchers in the world, in his book, The body Keeps the Score, calls developmental trauma a “hidden epidemic.” And he is right; it is hidden, and it is an epidemic. Bessel talks about children who have been physically, sexually, and emotionally abused. And he puts them on the map. Thank you, Bessel.

We can probably all—however horrid it might sound—imagine a child who has been physically, sexually, and emotionally abused. We can picture them, perhaps curled in on themselves, pale, thin—“traumatised.” They might have been born to parents who are active addicts or alcoholics. They might have been beaten, sworn at, and shouted at daily, with their basic needs not even being met. As we think more about these poor children, we can understand that they would have trauma, developmental trauma, the “little t trauma,” and our hearts might bleed for them.

But those people self-harming in the reported statistics aren’t necessarily born into families with that level of dysfunction.

So what is going on?

There is a gaping hole in the true understanding of emotional abuse and neglect, that’s what’s going on.

For decades, for generations, we have been emotionally abused and neglected by our parents, to one degree or another, without anyone realising that it is happening.

No parent sets out to emotionally abuse and neglect their child. Well, perhaps a teeny 0.01 percent do. Every parent I have ever met sincerely believes that how they raise their children is absolutely the best for their child. And they most likely believe that how they were raised was also from a place of putting the children first. No one is perfect—lord forbid, that would bring its own set of problems for a child.

To keep it simple, I look at it in terms of the emotional needs of any child. One of my trainers, Laurel Parnell, encapsulates this need-bank in terms of 4Ss, which are: Seen, Soothed, Safe, and Secure. In order for a child to emerge as an adult with a minimum amount of developmental trauma, they need to have felt those 4Ss enough of the time during their childhood.

Let’s think back to our own childhood. Did we receive those 4Ss enough of the time?

Did we feel seen by our parents? By seen, I mean really connected with for who we were as an individual, rather than just a family member, or an offspring. Did we have a parent who would take the time to get to know us, to hear our opinion, to value to it, and to value us?

Were we soothed when we felt upset? Did we have a parent who would scoop us up in their arms when we felt sad or emotional, embrace us, rock us, and soothe us until our upset subsided. Or were we told to get on with it and stop crying? “Big girls don’t cry, boys don’t cry.”

Did we feel emotionally safe to go to our parents with anything that was going on in our lives that felt difficult? If we tried to do that, did they listen, see us, and hear us? Or did we receive a message—said or unsaid—that we just needed to get on with it alone? Generally, if we feel seen and soothed, we are probably going to feel emotionally safe.

Did we feel secure? Did we have a stable home that felt like somewhere we could go back to, that felt like home, that we could share with our friends, where we had a sense of security?

Many of us, when we take an honest look at the above, will answer “No, I did not.”

If we didn’t feel enough of those 4Ss enough of the time, then we are going to have some developmental trauma.

So how does this manifest in our daily lives as we grow up? What does it look like? Depending on our personalities, our character makeup, and the type or frequency of the trauma, there are various ways this developmental trauma manifests in us. PTSD, alcoholism, addictions, eating disorders, anxiety, depression, smoking, antisocial behaviour, numbness, self-harm, suicidal ideation, and of course suicide itself, are some of these ways.

All of these are signs of developmental trauma. Because trauma doesn’t just come from the horrid things that happen to us, it also comes from the loving things that didn’t happen for us.

But we all love our children, right? Of course we do. And we were loved by our parents before us too. All parents love their children. But the missing piece is that we don’t all know how to be unconditionally loving toward our children because we don’t fully understand exactly what all children need.

Because it’s not just about love. It is also about respect.

And when we do not feel seen, soothed, safe, or secure enough of the time, we are not being respected for the extraordinary human being that we are, in all of its wholeness. A lack of that respect and unconditional love, very sadly, results in the child feeling emotionally abused or neglected.

We need to be looking at everyone, from a young child, to teenagers, to young adults, to grown adults—the “little t trauma” affects all of us.

Because the answer lies somewhere in those 4Ss—or lack thereof. And once we know that, we can help them to heal. 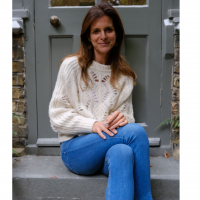 Lucinda Gordon-Lennox is a Mother, and a Trauma Therapist, and lives in London. You can see more about her on her website or Instagram page. … Read full bio

What I Learned about Mental Health after my Husband Committed Suicide. How to Overcome Mental Illness Stigma & Create a World that Thinks Beautifully. The One Thing we can do to Boost our Mental Health Every Damn Day.
See relevant Elephant Video