The Wounds we Carry from our Childhood Trauma. 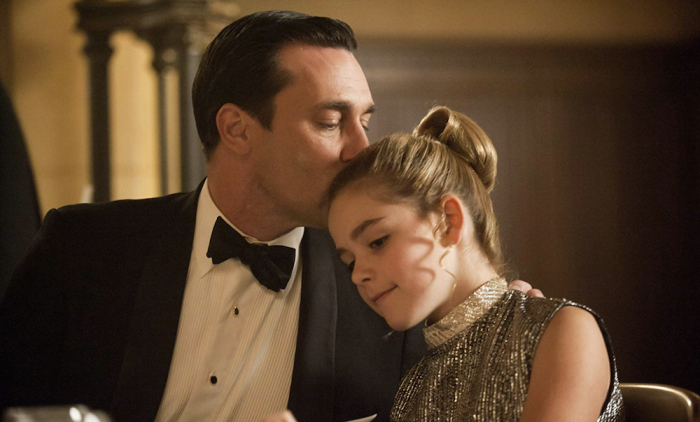 I grew up being told I would never amount to anything and that I was stupid.

Grew up being called a slut and worthless.

Grew up learning to build walls to protect myself from those around me. Grew up feeling like this was something to be ashamed of, something to hide.

Carrying this with me as I began to date, I was attracted to partners who would recreate those same feelings I was so uncomfortably comfortable with.

Choosing partners I thought I could change or fix, as they repeated their own self-destructive patterns, I became a master at directing my energy toward fixing anyone and everyone but myself.

This was my greatest distraction. A “noble” and less obvious distraction as I joke, but a distraction nonetheless. Instead of using my time and energy to process the pain I was continuing to accumulate by repressing and running, I was choosing to pour my energy into my partners and those around me, choosing to seek love externally, rather than really learning to love myself enough to want more.

Ultimately, by doing this, I was repeating the cycle of abuse. Repeating patterns that only added to my childhood trauma, without even realizing it. Setting myself up for further hurt, further struggle.

Chemically, our brains crave this.

“Each time an old wound is reopened or someone who mirrors our father (or mother) pain comes into our lives, circuits connected to trauma fire in our brains. As part of the trauma response, the body releases a raft of stress chemicals that are akin to taking a stimulant drug. The hormones released during stress can give us a type of buzz that lifts our mood out of the doldrums that we may be feeling. The position of pain and drama can feel familiar and oddly “safe” because it is familiar.” ~ Doreen Virtue

Realizing this was one of the most heartbreakingly difficult yet empowering realizations of my life. By making choices that were only adding to my pain, I was repeating the cycle of abuse, not only through my choices, but through my thoughts and internal dialogue.

But most importantly, I realized that I held the power. Me. I had power to make different choices—choices that would begin to break this long-standing cycle of abuse.

While overwhelming, this realization eventually propelled me to really commit to facing my greatest fear and open to exploring myself and all of those experiences I had been running from for so many years. And as I began to do the work, I started to notice just how many around me were also avoiding their feelings, also running and distracting and avoiding getting real.

At the same time, I also began noticing those around me who were doing the work to face their own pain. Began noticing those living freer, more connected lives. After my first trip to Bali to complete a yoga training with an inspirational woman whom I will forever be grateful for, I really started to believe there was another way to experience life.

Regardless of whether you can relate to the experience of childhood trauma or not, as we move through life, we all eventually experience some form of trauma. According to the World Mental Health Survey Consortium, “General population studies have shown that a large proportion of people in developed countries have been exposed to at least one traumatic event in their lifetime.”

At the very least, throughout life, we all experience heartbreak, loss, and disappointment. When the pain of these experiences is not dealt with, it can build up within, impacting our life choices, happiness, and physical health.

“Even at its everyday manifestation, everyday trauma can produce a lack of self-worth & self-esteem, as well as emptiness sometimes repressing or numbing our inner intensity. Many people use vices such as alcohol, drugs, excessive media, excessive busyness, yoga and & other spiritual practices as buffers to our vulnerability.” ~ Mariana Caplan

Over the years, I reached expert status at distracting myself from really facing the pain, anger, resentment, and all those other emotions us women are taught we aren’t supposed to feel.

Over the years, I became a ninja at disconnecting from my emotions, and from many of those around me. Distracting myself with alcohol and shopping in my younger years and excessive busyness, fast-paced power yoga (that only intensified my fire), shopping, and, at times, an excess of plant medicine in my married life.

For so many years, I was in denial, doing anything and everything I could to avoid facing the emotions that were continuing to build up and bubble beneath the surface. This repression impacted my relationships and greatly influenced my interaction with the world around me.

My most significant partner, a talented man, worked long hours in a demanding career and barely had the energy to eat meals, let alone connect in a way I began to see possible.

And while I don’t want to focus on him, he played a significant role in my journey. He was the man I loved most in this world and the man who worked hard to provide a beautiful life. And while I truly believe he loved me the very best he knew how, he was the man I allowed to break my heart just enough times for me to want more.

Through this relationship, I discovered talk therapy and the path of yoga and began the extensive work to break my destructive cycle and face my sh*t. And while my partner wasn’t quite ready to completely face his own pile of sh*t, he tried the best he could, and I will forever be grateful for his role in my journey. But there came a time when I simply couldn’t bear the weight of his issues anymore, when the love was no longer enough for me to continue pouring myself into trying to fix him, myself, and our marriage.

Deep down, I knew I had to focus my energy on fixing myself. Deep down, I knew there was a different kind of love out there. I saw it. Not a perfect love, nor a perfect person, but a love where both people were aware of and willing to continuously work on their sh*t as it came up, throughout the ups and downs of life. So after years of trying to make it work, I made the toughest decision of my life and left my relationship to continue on along my healing journey alone. To be continued…

As you may have guessed, writing has been one of the most therapeutic tools along my journey. Journaling, reading, connecting with others who have also experienced trauma, and, now, sharing, have been key in helping me process and move through many memories that were deeply repressed.

All it takes is a dedication to slowing down enough to gain awareness, an openness to getting to know yourself on a deeper level, and, most of all, a commitment to healing. A commitment to getting real and doing things different. And as I’m learning, the commitment to yourself is the greatest commitment you can make.

If this touched your heart, check out these mindful offerings:

14 Signs that You may have Grown Up in a Dysfunctional Home. 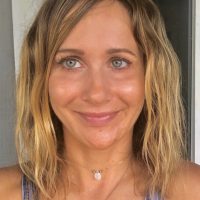 After a tough divorce, Julie embarked on a healing journey, delving into childhood trauma & conditioned patterns that were holding her back from truly connecting with life… Read full bio