Emma Thompson & I are Hypocrites—& so are You. 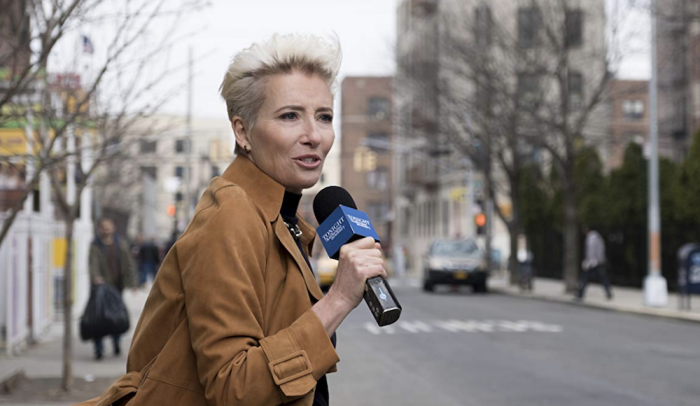 I wonder at times if it is possible to be a perfect human.

No, not that type of perfect that you thought of, because everyone knows that there is no perfection.

I wonder if one can live consciously and intentionally, even at the expense of their own comfort. Because lots of people speak up about causes, ideas, legal entities, and private individuals—but, at the same time, make simple mistakes in daily life that go against their declared values.

Think of Dame Emma Thompson, for example, and the story of her flight from the United States to attend a climate change protest in London. This summer, the actress took a 5,400-mile plane journey to show the world that she cares about the planet. But she failed to notice that her flight from Los Angeles to London burned around 70 tons of aviation fuel.

In my country, Ukraine, there are multiple examples of the triumph of convenience over consciousness. Everyone in Ukraine understands that Russia is an aggressor, yet many would still happily buy Russian products and, in that way, bring money to the country we’re at war with.

And speaking of myself? Not so long ago, I, a feminist, watched the films “Vicky Cristina Barcelona” and “The King’s Speech.” The first one made by a man who allegedly sexually assaulted two of his adopted daughters. The second film was made by Harvey Weinstein’s production company, and, well, we all know about Harvey Weinstein.

I watched the first film to get in the mood for my trip to Barcelona and the second film because it was recommended in the public speaking classes I took. No doubt that both are great films, but the fact of who was behind their production left me wanting to take a shower after.

I speak for the preservation of nature and the environment myself. I’ve been recycling most of the things I buy and, recently, almost stopped using disposable hygiene products in favor of the much more planet-friendly menstrual cups.

Yet, there are things in my consumerist habits that are difficult to control or give up.

For example, a lot of goods I buy in the stores close to me come with some form of plastic packaging without an alternative, non-plastic option available on the shelves. Looking for earth-friendly selling spots would take a big portion of my time and comfort away. And, while I hope that this is something I will arrive at soon, I have not taken the steps to do so yet.

Maybe the spread of awareness is the key, and if information about the things people buy was visible everywhere, people would purchase fewer controversial things.

I’m reading a book on mental illnesses now and uncovered the massive scandal around the well-known Johnson & Johnson company, which massively profited on people’s (and especially the vulnerable groups like the elderly and children) mental problems. After learning of the company’s misdeeds and how it pretty much got away with them, I frantically walked around my flat checking all the cosmetic products I have. I sighed with relief to not have found anything by Johnson & Johnson. However, it is one of the most popular brands to this day. And despite this scandal having been covered by media outlets like The New York Times, I had not heard about it until I saw it mentioned in the book I read. How many people buy from Johnson & Johnson without awareness?

Perhaps vulnerability is key, and if you’re up-front and honest with everybody and say, “Look, I’m taking steps to become better. However, there are still areas where I lack knowledge and, therefore, can make mistakes due to uninformedness but not deliberateness,” people will forgive you your misdeeds. After all, it’s all a learning curve.

When you’re in the public eye, however, it is more difficult. People do not forgive celebrities for their flaws and imperfections, and the rare times these celebs might have made disclaimers that they’re not perfect and should not be viewed as role models are overshadowed by their loud actions and words in favor of or against things. 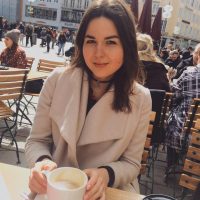 Maria Romanenko is a Ukrainian-born writer interested in the topics of self-growth and self-discovery. Get her top 3 confidence tips to break free from self-limiting beliefs a… Read full bio

Ready to Make the Switch? 6 Menstrual Cup Hacks you need to Know. Every Woman has a Harvey. Give it Up—Perfection Doesn’t Exist.
See relevant Elephant Video