“The Clitoris is not a Button, it is an Iceberg. Welcome to my TED Talk.” {Adult-ish} 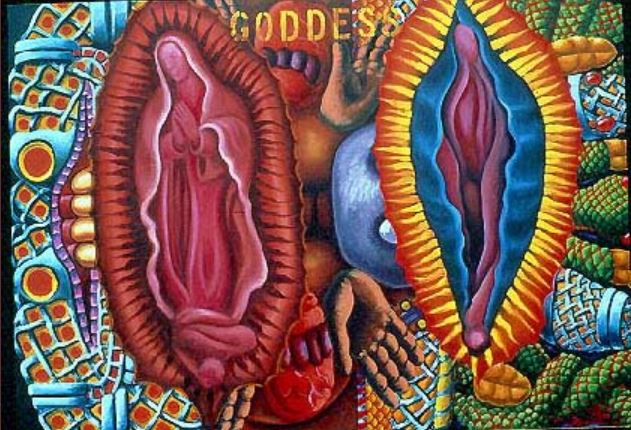 Relephant: Having Sex vs. Making Love.

“How is it possible that we landed on the moon before we figured out the anatomy of the clitoris?”

It’s not surprising that most men haven’t a clue about the female sexual organ—the clitoris…most women don’t either. Today the word vagina is used for that general region of our lady bits, but as Sophia Wallace states,

“‘Vagina’—the single most misused word in the English language. This is one of the laws of Cliteracy. It’s intentionally hyperbolic. ‘Vagina’ is a Latin word. It means ‘sword holder’. Vagina, medically, technically, only includes the opening. This term is used almost universally in doctor’s offices. It’s also used in feminism to sort of advocate. But it’s a term that ignores the clitoris, which is the female sexual organ.”

I don’t remember having “the talk” growing up, other than the often-heard, “don’t get pregnant!” shame-filled accusation thrown at me before every school dance. In school, we had a few vague conversations about periods, but mostly these talks centered around what not to do on your period. The female body was only discussed when we talked about where babies come from and never about female pleasure. I babysat for a young couple who had an interesting library of books and that’s where I first read The Joy of Sex, and then that other classic, Our Bodies, Ourselves. This book introduced me to all sorts of new worlds and I still have my vintage copy.

What we’re taught about our bodies extends to equality in the world.

“In sex education it is taught that boys are both sexual and reproductive, boys have erections, boys have wet dreams, boys ejaculate, and then the semen fertilizes the egg. Girls, we’re taught, have reproductive organs, they menstruate, menstruation is painful. Girls should not get pregnant if they don’t mean to. Girls should not get sexually transmitted diseases. We never learn about the clitoris. We never learn that girls have desire, that this is natural, that girls have sexual dreams, that girls have fantasies.”

Clearly some better sex education is needed for teens but also for everyone. There’s no real excuse to not know more about our bodies. Like…about the clitoris, did you know that inside that “iceberg” it is actually shaped almost like a penis? That only what we see on the outside is the “tip of that iceberg.” I didn’t, but so much makes sense now.

Check out this image, it’s basically a hidden droopy penis with balls (not the actual medical term): 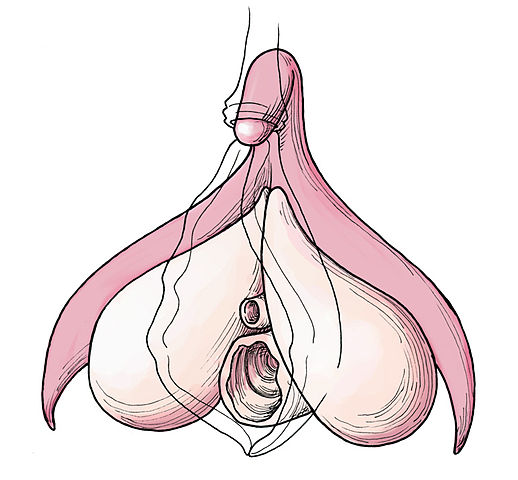 Mind. Blown. Life makes a bit more sense, no? I’ve known so many powerful women “with balls” and now it’s true. Science! And maybe if we start to know more about our powerful bodies, we’ll stop using female anatomy references as a way to put down men? We should be rising up, erect and powerful, and showing the world that we are not just “empty voids” for male pleasure.

Sexual organs, of women at least, are still steeped in mystery. Case in point, I live as an expat in Turkey and the first nine years here, I was living in a rather small village where patriarchy was (and still is) the way of the land. It is not uncommon in the rural areas to have men and women completely separated in daily life. After being annoyed one day about needing to move my seat on the bus because an older man didn’t want me (a woman not his wife, daughter, or sister) in the aisle seat across from him…yes there was an aisle separating us…one good, local friend of mine (male, university educated, mid-30s) explained the logic like this, “Women have special powers downstairs. Men are unable to resist these powers and so the woman needs to move otherwise the man cannot be blamed for his actions.” Yeah…some Deuteronomy-style rape logic but it made a lot of sense of how things were arranged as a society. After he said that (and basically agreed with that way of thinking), a good friend of mine (also an expat) and I would make jokes about our special “hooha laser beams” that shoot out as we make “pew, pew” noises with hands shaped like pistols whenever a guy annoyed us. I might just need to send that illustration to a few guys there now, or at least to their wives.

About that video: this TED Talk kept surfacing to my “watch later” list, hope it makes you also feel a little more empowered to know more about your body. May it be of benefit:

End note: I also loved that she mentioned FGM (Female Genital Mutilation) as part of the awareness of the clitoris:

“All bodies are entitled to experience the pleasure that they are capable of. This is a core pillar of cliteracy. In making this work, I had to say that the clitoris, first, as an organ, has a right to being, and that this right is not just about not being cut off. Sadly, to this day, over a 140 million women have had their external clitorises cut off. This doesn’t make it into the news very often, and this doesn’t come up in foreign policy discussion. So number one, the clitoris has a right to exist, free of harm, like any other organ.” 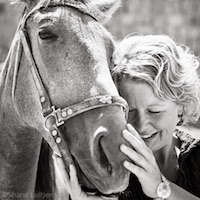 The Feet & the Clitoris have more in Common than you Think. I Had My First Orgasm on A Bicycle. {Adult} Finding Body Positivity where the Sun Doesn’t Shine. {Adult} Furry is Fine: Your Daughter Does Not Need to Shave her Vagina.
See relevant Elephant Video