“Why are you Asian if your parents are White?”—Talking about Race with your Adopted Child. 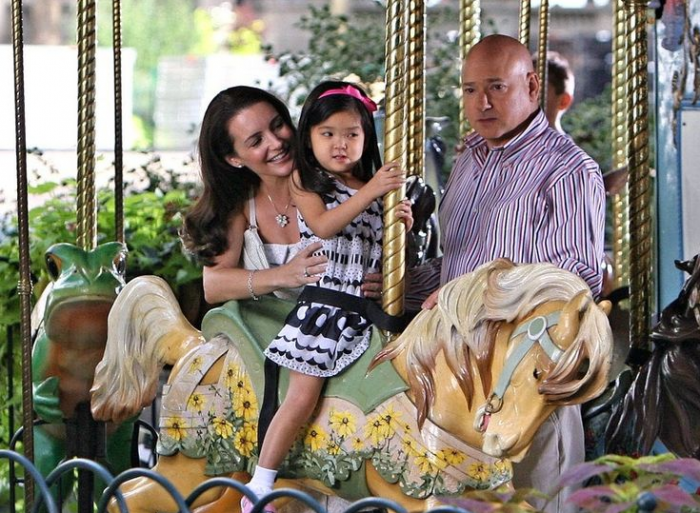 I’ve faced the challenge of discussing race with my child: an adopted boy with big black eyes and dimples from Beijing, China, who entered my life shortly after he turned five years old.

After bringing him back to the states, my husband and I were met with the issue of explaining to our son why our skin looked different than his.

Children are innocent. It’s instinctual to protect them from topics that we believe they are not yet ready to hear. However, it’s never really the right age or time to teach kids about this unfortunate fact of life. Ultimately, shielding kids from the truth about racism can do more harm than good.

My son had a sea of questions, but was receptive and eager to have the conversation with us, so we found it best to discuss race early in the relationship. This act shows your child that they’re loved and reassures them that they are not alone in a world that is at times unfathomably cruel.

Adoption in the United States

Nearly 300,000 children entered the United States foster care system in 2016, according to the U.S. Department of Health and Human Services Administration for Children and Families. Nearly 120,000 children were waiting for placement that year. Annually, these numbers increase.

Adoption is a lengthy and complicated process. Each year, social workers face many challenges in finding a healthy environment for foster children. International adoption can be even trickier. Along with getting the right VISA and travel documentation in order, there are shot requirements, and navigating an even trickier conversation—race.

Unfortunately, the Children’s Bureau study also states that the internal bias of child welfare professionals may contribute to the over-representation of minority children in the nation’s foster care system. In part, this condition may persist due to lack of quality control for the nation’s child welfare system as well as regional bias toward minorities. In combination, these factors contribute to the increased rate of neglect of minority foster children.

Broaching the Race Topic with Kids

Like other children, adoptees must also contend with racism in society. Unfortunately, people who choose to harm others with disparaging racial comments or unfair actions typically view children as fair game—if not easier targets. More often, however, people—especially young peers—are either insensitive or uninformed about any way of life that’s different from their own.

Parents of transracial adoptive children must allow and encourage their kids to learn about and embrace their heritage. After all, to deny a child that opportunity is to deny them a part of their self. By letting our son own the narrative of where he came from, we found that he was able to establish a more solid sense of identity.

Unfortunately, people choose to extend this concept to justify their reasoning about why their race is better than another one. While this sentiment has no basis in reality, it does have very tangible and persistent consequences in modern society.  Too often, people view other people as a color rather than a human being and make potentially life-altering decisions based on that distinction.

Candid conversations about race may help young transracial adoptees rationalize the day when they realize that their parents are different from themselves. Also, it can prepare adoptive children for dealing with societal standards that continue to accept segregation as the norm.

As foster children mature, they may have to face separating their achievements from the legacy of their transracial adoptive parents. From the child’s perspective, their achievements have nothing to do with their parents’ background. However, in a world that’s not as open-minded as it proclaims, bias and racism—be it overt or unconscious—is a steadfast reality.

By talking about race early and often with adoptive children, you can maintain a continuing conversation that correlates with your child’s ongoing experiences.

It’s Going to Be Hard—Do it Anyway

For some people, discussions about race are a normal part of life. For others, they’re a highly awkward subject. Either way, you should talk to your transracial child about the topic.

Eventually, race differentiation is going to rear its head in your child’s life. At the very least, it will appear as innocent as your child noticing that people look different. In this scenario, it helps to lay a foundation to explain to your child why they look different from you.

My husband and I debated for several months about how to best bring up the topic. Our son was coming home repeating things he heard from his classmates. Questions like, “Why are you Asian if your parents are white?”

We knew that we had to address the subject with sensitivity and care, and with as much of a cohesive and positive outlook as possible.

There is no standard way to bring up the race topic with adoptive children. No method is guaranteed to work or make the process comfortable. Still, it makes sense to consider what method will work best for your family.

Most importantly, however, the race topic is a conversation that’s essential to prepare children for the realities of modern living.

If you don’t feel comfortable talking about race with your child, it’s a good idea to make an honest assessment of your feelings about the issue. By being honest with yourself about the topic, you can have a more thoughtful and productive conversation about it with others.

Race issues can cause severe problems for children, such as limited educational opportunities and, in turn, limited job opportunities. Over the years, legislators have passed various laws to address the issue. Still, laws cannot change the hearts and minds of individuals.

The law of the land may compel people to keep their comments to themselves, but it cannot change how they genuinely feel. The attitude of society about race is changing slowly, but it’s going to take time—and a lot of it.

If as an adoptive parent you feel intimidated by broaching the subject of race with your child, commit to learning more about the topic. Also, make an effort to build sincere connections with individuals who are different from yourself. We did all of these things, and it really helped.

A genuine friendship with someone who has a background that’s different from yours may help you better understand how to connect with your adopted child. Sometimes, hearing someone else’s story or experiencing a moment in their life can give you an entirely new perspective. 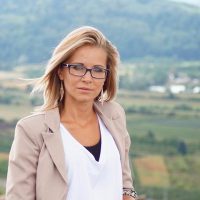 Sarah Daren has been a consultant for startups in multiple industries including health and wellness, wearable technology, nursing, and education. She implements her health kno… Read full bio

Image: Sex and the City 2/IMDB

The Primal Wound of Adoption: How we can help our Children Heal. White People, the Solution Lies with You.
See relevant Elephant Video