Why Getting Herpes was One of the Best Things to have Happened to Me. 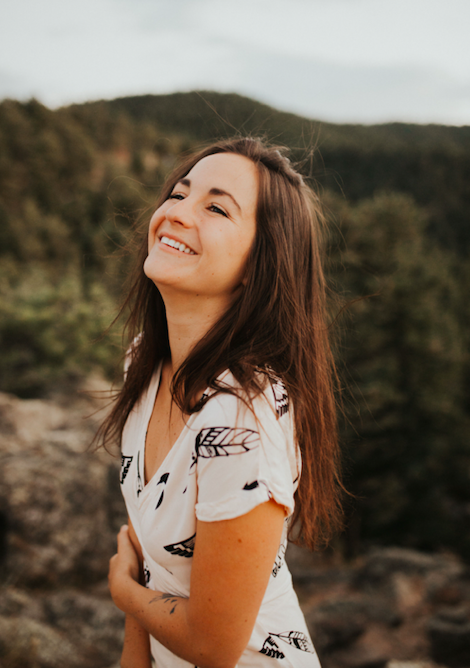 “You don’t have herpes do you? You don’t look like a herpes girl,” he said, grinning.

Yikes. I couldn’t find the courage to tell him that he had insulted me to my face. I swallowed my pride and dropped it.

I don’t do that anymore. Now whenever someone asks for a sip of my drink, I tell them that I do have herpes, but not worry about it.

Interestingly enough, my once shame-filled secret is now my go-to conversation starter.

Whether you’re a new friend at a social gathering, my Lyft driver, an extended family member, or anyone else I cross paths with, there’s a good chance you’ll learn that I have genital herpes. There’s a 20 percent odds you just might also. If not, at least I broke the ice, right?

Herpes showed up to the party in April 2017. I was sitting on a thin mattress in Nepal, in a medieval city called Bhaktapur where I volunteered at a center for “untouchable” caste children.

More typical symptoms like a high fever, loss of appetite, and fatigue, were accompanied by nerve pain down my legs and the involuntary release of water from my vagina so that it looked like I was constantly peeing myself. Listening to my Bhakti yoga playlist with tears rolling down my eyes, I realized the one dollar antibiotics I bought at the kiosk down the street hadn’t done much to fight off whatever mysterious illness I had.

With little strength, and quite reluctantly, I hopped on the back of a motorbike and took a bumpy ride to the local hospital, where the male doctor told me that, “women sometimes just get stressed.”

Ashamed of my situation, failed by the local healthcare, and without a community to lean on across the world in Nepal, I naturally turned to Google. The internet introduced me to a sprawling online community of STI-positive individuals. It’s a place full of pain, anger, sadness, and isolation. I quickly accepted I’d have to sign up for an STI-positive dating app, and that this ruthless virus would plague me every time I ate peanuts, or got less than eight hours of sleep.

Despite the degree to which things like solo travel, meditation, and yoga instilled in me a sense of confidence and independence, the herpes diagnosis crushed my spirit. I looked nostalgically at old photos of myself—a “clean,” carefree girl with a life full of adventure, romance, and boundless opportunity ahead. I said my goodbyes. In an instant, feelings of inadequacy and unworthiness resurfaced.

At first, telling my secret was rough. Sobs and snot were common and the heartache was palpable. Approaching the story as a victim in those early days, I was often met with pity. But another common response surprised me, and spurred a major shift.

More often than I can count, I heard on the other line, or saw written on the face across from me, “same here.” Some of my closest friends and mentors had herpes the whole time!

The staggering truth is, two in three people carry HSV-1, which usually presents itself as oral herpes, but can show up as genital herpes. HSV-2, genital herpes, affects one in six people, one in five women, and apparently one in four New Yorkers. According to my blood tests, I “have” both. I’ve never had a cold sore on my mouth, and in the two and a half years since my first outbreak, I’ve been asymptomatic for HSV-2.

Despite the consistency of the statistics online, it was only through one-on-one encounters that I could finally believe them. Deeply ingrained stigmas distance us from issues right under our noses—or pants, in some situations.

Culture feeds us an image of the kind of person herpes happens to, but in reality, and in contrast to what that guy in line for a Phish show once told me, there is no such thing as “looking like a herpes girl.”

Through vulnerable conversations, I became inspired to break down a stigma that leaves so many feeling ostracized and unworthy of love. I’ve spoken with dozens of people who have stayed in abusive relationships, became depressed, and, in some cases, suicidal. Many have severely contracted their lives and limited themselves in various ways due to their diagnosis.

I started to embrace the idea that herpes did not reduce my worth, and that I could take any story of my past and change my relationship with it. Perhaps herpes could challenge me to grow, empower a more expansive sense of self, and inspire me to action.

In deciding that a mundane fact about my sexual health would not define me, it became easier to share with poise and courage. One of the most empowering things I’ve ever done was to challenge myself to talk about herpes with each and every one of my romantic interests from the past couple years. It was scary as hell, and yet I didn’t want it to end. That’s a whole book in itself.

The quest to own my story and eradicate the shame around it led me to introduce myself to a great human named Waylon Lewis, the founder and CEO of Elephant Journal, who told me that “not to be weird,” but having herpes kind of made me “more cool.” It led me to my current partner, my best friend, and the greatest love I’ve ever know in my 26 years on this big strange rock. Dozens of new connections have created a domino effect that has enriched my community and widened my circle.

Most recently, I’ve been able to share my story in a brand new way and interview dozens of people for my new podcast “Living Brave,” which explores what happens when we lead with courage.

Most people are simply curious about what it’s like to live with herpes.

“You don’t have herpes, do you?” an acquaintance joked as we shared a meal among a large group of friends.

“Actually, I do!” I responded.

I didn’t tell the truth to force an apology, or defend myself, or make the situation uncomfortable. I can only hope that maybe, through these everyday encounters, we can create a brave space for vulnerability to do its magic. It’s in ordinary moments that our authenticity can change a perspective, form deeper connection, and break down the walls that separate us from ourselves and one another.

My story is just one unique experience out of millions, if not billions. I share it to give context to the darkness that propelled me into a new expansive version of myself—flaws and all. To demonstrate, there is always hope for a 180 mindset shift whenever we find ourselves hurting.

“Getting herpes” was one of the best things that ever happened to me. A tragedy that once marked the death of my love life has instead blessed me with radical self-love, a new sense of freedom, and stronger relationships.

Living my truth and owning my story feels right, down to the bone. Sometimes, though, the vulnerability hangover is real—and there’s no magic pill but raw bravery. Nothing pushes me past the discomfort more than imagining just one person feeling less alone.

What if we could look at our perceived shortcomings, heartaches, insecurities, and traumas as opportunities to flip the narrative? How much mental space could we clear to start taking on big issues this world faces, like climate change, inequality, and social justice? If we could just be ourselves, without worrying about getting found out or maintaining a certain image, what could we create?

I dream of a world where we realize that although it’s not always easy to let go, and that sometimes the anchors weighing us down feel impossible to lift, there’s always a way forward. I want us to feel that it’s okay not to be okay, and to take time, but that we are never alone in this human experience.

This life is too short to be anything but kind and forgiving to ourselves and one another. The crises that we face are too big to take on independently. It seems clear to me that we must hold space for each other to share our stories and listen to one another, understanding that your experience may look nothing like mine, but at the core, we are not so different.

In this modern-day, when we are more digitally connected and yet more isolated in real life than ever, vulnerability is our superpower.

So here I stand, humbled, resilient, and inspired—assured that we have much more important things to do after I tell you I have herpes. 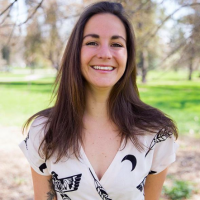 Shoshanna Raven is an empowerment coach, activist, and storyteller. Her podcast, retreats, and signature coaching programs aim to break down shame and fear culture so that we … Read full bio

I have Herpes: Living with the Boogeyman of STDs. Why Getting an STI is One of the Best Things that Ever Happened to Me. Living Single With a Sexually Transmitted Disease. ~ Anonymous
See relevant Elephant Video