Meghan’s Words still have me in Shock (& Not the Ones about her Baby’s Skin Color).

“I just didn’t want to be alive anymore.” https://t.co/TFszevlKzC

She has some guts.

I know, by now, we all have been bombarded with Harry and Meghan’s interview with Ms. Oprah Winfrey.

I watched the interview, after reading an amazing article here on Elephant by Robert Busch—thank you, Robert.

The world is currently in a frenzy around political views and judgmental statements—those against or in favor of the Firm (also known as the royal family).

Well, let’s not lose sight of what this is really about. These are two human beings speaking up for themselves, on subjects that matter.

It felt so impactful to listen to the interview. They spoke so openly against racism, and for a woman to say on camera to millions of people in the world, “I had thoughts of dying“—that deserves all the respect.

Suicide is a real issue in today’s world. No matter race, gender, social or financial status. Suicide is real.

It is especially brave to speak up about such a difficult topic. She mentioned to Oprah that in those difficult times, she felt voiceless, judged by the world, and unprotected. Going through these moments, she had recurrent thoughts that maybe if she died, things will be better for everyone. Let’s take a moment to take this in.

Not only did she not know what to do about it, when she told Harry, he also did not know how to handle this, except to be there for her, and for both to reach outside for help.

Have you ever been in this situation? Feeling maybe things will get better if you just died?

I hope not; and if you have, I am so sorry you have felt this way. I hope that someone was there for you. I have had these thoughts at one point in life, and no playing victim here, but it is so hard to allow yourself to say these things out loud—it is such a real and hopeless situation. Speaking to someone you trust and asking for help shouldn’t make us feel ashamed, and we shouldn’t go through this alone; nobody has it all figured out in life.

Another relatable subject is when Harry mentioned feeling “trapped” within his role with the royal family—like there was no way out of this life pre-built for him. Oprah mentioned: “You a prince, in a palace, feeling trapped?”

I am not saying, there are not more important matters in the world going on. I am saying empathy and understanding shouldn’t be limited to the people we “feel” deserve it—empathy is for all.

Whatever our opinion about their life, good for them to speak up and share these struggles and difficulties. Silence based on fear of what others will think is not the answer.

In the end, no matter who we are or where we come from, we are all trying to live a happy life, and we want to protect and provide for our family. We want them to feel safe, to feel loved and protected.

I loved that at the end when Meghan is asked by Oprah if she got the happy ending she was hoping for, Meghan said: “It is even better than anything I had hoped for.”

They both had to step outside of what people expected them to be and the life they had planned for them, to be able to build a life that made sense to them and their family. Isn’t this what we all want? 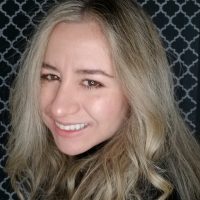 Michelle Gutierrez Empowered Woman, Freelance Writer. Here to use her Voice for a Life of Purpose. Coffee Lover. ♥ We can connect on: Facebook:https://www.facebook.com/mis… Read full bio