From Suicide to Success: How He Gave Meaning to his Life. 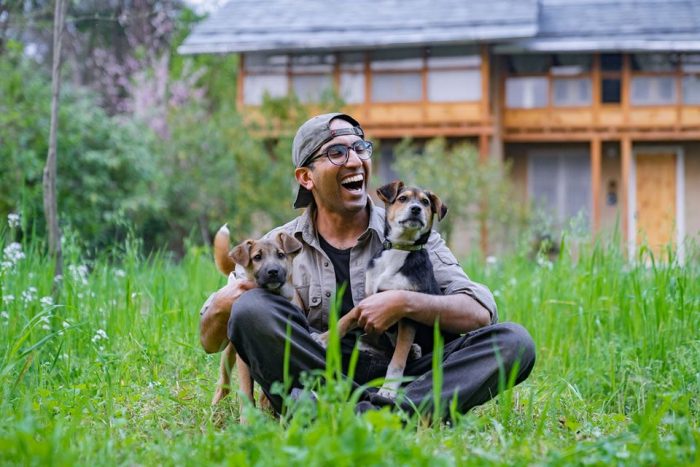 You might find this useful too: 5 Stages of Mindful Decision-Making in the Midst of Emotional Turbulence.

With an almost perfect life, Robin was living the American dream.

A successful tech entrepreneur, financially secure, a beautiful house, love, and other worldly comforts—he had it all. More remarkable was that he had “made it” at a relatively young age.

Yet, he actively contemplated suicide. He wanted to end it all.

Ten years later, I am sitting at the dining table in the community kitchen of his farmstay in a small village at the foothills of the mighty Himalayas. I listen intently as Robin shares how his suicidal thoughts led to a dramatic evolution of his life from a successful hacker and tech entrepreneur in the United States to co-creating and living in a low-impact farm in a small village in north India.

In his words, “I am still a hacker; now I hack minds and am an entrepreneur for social capital.”

Robin Singh is one of the co-founders of Peepal Farm, a stray animal recovery center, organic, vegan farm, and a low impact farmstay in the Himalayan foothills.

I have been volunteering with them since the time they started Peepal Farm, and it is the absolute best community, where I don’t feel alien, where I don’t have to explain my choices—being vegan, being a minimalist, rigidly eco-friendly, or living an “alternative life.”

This detail in Robin’s journey raised questions in my mind, considering suicide isn’t a casual thing to mention. Not exactly dinner table talk, but that is the beauty of the Peepal Farm community. Nothing is taboo. We discussed it some more. I was even more eager to know what he meant when he mentioned the reason he re-purposed his life.

“It was around the end of 2010 when I started giving some serious thought to committing suicide. I wasn’t feeling depressed. I wasn’t broke. Actually, quite the opposite. I’d achieved everything I’d set out to achieve materially, and more. I’d have been able to continue my comfortable lifestyle, without having to work for it, till the day I died. So, something inside me kept asking me ‘why wait?’”

He was made to talk with his physician, and although he didn’t have an answer, he did give Robin some happy pills. The side effects — depression and suicidal thoughts. Robin chose to steer clear of these pills.

He continued, “After one year, this discomfort with my comfortable lifestyle turned into daily angst. Every day I was alive, I was making up an excuse to not kill myself. I was too attached to my life.”

He decided to journal on all aspects of his life, every minute thought, to figure out why this dissonance between not wanting his “good” life and why he was still so attached to it.

As he documented the details of each action, however small or big, he realized a constant common thread was consumption. He started to look at the production processes of things he consumed on a daily basis. Consumption requires production, and production causes suffering—direct and hidden. This is the inherent flaw in life.

An evocative ideology, the concept of suffering footprint, postulated by Robin, is explained as:

“Suffering footprint—the trace of physical harm caused to life and liberty of other creatures in our pursuit of food, clothing, and shelter. When we buy a kilogram of rice from our local grocer, for example, to begin with, the suffering of birds and animals whose home was destroyed to clear forests for agricultural land, then it carries the history of pain in soil organisms — from rats to earthworms, crushed to death — when the earth was tilled to sow the paddy. Then there is the transportation of water and exploited, under-paid labor, which involves the mining and burning of fossil fuels. At each further stage, harvesting, transportation, and storage, until the grain arrived at the grocery, there has been physical pain and suffering, no matter how minuscule, caused to any life form.”

All this for a bowl of rice, for basic sustenance.

This was a paralyzing thought, especially for someone who considered himself to be a good person. He was raised to believe in “do no harm,” and the realization that he was causing suffering by the virtue of simply being an ordinary consumer was too much for him to bear.

By the end of his time in Arizona, he was already a somewhat conscious consumer, buying less, buying used books and furniture, turned vegan, thus removing the big-ticket suffering items from his life.

He believed that we can find a solution to anything we set our minds to. But the suffering footprint of his existence bothered him.

Something Robin said has stayed with me, and which I use to evaluate each major decision I make.

“I had been using my privilege of being an able-bodied resourceful human to prioritize my comfort, convenience, and pleasure over everything else, overlooking my impact on others. For my indulgences, others had to suffer.”

This prompted him to move away from unnecessary consumption, from desire-driven to need-based.

By reducing his consumption, he reduced his suffering footprint. But that was just half the battle. Even for the most basic needs required for survival, one must consume something knowing that others had to suffer in the process. That wasn’t easy for him to accept.

That led to a profound realization for him, “If I didn’t do anything beneficial with my life, even my inaction had a suffering footprint.”

He wanted to reject this. Just because he didn’t like the conclusion wasn’t a good enough reason to reject the outcome of a logical thought process. He didn’t have any say in being born. But to continue living was a clear choice.

“I could have taken myself out of this suffering, but the system would have continued. There are billions of other consumers, hence the better value proposition was to stay within it and work toward reducing suffering—basically repurpose my life. For the first time in my life, I chose to live deliberately and make my life matter.” 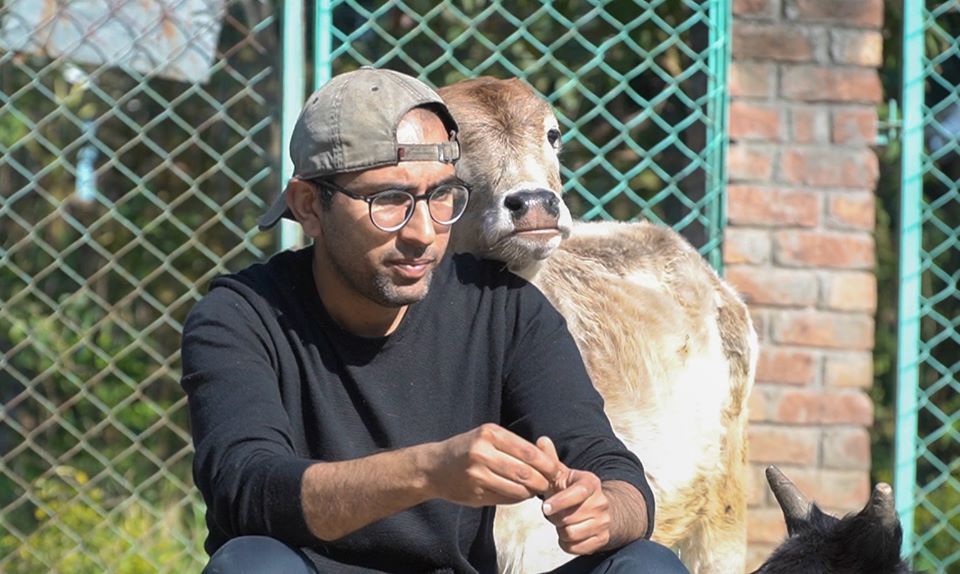 Re-purposing life that way is better than other alternatives. It is about minimizing our suffering footprint.

Based on my conversations with Robin over the years and spending time at the farm, I have found the following four steps useful in guiding my daily actions:

#1 The overlooked flaw inherent in life—living has an unavoidable suffering footprint.

#2 How that flaw becomes a big problem.

>> Social conditioning has told us that the purpose of life is the pursuit of happiness.

>> Social conditioning has told us that happiness comes from consumption.

>> Let doing good drive our life. Instead of temporary sensory pleasure, maybe we can learn to derive pleasure from doing good. We can change the conditioning away from consumerism toward something beneficial to society.

>> Move our focus from comfort, convenience, and pleasure to minimizing our “suffering footprint.”

5 Stages of Mindful Decision-Making in the Midst of Emotional Turbulence. Planet Over Plastic 31-Day Challenge: Elephant’s Favorite Personal Weird Little Avoid-Plastic Tips. The Hypocrisy of Loving Puppies & Eating Piglets. 8 Alternatives to Cremation: Eco-Friendly Ways to Dispose of our Bodies after we’re Gone. No Grocery Stores for a Year: How I Grew & Foraged 100 Percent of my Food.
See relevant Elephant Video