ADHD: The Life of a Single mom & Pageant Queen. 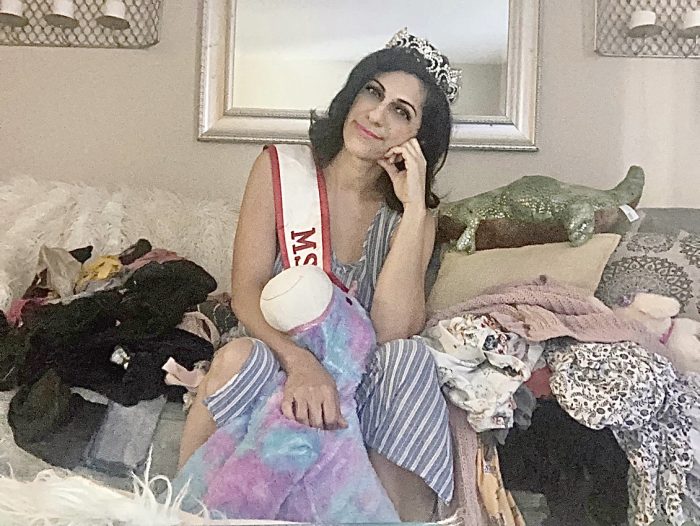 “Squirrel. I’m sorry can you repeat that?”

If I had a dollar for every time I’ve said that in the last year in a Zoom meeting, I’d be retired somewhere in the Caribbean living my best life. If you asked me right now about the principles of human behavior or my views on spirituality and existentialism, I’d likely talk your ear off and sound like someone who seemingly has their sh*t together. But if you ask me where my keys are, when my bills are due, if my laundry is done, or what I learned in last week’s three-hour training, I’d likely be staring at you blankly.

Here’s the deal. I’m a 38-year-old divorced, working mom with ADHD, both hyperactive and inattentive type. I consider myself to be an intelligent person and often joke and laugh about my scattered brain, and how I was simply born more colorful than most of the world.

I have spent the last 20 years working with children with special needs and achieving every goal I have ever set for myself. I have also spent the last decade in a state of complete overwhelm and disarray, and I certainly can’t just think or therapize it away. I never received a proper diagnosis myself until I was 30. Why is that? Because ADHD is still stigmatized and highly misunderstood, especially in women.

According to the 5th edition of the Diagnostic and Statistical Manual of Mental Disorders, there are three subtypes of ADHD; predominantly hyperactive, predominantly inattentive, and combined. Oftentimes, girls at a young age go undiagnosed because the signs and symptoms are not as outwardly expressed as most boys, who tend to fall under the hyperactive subtype.

It can also be misdiagnosed as bipolar, borderline personality disorder, anxiety, and/or depression, none of which accurately reflect what is actually happening with these pretty little neurons in my head.

So what does it look like for me? As a child, I was often deemed as the “chatty Kathy.”

I’d often get in trouble for being distracted or talking in class, although I was fairly intelligent and still got good grades. I would frequently daydream and doodle on my hands and arms, and if I was called out by a teacher, I would internally shut down, self-deprecate, and at times self-harm. It meant in adolescence that I was often emotionally dysregulated, frequently lied, was always “in love,” impulsive or compulsive, and had difficulty maintaining healthy friendships in my life.

In early adulthood, it meant that I would thrive on adventure and risk and excitement. I will say, because of this, I had some amazing travel adventures that I wouldn’t trade for the world. (I’m just glad I survived them!)

It meant dropping out of college twice then changing schools and majors four times before I ever got my B.S. and taking four years to complete a two-year graduate program. It meant quickly falling in love and impulsively getting engaged at 21 only to be divorced seven years later when things got hard.

There was a long period of time when it did almost seem like my ADHD was dormant when things in my life were calm. But after going through another pregnancy and failed engagement at 35, it was evident that my ugly little demons were just lurking around waiting to resurface, and it has been an uphill battle ever since.

The more I try to juggle the responsibilities of single parenting, work, and social responsibility, the more the symptoms have manifested in my life. I have become progressively more compulsive and overwhelmed by the daily duties of life and have a really hard time maintaining close friendships.

I spend a lot of time hyper-focusing and accomplishing certain things, then get completely overwhelmed and dysfunctional in every aspect of my life. I am fortunate enough to have the knowledge and tools as a behavior specialist to work through my own struggles, but not everyone has that luxury.

So is ADHD a real thing or a made-up label maliciously constructed by society and big pharma?

You guys, just come hang out in my closet for a day or check out my box full of unopened bills from 2015. Just know if you are asking this question, you are minimizing something millions of people are struggling with every day.

We have to stop minimizing its prevalence. We have to educate ourselves and be open and willing to acknowledge its existence so we can better understand the struggles of our youth. We have to take the time to look at our own lives and see if maybe all those years of struggle were a result of our own ADHD because chances are you will pass it down to the next generation.

The less we stigmatize ADHD and discard it as a “behavior problem” the quicker we can address it head-on. The sooner we can be a source of love, light, encouragement, and support to a child who may need a proper diagnosis before his or her life falls apart at 30.

Don’t get me wrong. I am more proud than ever to admit I have ADHD. It allows me to feel deeply and experience a colorful life. It has taught me many lessons and has given me a huge heart and passion for mental health. Knowing my diagnosis has changed my life and has allowed me to get to know, understand, and explain to others how my mind works. That is a beautiful gift!

My name is Yeggi. I’m a single mom, a musician, a former pageant queen, and special needs advocate. My superpower is ADHD. 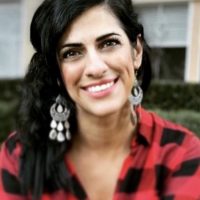 Yeggi Watts is a Child Development Specialist with a M.A. in education and a B.S. in Child Development. She is also a single mommy, singer, songwriter, artist, poet, and activ… Read full bio