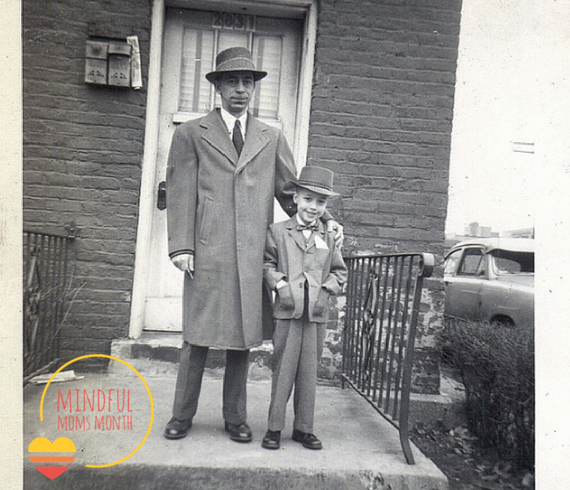 You might like this too: I Don’t Want to Have Children & my Mother is the Reason Why.

There are many reasons why some adults get along with their kids better than others.

In this article, I will provide a short overview of the common explanations which have emerged whilst professionally mediating the relationship between parents and their children, as well as observations in my personal life and society in general.

There are some physiological factors, genetic dispositions, and psychological factors, such as mental illness, which might be influential in developing a poor friendship between a child and their parent. But this is the exception and not the rule.

Often a true friendship just hasn’t been established between a parent and their child. A true friendship includes the qualities of respect, equality, trust, honesty, listening and open communication, among many others, but sometimes the standard disciplinary approaches have inhibited these and other characteristics from maturing in the relationship.

At some point along a child’s development, the parenting role must establish an element of friendship. The earlier the better. Many parents feel this shouldn’t occur with their child until they are an adult—but I wholeheartedly disagree.

A friendship can go hand in hand with a type of guidance which has positive and constructive results. Just because a parent wants to inspire the growth of their child, it doesn’t mean that the rules must be drilled into them like a sergeant does for his new army recruits.

Discipline is obviously necessary in a child’s early years because it is the parent’s mandate to ensure the child is kept safe and their well being is looked after. But once they get the basics of safety—don’t run out on the road unless you want to get hit by a car and touching the hot plate ends in a serious burn—-they are able to manage these aspects of their life themselves. This is when a true friendship can begin to properly develop.

But if a parent employs authoritarian disciplinary tactics throughout their entire upbringing, then it simply creates a robotic response and emotionless engagement. There is no room for a friendship here, which is why it isn’t a healthy or holistic approach to parenting.

Once a child is older, if they feel that there is not enough trust in the relationship to discuss the most important issues which arise in their life, then a true friendship has not been formed.

For example, we all know that the teenage years are notorious for a massive split eventuating in the relationship. But this isn’t always the case, so how are some parents able to still maintain a strong relationship with their child during this time?

It usually comes down to communication, acceptance, respect and realistic expectations.

If a parent has been yelling and screaming at their child for years—then the child will not have much respect for them or their views. Even if it is the most genius bit of information that a parent could provide—if the delivery is poor, then it won’t be acknowledged and will not achieve its intended aim.

True friendship has communication which is respectful, fair and balanced. If a child feels that their views are disregarded and their feelings aren’t validated—even if they’re wrong or acting childish—then in return they disregard the views and feelings of their parents.

It is therefore the adult’s responsibility to ensure they create harmony in the relationship because the child is simply still a child.

Acceptance is also integral to creating a true friendship.

This doesn’t mean that the parent has to like or condone everything about who they are, but if they accept them for who and what they are in that moment and embrace them in a manner which doesn’t threaten or push them away, then their bond with the child is stronger and they’ll more likely have a productive influence in their growth.

Ultimately, the goal is to make a child feel respected even if they know that the parent doesn’t agree with them.

In addition, if a parent always expects their child to behave and follow their strict rules—then that is an unrealistic way of operating in the relationship. Kids rebel, it’s in their nature, because it’s how they develop their independence and capacity to make their own free decisions.

So the less they have to rebel against, the more connected both parties will be.

Now this doesn’t mean that the parent shouldn’t have rules—they are of course important in maintaining harmony and respect in the home and developing the child in a productive manner. But the rules should be chosen wisely and implemented flexibly so that the child feels safe, comfortable and welcome to face the parent to discuss disagreements they have or the mistakes they have made.

Essentially, an open dialogue might just be what the child needs to efficiently learn the lesson.

A parent should also be above their child’s behaviors and not get sucked into the drama of their life. They should embrace them for the fact that they are children.

Because they are still underdeveloped, such as with their lack of knowledge and behavioral shortcomings, a parent shouldn’t expect their child to be perfect or “get it” immediately. After all, sometimes it takes years to learn a moral or behavioral quality, so if a parent takes issue that they don’t learn it straight away, then it is going to create conflict and divide in the relationship.

Yet if the child feels respected and listened to, the guidance that their parent is offering is more likely to be warmly received. This is even more powerful if they have developed a strong friendship with them in their early years because a child wants to hear their advice.

On the other hand, a strict household creates lies and distrust. If the child knows that they are going to get into serious trouble for something they have done—even though most children in the history of children have done something similar—then of course they’re not going to be honest about it. It makes perfect sense to lie to protect oneself, especially if they disagree with the rule in the first place.

But if they feel close enough to their parent that they want to listen to the advice they give, they are going to be more truthful in their communication. If they feel like an equal party, like their opinion is respected, then they will engage in a more open and responsive way. 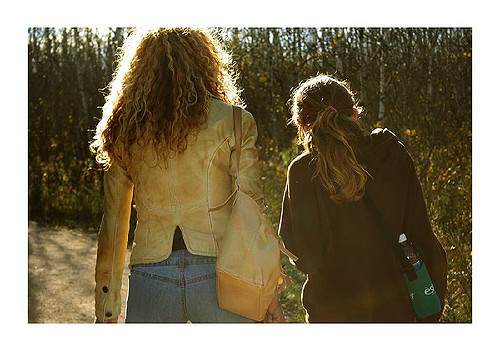 Another source of conflict is the different eras we grow up in.

Kids think they know everything and of course we know that isn’t true, but sometimes they are actually aware of something that their parents are not.

All parents want to instill proper values in their children and they want them to believe things that they also believe. But this is unlikely to comprehensively happen—every person is different and although there may be similarities, there are always going to areas where they disagree.

For example, the world is changing and with that so does social values, beliefs and practices. There is always going to be a generation gap if the parent doesn’t evolve with the changing times. So the old saying “respect your elders” won’t be well received by a child who doesn’t agree with the way an elder expects their fundamental principles and practices to be adhered to.

In this case, it is important to “agree to disagree” so that the respect of the friendship can be maintained. We do this with our friends all the time—we don’t force them to think and act the way we do, so why should we expect our kids to, especially when they are growing into their independent adult selves.

If the learning strategies we employ with our children don’t work and create a poor friendship, then we’re doing it wrong. We should aim to build a true friendship where our guidance is sought after and respected, not disregarded and disrespected.

Some great news is that it’s never too late for a parent to create a true friendship with their child. All it takes is some mutual respect, open communication, active listening, fair judgement and pure love. The parent should embrace their child for all their strengths and weaknesses, as well as the ways in which they agree and disagree.

The key is to simply treat them exactly like we would want to be treated.

Challenge Accepted: Raising a Wild One.

The Journey of Forgiving our Parents & Releasing our Family Conditioning.

What’s Your MBTI Personality Type? Enrich Your Life Through Self-Discovery.