Gratitude is Human; it is Impatient; it is Messy—Just like Us. 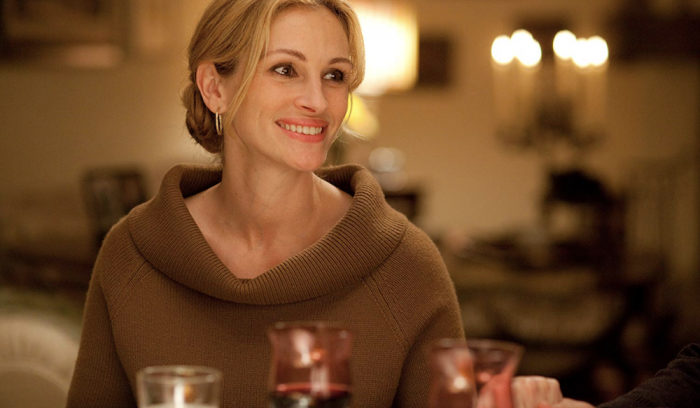 Thanksgiving is not a holiday that’s celebrated in my country.

All I ever knew of it was from the American sitcoms that I grew up watching.

As a child, I was fascinated by the big turkey dinners, creamy mashed potatoes, and, of course, the cranberry sauce. I didn’t understand how sweet cranberry went with meat. It always confused me, but I wanted to know.

When I went to college and began to live on my own, I found a group of people who became my family. When November rolled around in our second year of college, I began to pitch Thanksgiving to them.

“We could do a nice dinner,” I said. “Or maybe just lunch. Good food. Some bubbly. Nak’s lawn. Think about it, guys! It would be so much fun!”

I pitched it over and over again until they agreed.

We were to have a barbecue lunch at a friend’s home. I picked up cranberries, french bread, bags of chips, and a bottle of bubbly. Someone got the marinated meat. Someone got cottage cheese. Someone got potatoes to mash into creamy goodness.

It was late afternoon when we sat down for lunch. Five of us squeezed around a table built for two. There was barely room for all our dishes on the table. We held our plates in our hands and placed our glasses on the grass. Our little family was ready to dig in when I stopped them.

“Not yet, guys!” I said. “We have to go around the table and say what we are each thankful for.”

They groaned. I’d have to take the lead, I figured.

I launched into a toast to everything that I was fortunate to experience and have and witness during the year. My speech was eaten into by my friends complaining about the direct sunlight, how they were made to wait before eating, the bugs that were crawling around them, and how long I was talking for.

I forced them each to say something. Some complied and did a quick roundup of the year. Most of them said “Thank you!” and began eating.

This was not the dreamy event I’d imagined it to be. We had no idea how to prepare the cranberries right. The potatoes were lumpy and dry. Most of the barbecued food was over before we even sat down at the table we squished to fit around. No one had anything to say.

As we were eating, my friend’s folks burst into our lunch, drinks in their hands, swaying to the music that was coming from the next room.

“You kids are so boring!” they squealed. “Come dance with us!”

My friend’s mother threw her arm around his waist and took him with her, gesturing at the rest of us to follow. We placed our plates down and shuffled along, each bemused as we entered the room where the music was coming from.

“What’s happening here?” one of us asked. “Are we celebrating something?”

My friend’s parents and their friends were the happiest grownups I’d seen. His father was playing music with his old bandmates, his mother and the other ladies were swaying to the rhythm, a drink in one hand and the other merrily twirling in the air.

They grabbed us and brought each of us onto the makeshift dance floor. We had no idea what was happening, but the joy was infectious.

After 20 minutes with them, we made our excuses and left the room. When we returned, none of us bothered sitting back at the table or picking up our plates. We sat down on the grass, by the ledge, on the large swing close by. We grabbed both bags of chips and began to pass it around.

I raised my head to the sun, ran my hand through the grass, and began to pluck out chunks of it.

Gratitude is sweet, soft, and often inaudible. I realized that it wasn’t something I needed to strive to accomplish. It should never be painful to draw out of anyone.

I looked over at my friends being the goofs that they were—jumping on each other, yelling for the last piece of cottage cheese, snatching it from each other.

All we had to do was hold up a mic to parts of ourselves that were already whispering hymns of thankfulness. We just needed to allow the melody to become a little louder, to amplify the grace in us that was already showing itself.

Thanksgiving was nothing like I expected. We weren’t that perfect group of people I’d seen on TV, who would sit around a table and talk about what we meant to each other. We were never going to be those people. I tried forcing us into that mold, but we wouldn’t fit. We were loud, messy, and impatient.

One of my friends wanted to climb the roof. One wanted more alcohol. One wanted to go back and dance. All of them were yelling their ideas at each other.

But amidst all the chaos, there was gratitude—in spaces between our flesh and bones that were home to fragments of goodness, in the faith we kept nestled in nooks of our hearts, in the room we created between us where joy found a home. Amidst us, gratitude found its home ground.

I realized that our gratitude would never be almighty. It wouldn’t be grandiose or intimidating. It was scruffy, dusty, and unpolished. It sat on the floor and on pavements and was always up for a good tête-à-tête.

Our gratitude was less God and more human. It was our human condition of giving praise. And that’s how we brought in our first Thanksgiving, making it wholly ours. 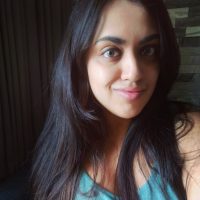 Soumya John writes about love, loss, healing, mental health, being a third culture kid, and treading the world as an introvert. When not writing, she can be found perched in a… Read full bio

100 Things I am Grateful for Today. The Coolest Thing about Gratitude.
See relevant Elephant Video