When the Worst Time is the Best time to Adopt a Dog. 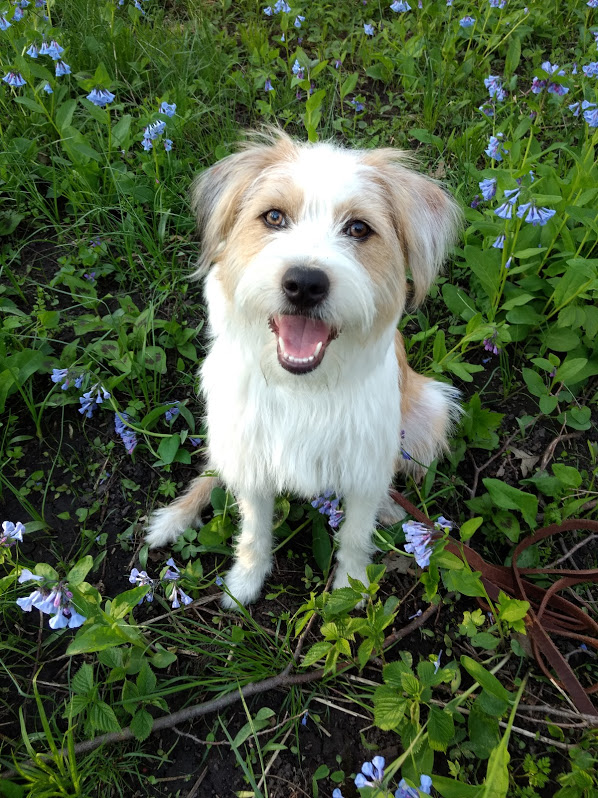 We adopted a puppy in the midst of my husband Darwin’s brain cancer treatment.

Only the dog lovers among our friends and families understood why we would want to add the stress of a puppy to the scene of pill bottles lined up on the kitchen counter, trips to Mayo, and midnight Google searches for cures.

We needed to laugh.

We needed to talk about something other than a tumor.

But there was a terrifying truth that remained unspoken: I needed a pup we could train together, that could help me survive emotionally in a world apart from my husband.

She is part Shih-Tzu, part Australian Shepherd. Flyaway fur, whiskery face, and a muppet-like expression. We named her Honey for her gold markings, but also as an on-the-nose nod to our former beekeeping and a children’s book about bees that will soon be published.

Honey is intensely clever, active, and driven to cuddle and recline while firmly pressed up against her humans. Though we’d had wonderful dogs in the past, Honey was the first to sleep in our bed. Having grown up on a farm, where dogs dozed in the barn and ate table scraps, Darwin was bemused by what was happening with this particular dog and our ridiculous level of mutual adoration.

We walked her through the winter, as she bounded through the snowdrifts, and we trained her to walk on a treadmill when the Iowa weather became too harsh. We also held out hope that the cancer had stabilized.

But in February, while driving with me on the interstate, they began again. Through a snowstorm, I managed to find a hospital.

The seizures continued through a long hospitalization. They were triggered by light; the culprit, a new tumor.

More treatment followed, along with more disability. Pain and nausea set in. Memory began to blur. Language began to slur. Once home, our daily walks were no longer possible, as his legs grew weak, and the sunlight triggered seizures. I ran Honey on the treadmill and hired dog walkers. She remained glued to Darwin at all other times, and so did I.

Humans find comfort in their rituals, and one of mine is baking sourdough bread. Each morning, we toast sourdough, slather it with butter, and savor it with a mug of tea or coffee. Honey waits at my feet, knowing that she gets the last bite. Her eyes don’t leave mine, and she trembles in anticipation. There is no better treat for her—not bacon, not cheese. Nothing is better than that single chunk of buttery sourdough toast.

It had been a torturous night for Darwin, and an even rougher morning. While he finally rested, I hurriedly toasted a piece of sourdough for breakfast, and stood at the counter, gulping tea and eating while Honey sat at my feet, waiting. I gave the last bite to her.

But instead of a quick gulp, she took the bread with a soft mouth and ran down the hall to our bedroom. I followed.

There, she hopped up on the bed and laid the bite of sourdough next to my sleeping husband’s outstretched hand. She curled up next to him.

Hot tears. I took a photo.

Honey had made a sacrificial offering, giving the very best of what she had, for the very worst of what my husband was experiencing.

He’d had time to say every goodbye, to encourage his beloveds, to repeat over and over how deep-down proud he was of our kids, grandkids, and me. And how he’d see us again.

When he died, Honey stopped eating. I bribed her with scrambled eggs, a return to puppy food. It took days for her to come around, and then only nibbles. It seemed she asked the question we were all asking—how would we go on without him?

The morning after he died, I took my first long walk alone with Honey. Numb and meandering, weeping and flooded with both love and loss. And every morning since, I continue to walk her. I time each walk so I spend at least half of it in the darkness before dawn, and half as the sun begins to rise. It serves as a metaphor—leaning into the darkness of grief, but allowing the daily promise of light to penetrate my moving through.

I don’t begin to understand the connection between humans and their dogs. I only know that with each dog we’ve loved and lost, we’ve felt that there would never be another we would love nearly as much, or who would love us nearly as much. But that’s not how it’s worked at all.

Dogs are pack animals, and humans are too. In the wilderness of grief, the need for the sense of pack is primal. And the gift the pack offers? Knowing you are not alone. 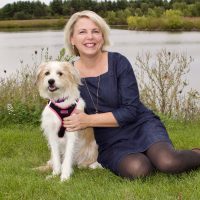 Maribeth Boelts is an author of books for children, who is weaving her way and finding her voice in writing for adults. … Read full bio

What to Do when your Pet Dies (Buddhist Tips & Mantras to Help you Grieve). Dealing with the Death of a Loved one—the Buddhist Way. Why Empaths Love their Dogs more than People.
See relevant Elephant Video