Finding Peace in Darkness: Moving through the Fear of Aging.

I am on a mission to live a life with meaning and purpose, as I begin to look the age of 70 in the face.

This month I turn 67 years old and it scares the crap out of me. To be honest, I don’t want to be old.

Mostly, I don’t want to be invisible.

Where are our elders to teach us how to face our fears of aging—fears that could include losing our brain functions to the darkness of Alzheimer’s?

My dad didn’t get old. Not really. He died when he was 59—with his boots on, as they say.

He was pissed that he had so little time left after being told he was dying of cancer. He died within a couple of weeks of his diagnosis, and had many things left to do. I will always remember how deeply disappointed he was that he had run out of time.

My mother was the exact opposite. Always a lover of order, she had the ultimate exit plan: exit with grace and comfort.

She died at 73 years old, divorced from my father, at peace, and ready to go. It was about as close to an assisted suicide as one can get in the year 2000.

For 10 years, she carried around an oxygen tank, and when she could no longer get enough to breathe, the doctors pulled all the equipment and gave her a morphine drip. She was happy as a pig in sh*t to go meet her maker.

Me, I am more like my father. It’s not the end game I care about, it’s the living before I exit that matters the most. And it’s also that which holds my greatest fears.

As I approach my birthday, I recognize a deep longing to make a mark in this world that I have not yet made.

I’ve got plenty that is not  yet accomplished. There is a passion in me to create, to deepen my purpose, and to be of service to others. I quiver at the thought of growing old without having the opportunity to reach my full potential.

In my quest to face my fears of growing old and search out teachers to guide me, I took a class at a local university this past spring—Growing Old in an Aging Society. My teacher, Jennifer Fitzpatrick, was delightful. The subject matter was not.

I learned that one out of three seniors dies with Alzheimer’s or dementia. The mid-stage of the disease looks like this: disorientation, confusion, difficulties with daily tasks. It just gets worse as the disease progresses.

My fears about aging deepened.

Where are my teachers to guide me?

It’s a mixed bag and I am finding them in the most unexpected places.

Deadwood: The Movie screenwriter and producer, David Milch, was diagnosed with mid-stage Alzheimer’s before his masterpiece launched on HBO. With this latest work, Milch, 74, executed a dramatic comeback while living with Alzheimer’s. This even after bottoming out and recovering from a long track record of drug, alcohol, and gambling addictions—two of which are things to avoid if we want to protect ourselves against Alzheimer’s.

Milch, described his feelings about aging and the disease in an interview with The New Yorker:

“You know, we all make deals, I suppose, in terms of how we think about the process of our aging. It’s a series of givings away, a making peace with givings away. I had thought, as many or most people do, that I was in an earlier stage of givings away than it turns out I am. It’s kind of a relentless series of adjustments to what you can do, in particular the way you can’t think any longer.”

Talk about the big let go.

Giving away our attachment to thinking? For those of us who practice meditation, isn’t that what we do on the cushion already?

Letting go of attachment to thought is a daily practice. But, wait, that’s only possible because we know that the thinking is coming back.

In shamatha meditation, the form of mediation that I practice, the thing that we can always count on is that the thought inevitably comes back. It is in the welcoming and letting go of the thinking, and the returning to the breath that the benefit of the practice shows up in our everyday life.

So, what if the thought never comes back? What is left—pure emptiness?

>> Is Alzheimer’s a disease that leads to an enlightened state of being?

>> Is advanced Alzheimer’s an absence of acceptance to this current state of mind?

>> Does Alzheimer’s even allow the mind to engage in the process of acceptance and find peace in the darkness?

>> Does meditation practice prepare us for the big let go when it matters most?

Lord knows I don’t have answers to these questions, but for now I am relieved that I have the questions.

One of the steps that experts advise to help strengthen one’s brain, and ward off Alzheimer’s is to practice spirituality in whatever form it speaks to us.

For me, spirituality has spoken in various forms throughout my life. Early on, it meant Christian forms. Later, a more secular higher power evolved into the study of Buddhism, and devotion to a guru.

Now, spirituality feels more like the deepening of self-acceptance giving room for spirit to move through me to benefit others—a spiritual evolution (that) has only come about because of my sustained meditation practice.

I hope that it is a training that brings me peace in the darkness, if it ever appears, and makes me generous and grateful for the care of others.

Even in the midst of the impending darkness that is descending upon David Milch, he does think about the future:

“And I’m determined to experience what life will allow me. I know I have a short while possible to me, but I don’t want to constrict or profane that with recrimination or a distorting bitterness. And I permit myself a belief that there is possible for me a genuine happiness and fulfillment in my family and the work I do.”

Amen, brother. May we all benefit from the peace of adopting such thinking. 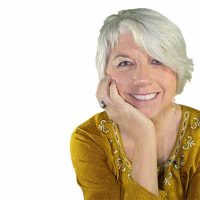 Dear Dementia: F*ck You Very Much. {Adult Language} Glow Up as you Grow Up: The Art of Aging Gracefully. Meditation is not about being Perfect, it’s about This. ~ Sakyong Mipham Rinpoche
See relevant Elephant Video