The reputation of the Nobel Peace Prize took a major hit when its committee refused to rescind it from Aung San Suu Kyi, the de facto Burmese leader who looked on silently as close to one million Muslim Rohingya were ethnically cleansed from her homeland in recent years.

But the Nobel Prize in Literature may take a bigger hit after it was awarded the other night to an apologist for the Bosnian Genocide, who spoke at the funeral of its principle perpetrator, Slobodon Milosevic. Reporters who covered the war are protesting, and nearby Muslim countries are boycotting the ceremony.

We should all be concerned over this normalization of genocide in an era when it is making a comeback.

Bosnia was a multicultural enclave, in an ethnically divided region, where the Muslim majority was picked off by snipers in the streets for three years by the Serbian militias Peter Handke—the recent recipient of the prize—would later honor.

So, in an era when over one million Muslim Uyghurs are being raped and tortured in concentration camps in China; millions of Muslim and Christian Palestinians are seeing their land stolen amid mounting war crimes in Israel; and well over 10 million Muslims are being starved by a Saudi led coalition armed and advised by the United States and the United Kingdom; the Swedish Academy, which awards the prize, is making something of a statement.

To honor an apologist for genocide against Muslims in an era in which crimes against humanity are being perpetrated against Muslims in several regions of the world is to make yourself a party to those crimes. For it sends the same message to the world as do all such prizes, which is that the activities of their recipients are respectable and therefore deserving of honor.

But while the deliberate extermination of whole peoples is rightly treated as the gruesome domain of ghoulish sociopaths, a Nobel Prize in literature or science is seen as the height of human achievement. And possessing the Nobel Peace Prize (in spite of having been awarded to former terrorists like Menachem Begin and war criminals like Henry Kissinger) has become roughly equivalent to sainthood.

Nobel laureates in literature are honored as distinguished truth-tellers, but the Austrian, Peter Handke, used his talents instead to deny the most burdensome truth of genocide, publishing a book portraying the Serbian aggressors, who committed genocide in Bosnia and ethnic cleansing in Kosovo, as the real victims.

The Bosnian genocide had its roots in the dissolution of the former Yugoslavia, a multiethnic state, strung together by communist ideology and strongman leadership. In his day, the dictator Tito fought off the Nazis in WWII before staring down Stalin to forge the world’s only independent communist state, which democratized industry from the shop floor up, before he died in the early eighties. But “the impossible nation,” as it was called, fell apart upon his death. For once the miracle of economic growth in the 50s and 60s slowed, ethnic groups began competing for resources—and all it took was a skilled demagogue to blow the whole thing apart.

Slobodan Milosevic pitted ethnic Serbs against Croats, Bosnians, and Kosovaars in a bid to carve out as a wide a territory as possible for his own better-armed and more numerous ethnic Serbs. The smallest and least well-armed Bosnian Muslims bore the brunt of it, suffering a series of brutalities that saw men forced to tear the testicles of their brethren off with their teeth, as their wives and daughters were sent to rape camps. It all culminated in a three-and-a-half-year siege of Sarajevo, which dominated the headlines, but the fighting and the sieges were worse in the countryside.

And besiegement of cities is reminiscent of both the Israeli blockade of Gaza and the Saudi blockade of Yemen.

A Bosnian friend who spent the better part of his childhood hiding in the basement, taking shelter from the bombs with the families of his building, complains how the international community is doing the same thing all over again, but this time it is worse. The international institutions that so scared the Serbians are, for the better part, broken by Russian intransigence and American bombast. And the global consensus that made intervening in Bosnia and Kosovo relatively safe and easy in the 90s is now all but shattered, like the lives of the victims it might otherwise save.

The world can appear a far more perilous place from the mountains overlooking Sarajevo today. It is a vertiginous landscape dotted with graveyards, memorials to a moment when children were shot at in the streets, as the international press pool looked on helplessly from their hotel windows. Serbians surrounded the city for three-and-a-half years, as inhabitants eked out an existence on periodic shipments of nauseating canned beef. As Serbian militias closed off access, Bosnian Muslims resorted to eating anything they could get their hands on and heating their houses with the last remaining pages of their novels.

The most recognized Bosnian at the time was probably Ivo Andric, another Nobel laureate in literature, whose contemplative early 20th century novels sought to make sense of the region’s multicultural complexity. The Bridge on the Drina covered half a millennium of life on a single bridge where ethnic minorities were just as often united as divided. And his Bosnian Chronicles portrays the region through the eyes of a diplomat, sent to this backwater at the time of Napoleon. Together, they point to the challenges and confluences of border zones, where ethnicities mingle and sometimes fight. It is a history as enshrined in the hearts and minds of its peoples as it is its architecture.

The heart of the old town of Sarajevo is dominated by mosques and an Ottoman marketplace but quickly breaks into the 19th century, Austro-Hungarian architecture of Central Europe. Still today, after my fourth visit to this quiet mountain retreat of a few hundred thousand people, churches sit comfortably just down the road from mosques. But it is a far more divided country, where Orthodox Serbs and Bosnian Muslims live in their own regions, coming to town only to work together. And it is a far more divided world, where genocide is fast becoming normalized.

And in turning our minds from its multicultural past to its divided present, the real tragedy of this year’s prize becomes most apparent. In a region torn apart by ethnic wars, Peter Handke used his literary skills to further tear people apart. And whereas literature has long been seen as an artistic means to see into the lives of others, he used his craft to harden hearts.

Handke has long been described as a fascist, and the leader he honored may have been the closest thing Europe has seen to Hitler since the Second World War.

Hence, onlookers would be right to ask whether the Swedish Academy, were they living in the thirties, would have seen fit to award the prize to Hitler’s chief propagandist, Joseph Goebbels. And all of those literary circles, and all of those dignitaries who let this year’s award slip by without comment would be right to ask themselves whether they would have even cared a wit. 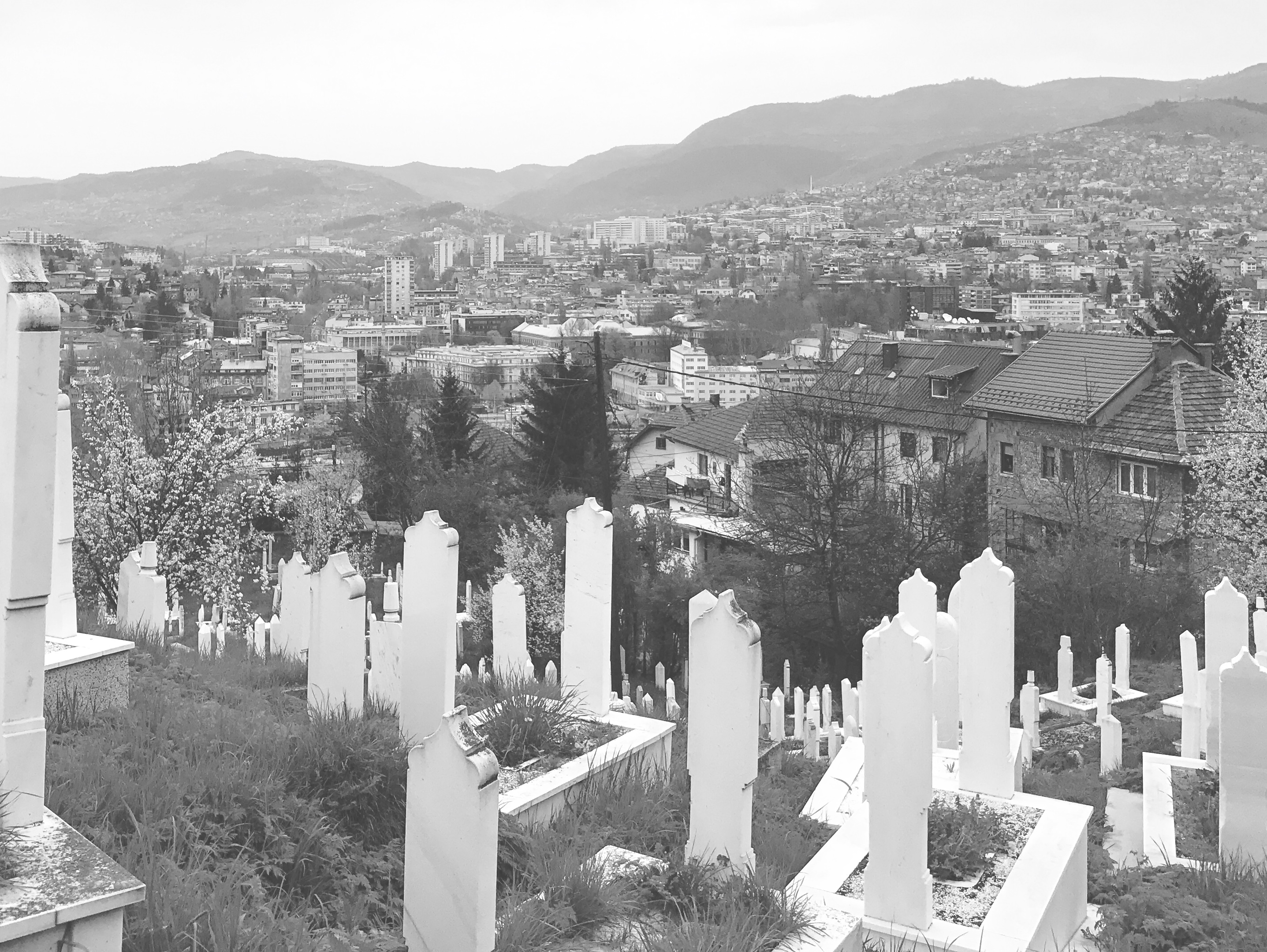 Theo Horesh, author of The Holocausts We All Deny.

Why Genocide is Exploding in the Age of Trump. We are Turning Away as Genocide Breaks Out Again.
See relevant Elephant Video