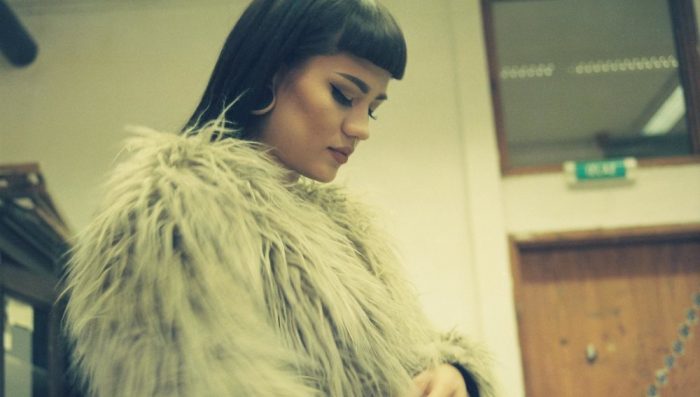 Date is one of those four-letter words—like love, need, care, feed, fine, fuck.

Loaded words that evoke hunger and shame, tenderness and curiosity.

When I said yes to marrying him, we both thought we meant it.

So it was a shock finding myself single for the first time in nearly a decade. I thought I was done playing this particular game—the dating game.

In the wake of our nine-year relationship sinking, I was clear—I did not want to date. Dating felt like some kind of a plasticized promise to me, a weird ritual I no longer knew the rules to, and I did not have it in me to figure it out.

It was a conundrum, though, as my body wanted sex, yet I need an energetic, and intellectual connection to even be attracted to someone.

I mean, Thor’s hot. But can he hold a conversation?

I’ve never had a problem attracting guys. But guys who are actually good for me? Meh.

Needless to say, I had daddy issues. Okay, I guess I need to say it—how cliché, but it’s true. Every man I had picked to date mirrored in subtle or blatant ways the disturbances in that bedrock relationship model. I’d danced in relationships peppered with suppression, inflammation of emotions, objectification, violence, poor communication, addiction, and infidelity. I knew I didn’t want to do that anymore.

I decided that the way to get around this dating thing was to just put it out there—that I’d like to meet someone who I could feed and fuck, walk the dog with, and occasionally take naps with. I guess in modern lingo, this is a fuck buddy.

I do not care for the term any more than I care to make a profile on Tinder.

There’s a GIF with a girl, hot dogs flying at her face, with the caption, “My inbox as soon as I change my status to single.” Yeah, it’s a little like that.

Naturally, I drew into my world a bunch of guys whom I was cool being friends with, but who could not seem to hear me when I said, “We’re not going there.” (Sex, I mean.)

Maybe my body’s language did not match the words coming from my lips, maybe these guys couldn’t hear or see me through their own fantasies and projections. We would hang out and speak of deep and silly things, as is my nature—I love to play—and they would fall into non-reciprocal fantasy land, in which I was going to be their little woman.

I would feel the subtle and blatant territorial plays they would make, like psychically being peed around, as they reached for my hand or touched me in intimately, unrequested ways.

I felt unheard, unseen, and undervalued. I would either withdraw, stop responding, or stand up for myself, telling them—point-blank—sex was not part of our connection.

I lost a good friendship, which I thought had a solid, spiritual core to it. This was sad for me. It was a big fear—that if I laid down a boundary, I would lose the connection, and I did.

Do I not have value beyond being datable?

Amidst being wanted by men who I did not want, I also developed a bizarre crush. You know the type—you text, he texts back, then doesn’t. We’d run into each other at the co-op, or a late-summer evening market, liminal light as teasing as our banter, dogs in tow. We’d gush and flirt and talk loudly, blush and feel awkward. It was fun, and it blew my circuits. Just being in proximity to this guy, my whole energetic field and body would flush. I would speculate—from what he shared with me, and what I could intuit—we had similar family trauma.

A body recovering from trauma cannot tell the difference between a trauma trigger and arousal. Read that again.

If a person has experienced significant adrenal rushes in their life, especially if those were associated with someone with whom they were intimate, a parent or a lover (both, for me), biologically, fear warnings and arousal feel a lot like the same thing. It’s confusing. It’s also how a lot of us wind up doing the same toxic relationship dynamics over and over and over again.

I saw a skilled counselor, regularly; she was my grace. I cried buckets. As layers peeled back, memories and pain surged to the surface. I did work to recover from a long-held, unprocessed sexual assault that happened when I was 21. In case you’re not sure, date rape is most definitely rape. It sounds a bit more polite to add date in front of it, like it was just a social rape, so not such a big deal.

No means no—when you’re unconscious as clearly as it does when you say it. No. It’s a big fucking deal.

Damn, we just went dark. But you can see, maybe, my conundrum around entering the dating world with that kind of emotional baggage still unpacked. I was not likely to pick a man who would be good for me, and I knew it.

I needed to be alone.

I lay on my floor, or in the cedar sauna at the local hot springs, and breathed into the places that had been wound so tightly. My body let go of tension in my hips and jaw—anxiety that I did not know I had been holding. Long-held trauma bond patterns, in which I was willing to sacrifice my comfort to make others happy, simply dissolved into my new mantras: No. No thank you. Absofuckinglutely not!

Discovering my own healthy boundaries has been a key to being able to let my guard down. When I let people know exactly where they stand with me, it allows me to relax into my own skin. Knowing that I will choose me over anyone else gives all my decisions a core value that had been missing for years—maybe forever.

It’s lovely when someone can run their fingers lightly over our scars, and rub salve into our heart bruises, but ultimately, another’s love will not be able to seep into all the places that we ourselves do not want to go.

I’ve been into those dark places and found the parts of myself I had tried to get others to carry for me, and I now carry them like recovered treasure. My heart is permanently raw—it always will be—because that’s the way I want it, tender, not armored.

Dreams of my inner masculine coming home to me, holding me, being with me, viscerally, stalk my sleep. He, who is a deep part of my psyche, has emerged, and, with his appearance, I’ve found a dignity that had slumbered beneath the trance of questioning my own self-worth, in the absence of another’s attention.

If there is someone who I can talk with, make food with, someone whose touch sets my skin afire, and whose mind kindles curiosity, someone who wants to engage in the quality of care, dedication, honesty, and courage that I have cultivated in here—for myself—then we can play.

When I tune into my body, warm tingles welcome me.

I am ready to date.

F*ck Buddies. We all have Daddy Issues: How to Move Past Them. Yes, I am Single. No, I’m Not Available.
See relevant Elephant Video