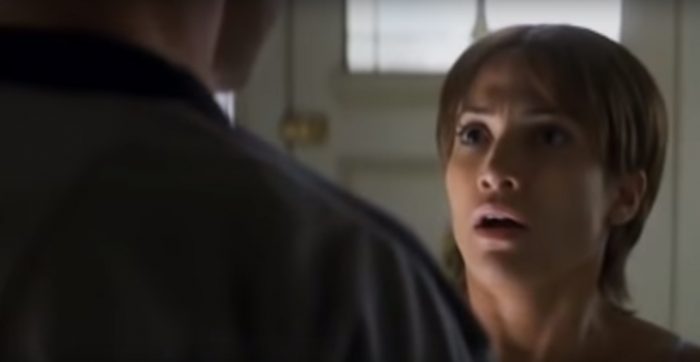 ‘Tis the season. To talk about domestic and intimate partner violence and abuse, that is.

Because what we know, statistically, is that the incidence of domestic violence charges, and police-related incidents and involvement goes up substantially over the holidays.

Mix in financial hardship, family stressors, a few too many drinks, a feast of unresolved issues, and a dash of being cooped up with an abusive partner under one roof. Then, toss it together with additional burdens and unreasonable expectations. Put it in a holiday pressure cooker, and it can be a recipe for disaster. Yes, chances are it was already brewing, but holidays can add fuel to the fire.

What you may not know, is that the calls to crisis centres, safe places of protection, or for help from a family member or friend decline during the holiday season.

Women are less likely to reach out for help before it escalates into a police occurrence during this “magical” time of year. It’s a time when appearances really matter, when people feel even more compelled to keep up with the Joneses, to try and just keep the peace for the sake of their family, or to not upset their children. Why ruin a special occasion?

Mental abuse also seems to peak, eroding another person’s power to keep them in silence and in their respective “place” at family gatherings.

First and foremost, let me state that I am a cisgendered woman, speaking from my own, personal perspective. Hence I have used pronouns accordingly. However this is not to say that men are the culprit and women the victim. Nor is it to say that these problems are exclusive to heterosexual relationships, or even intimate relationships for that matter. The attempt or intent to control another human being is not exclusive to any type of relationship, age, gender, or sexual orientation.

It happens with family, it happens with friends. It happens between parents and their children—anywhere that there may be an imbalance in power, or a perceived threat of being found out.

I am utterly disgusted by people who make remarks like, “She stays. Maybe she likes it.” Let me state firmly, that no one likes being abused. It does not start out that way. It starts generally with immense emotion, flowers, kind gestures, and love bombing. I highly doubt that if I went on a date and a man called me a b*tch, or slapped me across the face that I would ever go on a second date.

If you ask any woman why she stayed in an abusive relationship, the chances are high she didn’t even know she was in one.

Abuse is slow, insidious. It’s the left hook we never saw coming. So how can we predict?

Before he (or she) hits you, there are often subtle signs—even a gut instinct—that we often confuse and ignore as just butterflies in our stomachs. It’s important to clear the fog:

I  am not referring to someone needing a time out, to stop and think. What I am referring to is a person who uses this kind of behaviour as a means to emotionally manipulative the situation. This is not being nonconfrontational. This is about being coercive—an attempt to force the another person to break down, give in, even apologize for causing that person to behave in this manner. It many seem harmless, since at least he or she isn’t yelling, but it’s insidious. It’s gaslighting. It may look a lot like being in control of one’s emotions. It’s not. It’s about controlling yours.

It’s passive-aggressive at its best and psychological torture at its worst.

Anger is a normal human emotion. I think sometimes we forget that. However, how one handles it is a choice.

Yes, we have all lost it, had a melt down, or blew up and said things we regret. But the key factor is whether we take an honest look at our decision, are sincere about responsibility for our behavior, admit our actions as wrong, and do what we need to do to change it.

The question is whether these are isolated incidents, or rather a schema or pattern of behavior? Yes, it may well be, a maladaptive defence mechanism for coping with anxiety; even coming from a deep-rooted sense of fear, rejection, or both, starting in childhood.

However, if one can contain their emotions, frustrations, and difficulties at work, school, and family functions, then it’s clear that indeed they do have the capacity to regulate their anger and have chosen not to do so with us. Read that again.

One begins to think its their fault: If I hadn’t said that, he would not have punched that hole in that door. I heard that recently from a 17-year-old girl. It was not a matter of if but rather when. If someone is that volatile, it will always come out eventually, whether it’s because we took a stand, or because he was hurting about something, letting it brew, and then blew up on us.

Yes, some do have mental health issues that directly effect their ability to regulate emotions, even in other social situations outside of intimate relationships. While that may explain them, it does not excuse them.

Listen really carefully to the way in which a person speaks of their past relationships.

Do they accept their role in the problems they experienced as a couple, or is it never their fault? We all make mistakes, but will they own them? Can they admit cheating was a grave violation of their ex’s trust, or do they make excuses or blame their ex’s lack of affection, or low self-worth? If they have children, do they take care of them, or do they complain, pass blame, and make excuses for why they don’t?

I’m not saying that people cannot change. They can, and they do, and it’s hard work. It requires accountability, an examination of self, and a choice to break those narratives in order change the schemas in their lives.

If they won’t do the inner work, their history will inevitably become a prediction of what your future just may look like.

If we regularly feel a need to tiptoe carefully around someone or their feelings, never knowing what might trigger them, and always feeling that we are treading on thin ice for having a thought, feeling, or belief that differs from theirs, we may be in trouble.

Can you share freely, discuss openly, and have a conversation? Or, do you feel that it’s best to not poke the bear?

If we find that we need to censor ourselves to keep the peace—if we need to change that outfit, not go to that place, or hang out with that friend, because they would not approve of that action, it’s a control tactic. Every time we cave in, the imbalance of power widens.

When healthy boundaries are seen by another person as an offence—a fence to take down a few notches and climb over—these are all signs to run.

I use the theatrical analogy because Jenny didn’t tell Forrest to sit down in the middle of the woods because he had leg braces on. We all have metaphorical braces in one form or another. But that does not make us weak or less worthy?

Jenny didn’t say to wait for the bullies to beat him down because it seemed inevitable or unlikely he would escape. She told him to run before they caught up to him.

And as he ran, the leg braces that had kept him walking slowly, cautiously, with a bit of a limp—those chains of sorts—came off. Forrest broke free of his restraints and ran his way to freedom.

He heard them coming from off in the distance. He knew what was inevitably coming. Long before they put a hand on him, those bullies intentions were crystal clear, and he ran.

Sometimes we need to pay better attention—take a step back, and really watch and listen carefully for those signs of what could become imminent danger, long before it ever arrives.

I am not Your Victim. ~ Eleonora Zampatti “But He Never Laid a Hand on Me…”—Understanding Emotional Abuse. Supporting a Victim of Sexual Abuse: 6 Do’s & Don’ts from a Survivor.
See relevant Elephant Video