Emotional Intelligence is a Muscle: 7 ways to Raise our “EQ.” 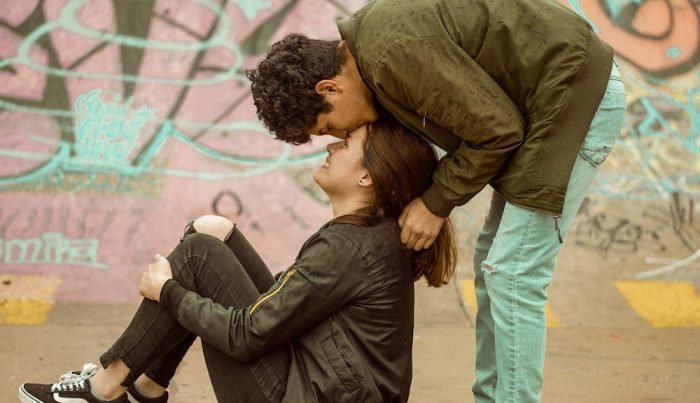 Some of us might remember a time when there was a particularly interesting finding—that people with average IQs were outperforming people with high IQs.

Perplexing, to say the least.

We were then hit with the emotional intelligence bombshell. The emotional intelligence (EQ) revolution sparked a frenzy of finally discovering, in essence, why smart people do stupid things. That’s a gross understatement, but the term was coined in 1990 by Peter Salovey and John D. Mayer and then extensively explored and researched by Dr. Daniel Goleman, followed by many others.

Peter Salovey and John D. Mayer defined EQ as “a form of social intelligence that involves the ability to monitor one’s own and others’ feelings and emotions, to discriminate among them, and to use this information to guide one’s thinking and action.”

EQ is difficult to measure, unlike our IQ.

However, although we can do very little about changing our IQ, we can work our EQ like a muscle and work it as hard as we would on leg day.

We’ve all had that friend, or cringe-worthily been the person, who has gone through a breakup and been absolutely devastated, gutted, and shattered. Yet we spent most of the relationship complaining about how our partner wasn’t right for us or how unhappy we were within the relationship.

Having a higher emotional intelligence comes with developing a robust vocabulary, and it’s an opportunity for us to accurately identify our emotions.

Were we devastated? Or were we simply heartbroken?

Were we shattered? Or were we simply disappointed that we had invested time in something that wasn’t working?

Mislabeling our emotions can lead us to make irrational choices and, in most cases, amplify the negative. By grasping the core of how we are feeling, we clarify it and empower ourselves in difficult situations.

2) Change is an Ally

It’s no secret that so many of us are downright terrified of change, and, as we have been accurately told, it’s the only constant. People with high emotional intelligence understand that adapting is part of life, and that it requires flexibility.

See change not as the enemy but as an ally. The alternative is that the fear of change will cripple happiness and success and keep you on the couch, watching reruns of “Game of Thrones.” Series binging is a good indicator of taking the, “I don’t want to face it, let me see if I can find satisfaction in doing this” approach.

Emotionally intelligent people also perform a nifty little trick and in certain situations will pre-empt a change in order to handle it better.

We all hate being blindsided. Have a plan of action for a change you can see coming. Prepare yourself emotionally and mentally, and, if the change is an unsuspecting one, which many of them may be, be flexible enough to move with it instead of wasting your energy on fighting against it.

We live in a culture that is falling more and more in love with the idea of being offended, pretty much by anything. Highly emotionally intelligent people often do not get offended; they have a firm grasp of who they are and what they believe in.

When you develop self-confidence and you are open-minded, you naturally develop a thick skin and are concerned less about what others are doing and how it could possibly offend you. Your focus is where it should be—on you and what you are bringing to the table of society. It also helps a great deal with tolerance.

We aren’t all going to sit fireside singing kumbaya, holding hands (not yet, anyway, the hopes of an optimistic writer), but we can sure as hell respect each other.

Have you ever genuinely tried to be grateful and negative at the same time? It’s impossible.

A way of developing emotional intelligence is finding appreciation for the things you have. Not the surface level kind of gratitude, but the kind that tickles your soul with goodness when you think about it. The University of California, Davis, researched the effects of practicing gratitude and found that it decreases the stress hormone, cortisol. People were holistically healthier when they did a daily practice of what they are grateful for.

We all have an inner critic, the one that likes to tell us the usual—we aren’t good enough, smart enough, pretty enough, successful enough, and so on and so on. This is, of course, perpetuated in mainstream media, as we are constantly bombarded by perfection and whom advertising thinks we should be. Good marketing is both a gift and a curse.

To develop a higher emotional intelligence, we need to silence the inner critic. The more we entertain negative self-talk, the more power is given to it. The more power we give to it, the more we start to believe it and the more our actions will be aligned with that way of thinking.

We have this self-destructive tendency to hold onto things that no longer serve us and we can find ourselves, sometimes years later, harping on about a mistake we made or lying awake in bed going over every single detail.

Don’t get me wrong, mistakes are vital! Make many. We simply would not grow without them and no one wants to be a permanent resident of stagnation town. But a high emotional intelligence equates to being able to take what the lesson was, apply it to new circumstances, and let go of the rest.

There are people who are simply toxic to our own well-being. It’s often exhausting and de-motivating to deal with these kinds of people, but, in an effort to develop emotional intelligence, we need to not fuel these encounters.

A high emotional intelligence means recognising this person and their behaviour and staying neutral. The more anger and frustration that we allow to take over, the less fruitful the encounter will be, and maybe the situation requires only your exit.

Emotional Intelligence: What We Really Need to be Teaching in School. ~ Dakota Snow 5 Attributes of Emotionally Intelligent People. The most Painfully Beautiful depiction of Heartbreak I’ve ever Seen. {Video}
See relevant Elephant Video