What Dismantling the Patriarchy Really Means 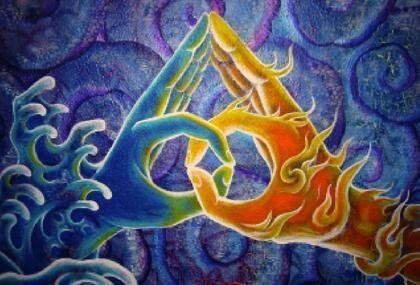 What Dismantling the Patriarchy Really Means

A hot buzz word and movement has begun in society with regard to “destroying the patriarchy.” This has to do with oppressed groups in society reacting to the power of the white man, fueled by centuries of injustice. In this article, I seek to explain distorted masculine energy of excessive action and ego, and distorted feminine energy of submission. I will address how to effectively dismantle the patriarchy.

For centuries, men have been raised in societies that have taught them that to be in control is successful and expected of them. We, as a collective, have reinforced patriarchal structure in traditional relationship beliefs that the man should pay for dinner, or the man should propose to the woman, or it is the man’s job to “save” the woman. Men have been given privileges in the 3D world over women with regard to work – there are more male bosses, men overall are paid more than women, men are more likely to be hired (a woman may need maternal leave etc). As the feminist movement has continued throughout history, it seems we in the western world are desperately pushing to balance the scales between the masculine and feminine divide. The election of Donald Trump along with his heavily distorted masculine view has been a remarkable catalyst for America and an awakening that has encouraged oppressed groups to speak up, set boundaries and heal long-held societal anguish.

The distorted masculine is the construct we have made as a western society of how men should be – a leader, financially secure, gainfully employed. The distorted masculine operates in a winner/loser mindset, has a fear of being seen as weak (will usually not express his emotions openly), has a major fear of intimacy and is extremely rational in his approach to everything. He will often pursue grandiose ideas in the 3D world (in pursuit of “power” as this is something he can control and operates as a distraction from addressing his emotions). The distorted masculine lives in a world he has created in his mind at the total dismissal of his heart’s desires: the divine feminine energy within himself and as a [1]counterpart. Until the distorted masculine can overcome his fear of intimacy and heal the wound of rejection for “not being good enough,” he will not operate in divine masculine energy that has the power to dismantle the patriarchy (ego).

The “Me Too” movement was the awakening of the divine feminine energy seeking to emerge into the world and reclaim her power. It is stepping out of distorted feminine energy: being too allowing, afraid of conflict, afraid of taking control of situations, waiting for things to happen and feeling disempowered in speaking her truth. The divine feminine energy entered the western world with such a force that it is pushing against distorted masculine energy. However, the approach is not receiving the results that it should because many in society are operating in offense mode rather than seeing the bigger picture of why the patriarchy exists in the first place: the underlying, unhealed parts of masculine energy and how to encourage the masculine to heal these wounds rather than reinforce them by pointing the finger.

The Masculine and Feminine Convergence

In order to dismantle the patriarchy, one must heal the distorted qualities within themselves by confronting their shadow side. For what the patriarchy actually represents is the dark side of the ego and the misalignment with love. Both feminine and masculine energies have core wounds that need to be healed within themselves (ironically both the same wound: fear of inadequacy). When the feminine masters her headspace and the masculine masters his heart space, the two energies will emerge and a balance will be restored in society. This is not to say that everything will be perfect, but to suggest that an equilibrium will be formed, and the 3D world will operate with more ease and less chaos.

Encouraging the masculine to engage with his emotions, creating an environment where he feels safe to do so free of judgment will aid in the healing of this core wound. Teaching the masculine that winning/losing is an illusion and they are most successful when they operate in their authentic selves will also lessen this competitive, ego-driven nature and heal the unconscious “I need to be better than” energy he carries. Teaching the feminine that boundaries are healthy and important, that her dreams need a practical plan and she should speak up without fear of conflict because her truth is valid will help her to heal the unconscious “lesser than” energy she embodies. Attacking the other in the hope to find a solution will not result in one, for the attack itself comes from a place of fear and ego and will, therefore, be met with fear and ego.

In summary, I hope this piece encourages you to work on the shadow aspects of yourself and raise your awareness of the unconscious wars others are fighting so that you may hold compassion and approach changes in societal structure through a lens of collaboration, rather than push/pull.

[1] This is not to express that men and women belong together as a unit. Every individual has both feminine and masculine energy inside of them. However, one will dominate the other as a primary and both need to be healed in order to come into sacred union.

Please review my piece on self-love vs. narcissism for more information on how to grow in authentic self-love. To understand more about fear and love and how these constructs play out in our relationships with us, this can be found here. 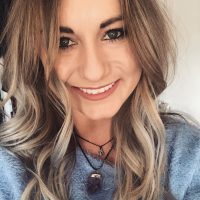 Bonnie Jean Warren is a writer, poetess, aerialist and human being. Her personal memoir, Entertaining the Boogeyman is available on Amazon. The book is about the dark side of … Read full bio