Becoming a Crone: Finding Courage to Practice Commitment to the World 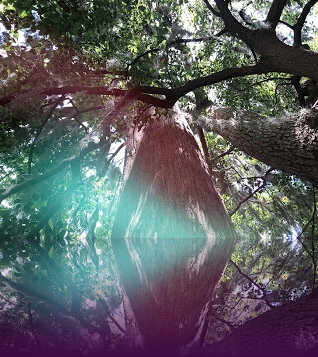 I look at the picture of the wise woman, elder in her community and I wonder if anyone sees that in me. Now perhaps age has something to do with it, but as the final two years of my sixth decade lead me down a path to my seventh, I will be honest—I am envious of the apparent contentment and comfort in the face of that wise woman. Now, mostly I am at peace with where I am in my life, but I struggle at times with how to become that woman of courage and wisdom who calls to me through the mists of a life presumably left to live. Not everybody agrees about how one becomes a crone. For some it is purely a life stage, a passing into menopause or through it, or achieving a pre-determined age. This has not been so for me. My life circumstances, and my mind, body, spirit illnesses have led me to a different understanding of struggle, crisis, and aging. This has altered the way I experience this transformation. But it is more than just that. At the risk of stealing the old Carnegie Hall joke, I have come to believe that the answer to the “when” question is simple:  practice, practice, practice.  I’ve got to practice my listening, my responding, my knowing of wisdom and lack of it; and I’ve got to practice my willingness to give it all I’ve got to change the path the world seems determined to take toward division, chaos, hatred, and killing our great Mother Earth.  That’s what I practice in one way or another every moment of every day.  This practice does not always look or feel like I thought it would and I may be unable in the moment to see its value; but it is practice nevertheless. That willingness to practice is how I’ve earned my way into the sisterhood of Crones.

So far, this has not meant that I sit in a cave somewhere with candles burning, chanting songs to the Universe. It’s okay if others do, it’s just not the way I have practiced living into my life stage of Crone. I have had to come to terms with the fact that in the Maiden, Mother, Crone trilogy, nothing comes after Crone. Although I could choose negativity or fear at such a statement, it’s not where I have landed in that reality. I choose to believe that it was as Maiden and Mother that I learned the basic steps for the coming dance.  This is the dance for which I have prepared, the dance that is the swirling of energy into the role that I will play in transforming the world. And, it is my last chance. It is time for me to put aside the excuses that have grown old on my tongue, the “when I find the time” or “when life slows down” and do it now—not later—now. So, practice it is: 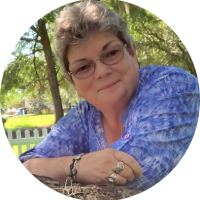